It began with a simple question: Where are the hardest places to live in Canada?

The question had been tackled before, in the United States. Last summer, The New York Times published some stories and maps on "where Americans are healthy and wealthy, or struggling" (Clay County in Kentucky was deemed the country's most difficult spot to live).

So this year some Canadian researchers at the Mowat Centre set out to replicate the idea, which was based on employment, median income, college education, disability, life expectancy and obesity data for 3,135 counties from the U.S. census.

Unfortunately, the project hit a snag: Canada has lousier data. The analysis could not be completed with the same level of detail as the U.S. effort. This country's wealth data was bad. Its health data was worse.

"When we set out to create a map of the Hardest Places to Live in Canada, we wanted to create an interactive, evidence-based tool to encourage discussion about inequality," the authors say in a paper to be released Thursday. "Given the challenges we encountered along the way, we shifted our focus to how the evidence needed to support that conversation is lacking."

It is very difficult in Canada, they conclude, to make useful, community-level comparisons across the country using current survey data.

The result is a canvas of Canada that looks half finished.

Vast swathes of the Prairies – Saskatchewan and Manitoba – had to be left blank. So did much of Labrador.

This has bigger implications for cash-strapped governments that should be directing investments wisely to those areas that are most in need, according to Sunil Johal, policy director at the Toronto-based public policy think tank.

"The value of this kind of map is visualizing which areas are challenged and which aren't, and that will really help governments develop more targeted, responsive services," he said.

The effort showed "that if you can't even see what the problem is or diagnose the problem, it's really hard to fix it," he said. "It's kind of like performing brain surgery with oven mitts on."

What they thought would take two or three weeks took four months – and resulted in far less detailed results. They had intended to examine well-being in 300 census tract areas; they wound up with 95.

Ultimately, it found Nunavut is the hardest place to live in that group of 95 regions, while York Region, north of Toronto, is at the top (the 905 area code generally does well, though these places are also home to growing disparities).

The project, produced with the financial backing of the Maytree Foundation, used 2010 to 2013 data from the Canadian Community Health Survey, a voluntary annual survey with a sample size of 65,000. The project didn't use the last voluntary national household survey due to difficulties in comparability and in assessing data quality for smaller communities.

The researchers want to see the mandatory long-form census not only reinstated, but expanded to include more questions on wealth and health. They recommend more sharing of information between federal government departments and more tools, such as online searchable databases, to make data more accessible and useable.

The irony is that the lack of data on the public side comes as Big Data is giving private firms unprecedented access to rich details about customers' lives.

"The trend in the private sector, for companies like Google and Uber, they're making brilliant decisions, strategically, because they're collecting more and more information, mining it and refining their services and products," said Mr. Johal.

"And what we're seeing in Canada is governments stepping away actively from getting that information – so that makes it really hard for us to make those smart decisions and invest in our future." 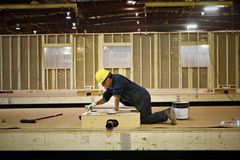