Faced with the prospect of having to leave behind four Iranian classmates at the U.S. border due to travel restrictions proposed by President Donald Trump, the graduating students at Montreal's Westmount High School had a decision to make: Should they take their chances or sacrifice their planned class trip?

Their original itinerary was going to take them on a tour through Washington and Philadelphia this spring. But the border issue led to a debate and, ultimately, to a change of plans – the class will now be travelling to Toronto and Niagara Falls, instead.

It is not quite as exciting, but it will keep everyone together.

"We're not trying to take any political stand," said Westmount teacher Sabrina Jafralie, who organized the trip. "It was just that we don't want to be separated from anybody. The kids were very clear that … we're a family and we were going to travel together."

Canada's largest board, the Toronto District School Board (TDSB), was the latest to say it will stop booking trips to the United States in light of the uncertainty surrounding restrictions at the border – raising the question of whether schools are overreacting or being prudent.

The TDSB said last week that already planned trips – 24 of them involving about 800 students – would go ahead, but that groups will return home if any students with appropriate documentation are turned away at the border. Further, those 24 trips would be cancelled and refunded if U.S. orders are approved that would bar certain students from crossing the border.

Ryan Bird, a spokesman for the TDSB, said school administrators are not overreacting by issuing new rules about school trips to the United States.

"This is about being uncertain about the new travel restrictions should they be implemented and not wanting to put our students in very difficult situations at the border," Mr. Bird said. "Should we receive clarification about what our students can expect at the border, we may revisit these decisions."

Mr. Trump's executive order earlier this year barring citizens from seven – revised to six – majority-Muslim countries from entering the United States was eventually blocked by the courts, but caused several Canadian schools, including Westmount, to rethink their travel plans. Although the travel restrictions Mr. Trump announced earlier this month have been on hold as they face court challenges, they could come into effect with little notice.

The Greater Essex County School Board in Southwestern Ontario decided in February to cancel a handful of U.S. trips, and the Pembina Trails School Division in Winnipeg cancelled one track-and-field trip earlier this year because it wasn't certain all students would be able to cross the border.

Brad Stromberg, a spokesman for Edmonton Public Schools, said a school trip beginning this past weekend was initially supposed to go through London, but was redirected to Germany at the last minute because of the terror attack. About 17 students are spending most of this week in Germany and the Czech Republic.

"The decision to avoid London was made following [last week's] fatal attacks. You're right, the Canadian government does not have a travel advisory, but when involving students, it's prudent to err on the side of caution," Mr. Stromberg said.

Similarly, the Calgary school board has suspended trips to France and Belgium, a decision that was made following recent terror attacks.

Toronto parent Katie Lynes said she has heard disappointment among families about the cancellation of school trips, but there is also unease about events in the U.S. and elsewhere.

The TDSB travel ban mostly affects music students at her daughters' school in north Toronto. The music teacher usually organizes trips to New York and Chicago, and is now considering options within Canada.

"Our board, and our school, is multicultural and inclusive, so the idea of certain kids potentially being stopped at the border or turned away does not sit well," Ms. Lynes said. She added: "Disappointment over cancellation of trips is something that kids and families should be able to handle, especially when they realize that it's in the service of larger principles, such as equity, inclusiveness and fairness."

At Westmount, Ms. Jafralie, an ethics and religion teacher, said discussions about changing the itinerary allowed for a learning opportunity for her students. She and her students were disappointed that they wouldn't visit the American sites, but not upset enough to leave classmates behind. 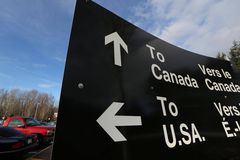