The Canadian military says northern Iraq has grown more dangerous for hundreds of special forces soldiers deployed there and Ottawa will no longer be divulging basic details about Canada's mission to help the Kurds fight Islamic State militants.

Military leaders said Canadian troops have engaged in firefights with Islamic State fighters on "several instances" since January, and while the leaders declined to say how often this happened, an official later suggested the number of exchanges of fire was less than 12.

The military leaders said Canadians fired on Islamic State in self-defence, in defence of their Kurdish allies or to protect noncombatants and that no Canadian soldiers were injured. "The mission has changed since the spring. It's gone from a more defensive posture to a more offensive one," Brigadier-General Peter Dawe, deputy commander, Canadian Special Operations Forces Command, told reporters.

The military said that, as the fight against Islamic State forces evolves, the Canadian soldiers are spending less time in classroom settings training the Kurds and more time "overseeing execution of operations" on the battlefield.

This means Canadian troops are spending more time at the front line in a mission that Ottawa insists is an "advise-and-assist" operation and not a combat deployment.

"We are more engaged on the line – there should be no doubt about that – and, by extension, the risk has increased to our troops simply by virtue of time spent at the line and the work we're doing now in a more dynamic and fluid environment," Brig-Gen. Dawe said.

The military said it will no longer be telling Canadians – as it did in 2015 – how often Canadian troops are at the front line, what sectors they are deployed in, how often they paint targets to call down airstrikes for coalition forces or precisely how many times they engage in firefights with the enemy.

The Trudeau government promised an end to Canadian combat operations in Iraq in the 2015 election campaign. After taking power, the Liberals ceased aerial bombing in the region, but committed to tripling the number of special forces soldiers on the ground whose job is to help Kurdish fighters take on Islamic State troops.

The Liberals and the military are emphatic that what they call an advise-and-assist mission in northern Iraq is not combat even as they now refuse to provide the kind of information that might help voters judge how risky and hostile operations have become there.

Canadian officials are citing the risk that Islamic State militants could use details of Canadian operations against this country's troops or their Kurdish allis.

"We're dealing with a very crafty and well-informed enemy," Brig.-Gen. Dawe said. "I'm very concerned with operational security notwithstanding perhaps what has been said in the past. Things have been evolved."

Separately, the military says they foresee the fight against Islamic State will take a long time even though the U.S.-led coalition assisting Iraq has managed to recapture territory and box in the jihadists.

The terrorist group is expected to resort to guerrilla tactics to prolong the fight against Kurds and Iraqi government forces.

"Daesh remains a capable entity and still controls substantial areas of Iraq which it defends aggressively ... [and] defeating Daesh will take many years as it will likely revert to asymmetric and insurgent tactics as it loses territory," Lt.-Gen. Bowes said.

The Kurds and their allies are still preparing for a bid to retake Mosul, a stronghold for Islamic State in northern Iraq.

Canada ended its bombing campaign against Islamic state after the Trudeau government took power but Canadian military spy planes are still gathering battlefield intelligence for coalition partners. Canada is also offering medical support for the fight against Daesh and providing lethal aid to Iraqi forces in the form of small arms and ammunition. 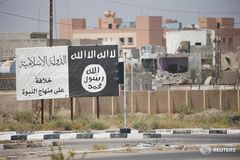 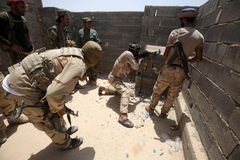 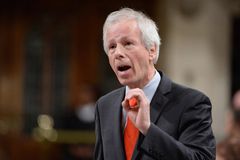