Canadian special-forces soldiers are on the ground in Mali to protect this country's diplomats as more details emerge about the extent of Canada's deployment to this conflict-ridden region of Africa.

Confirmation of this military footing comes as Canada's development aid minister prepares for a donors' conference in Ethiopia on Tuesday where Western nations will be asked to contribute cash to help African troops fight Islamist rebels, who have plagued Mali and surrounding countries.

France is beginning to restore government control over rebel-held territory in northern Mali, including the northern city of Timbuktu, and has received new pledges of help from Western allies – including troops from Britain and drone support from the United States.

Canada has already sent a heavy military transport to help France beat back Islamist extremists in Mali but has vowed to avoid joining combat operations there.

The Canadian government refuses to publicly comment on any special-forces presence in Mali but insists it has not changed its policy on combat.

However, special-forces troops are guarding Canadian diplomats in the Malian capital of Bamako. The government announced last week that it had reduced the embassy to a skeleton staff, and evacuated diplomats' families.

"We have been clear, there will be no combat mission in Mali," Rick Roth, spokesman for Foreign Affairs Minister John Baird, said. "Steps have been taken to ensure our mission and Canadian personnel are protected. We cannot comment on security specifics."

Canada is still preparing a response to requests made of Western nations for cash to help underwrite the training and deployment of Malian and other African troops to combat Islamist rebels in Mali.

"At the same time, we are providing technical assistance to French and other military forces who are there," Mr. Harper told the Commons. "We have committed heavy-lift aircraft to that engagement, which is being done under a United Nations mandate."

He said that Parliament will consulted on "any further steps that need to be taken." MPs on the Commons foreign affairs committee discussed plans to start hearings on Mali on Thursday.

The fighting in Mali has not touched Bamako, but in early January there were fears that Islamist fighters, advancing south, could take the capital – until French forces intervened. Canada's special forces training troops in Niger as part of a counterterrorism mission have also passed along vital information to allies, according to the French station FR2.

French forces, backing Malian soldiers, entered Timbuktu on Monday, but did meet resistance from the Islamists, who have controlled the town since the spring, French officials said.

At the same time, there were reports that France's allies intend to step up their support for the mission in Mali. The United States plans to set up a base for drones in neighbouring Niger, Agence France-Presse reported. In Britain, The Guardian newspaper reported that Prime Minister David Cameron would send up to 200 troops, but a spokeswoman for Mr. Cameron's office did not confirm the report and emphasized Britain will not take on a combat role in Mali.

Mr. Harper has dispatched International Co-operation Minister Julian Fantino to Addis Ababa for a conference Tuesday where Canada and other nations are being pressed to pledge $400-million to fund African military intervention in Mali.

Foreign diplomats said Ottawa has privately indicated they will contribute to financing African forces – although it's not clear how much.

Leaders at an African Union summit, also in the Ethiopian capital, said they will contribute $50-million for a mission estimated to cost $450-million. The UN has estimated a similar price tag for efforts to both re-equip the depleted Malian forces and fund a force of 3,500 West African troops.

The United States and the European Union are expected to pledge to bear the largest chunks of the cost, but Canada, long one of Mali's biggest aid donors, is being pressed to contribute a significant portion.

France, which sent troops into Mali on Jan. 10, has asked Canada to contribute, noting that Canada has been heavily involved in development efforts. And several African nations, including Nigeria, Ivory Coas, and Niger, have called on Canada to provide funding.

Mr. Fantino, the minister who oversees foreign aid through the Canadian International Development Agency, said in a statement that Canada will provide help to those in need, but provided no details. "We will continue to provide life-saving assistance to those most in need, particularly vulnerable women and children," he said.

Canada cut off direct aid to Mali's government after a March military coup displaced the elected government. It provided $110-million in aid in the 2010-11 fiscal year, but officials said Ottawa has provided $57-million in aid since the coup.

With reports from Colin Freeze and Tu Thanh Ha in Toronto 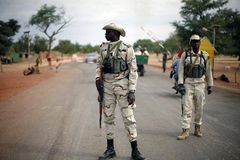 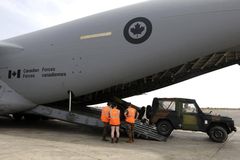 new
The secret race to save Timbuktu’s manuscripts
December 27, 2012 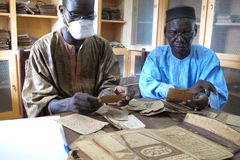 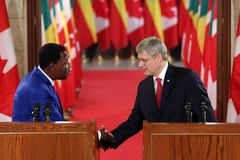 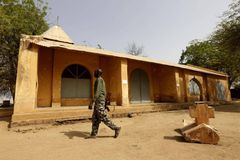