A surgeon from Oakville, Ont., Dr. Al-Kassem was on one of the quarterly volunteer tours he's been doing ever since the Syrian uprising began in 2011 and plunged the country where he grew up and attended medical school into full-blown civil war.

He was the only surgeon on duty that day in the summer of 2013 – accompanied by a nurse and anesthesiologist. There was a woman with wounds to her face, lungs and chest, and a man with a leg wound.

Dr. Al-Kassem chose to operate on the man for two hours. The next day, he was up and walking. The woman died from her wounds.

At a time when Canada is involved in a national project to provide safe haven to at least 25,000 Syrian refugees, this Syrian-Canadian doctor worries that the international community is leaving behind the overwhelming majority of Syrians affected by five years of brutal conflict.

They are the 7.6 million displaced from their homes, trapped by conflict and often in need of urgent medical care. Against great odds, Dr. Al-Kassem and a network of medical professionals spanning Canada, Europe and the U.S. are working alongside Syrian doctors and nurses to reach them.

"We are really doing the job of a health ministry, if you wish, in a country that's devastated and where the health-care system has completely collapsed," he said.

The Union of Medical Care and Relief Organizations – known by its French acronym, UOSSM – has offices in eight countries, including a Canadian office opened last year by Dr. Al-Kassem along an industrial stretch of Oakville.

There are about 50 Canadian doctors involved in the group – some occasionally working in Syria, many others in telemedicine contact with doctors on the ground through apps such as Viber.

UOSSM supplies 113 hospitals in and around some of the most populous Syrian cities – including the suburbs of Damascus. The group only operates in rebel-held territory, and not in areas controlled by the Assad regime or Islamic State. The facilities range from relatively well-equipped clinics to operating rooms set up in houses.

They do all of this on an annual budget of $18-million (U.S.). To put that in to perspective: Norfolk General Hospital in Simcoe, Ont., where Dr. Al-Kassem works carrying out laparoscopic obesity surgeries, has a monthly budget of $4-million (Canadian), he said.

The challenges he and his colleagues face are immense: air strikes targeting hospitals; not enough money to pay Syrian staff risking their lives; and medical supplies quickly used up for mounting civilians casualties.

Dr. Al-Kassem said 15 hospitals were hit in October alone – around the time that Russia began carrying out air strikes. International groups that track war crimes are troubled by the targeting of hospitals. According to Physicians for Human Rights, there have been 336 attacks on 240 medical facilities – resulting in the deaths of 697 medical personnel since the start of the Syrian conflict.

Doctors and nurses in many hospitals are not getting paid and, with the threat of air strikes, they are increasingly part of the Syrian exodus. There were 119 certified surgeons in October in parts of Syria where UOSSM works. Now, there are 102.

"Imagine you're not paying staff in 41 hospitals and they're being targeted, you know, why should they stay working?" said Dr. Al-Kassem, who is chair of UOSSM-Canada.

But the group has no choice. "It doesn't make sense to send them money for salaries and then don't send them medicines," he said.

In the Oakville warehouse, Dr. Al-Kassem walked between more than 300 boxes of medical supplies ready to be shipped to Turkey and then onwards to Syria. There are intravenous kits, syringes, surgical gloves, feeding tubes, wound dressings and colostomy bags.

Groups such as Health Partners International of Canada, a relief and development group, have donated critical medicines. Not Just Tourists (NJT), which started in the 1990s by delivering suitcases of medical supplies to remote parts of Cuba, has also pitched in. The Toronto branch has donated 1,600 kilograms of medical supplies since August, 2014, to Dr. Al-Kassem's group.

"He has the perfect life in Canada, great job, beautiful family, but in a time where it was too risky for even the biggest NGOs to go in, he went to Syria risking his life [and] torture and set up field hospitals," said Avi D'Souza, head of NJT-Toronto.

The days of working deep in Syrian territory are largely over for the married father of five.

After finishing his shifts at Norfolk General, Dr. Al-Kassem turns his attention to the training program he is developing for Syrians at the group's main hospital just minutes from the Turkish-Syrian border. The Bab Al-Hawa facility has eight operating rooms and CAT-scan technology, and a program that has trained 4,000 Syrians. Dr. Al-Kassem visits the hospital four times a year.

"We are really afraid that if the 102 certified surgeons or 153 certified nurses leave next year, what's going to happen? So we're training more students, and people are volunteering – just to be paramedics, or nurse assistants, or surgeon assistants in case these surgeons and nurses are going to disappear. These people are not as qualified, but at least they can fill the gaps," he said.

The goodwill among Canadians toward Syrian refugees creates a dilemma for the group.

"It's great to bring them. But there's no way you can bring the 7.6 million people out of Syria. You need a solution for them. You need to provide aid, food, medicines and stop targeting hospitals," said Dr. Al-Kassem.

What gives the surgeon hope is a core group of Syrian medical doctors and nurses.

"There are physicians and nurses, you talk to them, and in spite of the ones who've left the country, they tell you, 'We're going to stay in Syria, we're not going to leave. Just support us with as many medicines [as] you can, and we're going to guarantee that we keep working there,'" said Dr. Al-Kassem. 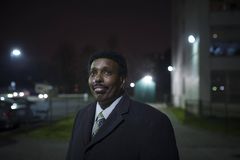 True test of Canadian citizenship is in how we welcome Syria’s refugees
December 18, 2015 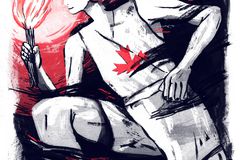 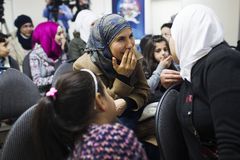 Russia faces growing accusations of civilian killings in Syria
December 23, 2015
Follow Affan Chowdhry on Twitter @affanchowdhry
Report an error Editorial code of conduct
Due to technical reasons, we have temporarily removed commenting from our articles. We hope to have this fixed soon. Thank you for your patience. If you are looking to give feedback on our new site, please send it along to feedback@globeandmail.com. If you want to write a letter to the editor, please forward to letters@globeandmail.com.
Comments