After years of pressure to demonstrate their continuing relevance and ability to prepare graduates for the labour market, Canadian universities are signalling a new willingness to embrace real-world education with a set of five new commitments to be released Wednesday.

The principles, nearly a year in the making, aim to give students closer links to industry and to increase collaborations with the private sector.

"We don't exist alone in the ecosystem and we want to build bridges to the private sector, to government and non-profits.… we feel those partnerships need to be celebrated and even expanded," said Elizabeth Cannon, president of the University of Calgary and the new chair of Universities Canada, the group that represents all Canadian universities.

Over the last several years, universities have been buffeted by demands from business on one side and anxious families on the other. Industry has complained of skills shortages, particularly in skilled trades or engineering, while parents and students have been dismayed by a labour market that can be unwelcoming to new graduates.

The new focus, however, could leave those in the arts and humanities wondering where they fit in. Up to now, universities have actively defended those disciplines. But they are not specifically included in either the five commitments or the speech Dr. Cannon will make at the association's meeting in Ottawa on Wednesday.

Some university presidents involved in the group that worked on the document say those areas are critical. They add, however, that students are best served when the arts and humanities are integrated with other fields, like sciences or business.

"What we've been trying to do at this university is to enable a more flexible degree structure to allow students from outside the arts to be able to take minors and majors in business or science," said Dominic Giroux, president of Laurentian University in Sudbury, Ont.

"The reality is that at least half of students change majors between year one and year five, and we need to be responsive to that and avoid undue silos," he said.

Others say students in the arts, humanities and social sciences will benefit if the document leads to a wide expansion of the experiential learning opportunities that those in business or engineering now take for granted.

"There is a shift underway in university culture, towards hands-on learning, where students want more of that, particularly in areas where it has not been there before," said Alan Shepard, president of Concordia University, who was also part of the working group. At Concordia, for example, sociology and journalism students have work placements as part of their degree.

The five commitments are: to prepare students for work and life, to pursue excellence, to deliver enriched learning experiences, to support research that aims to solve societal problems, and to build Canada through collaboration with other sectors. The challenge will be to put the list into action on every campus and work with faculty to create the links to industry the document imagines.

"These are conversations between academics, they have to be shaped for particular programs," Dr. Cannon said. "Our academic colleagues can be creative in how these partnerships can happen."

The association will now begin to lobby the approximately 200 new MPs arriving in Ottawa. It will emphasize the research support that universities need to stay competitive globally and advocate for increased internships and international exchanges.

A group of about 12 university presidents have worked on the document since last January. Reframe the future with ‘possibilities’ not ‘careers’
October 22, 2015 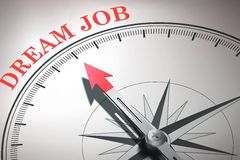