South African Archbishop Desmond Tutu says he has come to Fort McMurray not as an expert on climate change but hoping to be a catalyst for goodwill.

Tutu says he doesn't want to tell Canadians what to do about the environment.

But he told reporters in the northern Alberta oil sands city that the world is sitting on a powder keg and something must be done quickly.

Tutu is in Fort McMurray for a two-day conference on aboriginal treaties and climate change. His schedule Friday included an aerial tour of the massive oil sands development. He is to deliver the keynote address on Saturday.

Tutu said we are all members of one global family and it's better to work together than to "be at loggerheads and daggers drawn."

"It is far better, it is cheaper, for people to be friends than to be enemies, and I come hoping that I can be a catalyst," he said.

"I don't come as a know-all who is going to pontificate and tell you Canadians what you must do, because I think I can almost say – without fear of contradiction – you do know what you should do."

Tutu said he would like to see people work together.

"Remember one thing. We are meant to be family."

The Archbishop, who won the Nobel Peace Prize for his role in the fight against apartheid, has taken strong stands on climate change and against projects such as the Keystone XL pipeline.

People in Fort McMurray seemed open to hearing what Tutu had to say.

Syncrude employee Melvin Campbell says he feels that Tutu's opinion carries more weight than that of others who have been critical of the oil sands.

"He has a little bit more credibility than the actors and the players," Campbell said. "Desmond Tutu has a lot of political experience and public ear. I hope he uses it well."

Earlier this year, musician Neil Young played concerts in several cities to support the Athabasca Chipewyan First Nation after he visited the region. In 2010, Hollywood director James Cameron toured the oil sands and the community of Fort Chipewyan.

"He has a good idea of the way that the world should be with the environment and with people living in it," Hardy said. "I respect the man. I think we all should. He has good philosophy."

Brigitte Mbanga said whatever Tutu has to say is still only one man's opinion.

"He is a more prominent person than the Hollywood celebrities that have come here," she said. "His comments may be helpful to the government or the oil sands, but it's like every other person's comment."

In an opinion column earlier this month in the British newspaper the Guardian, the 82-year-old Tutu called the Keystone pipeline proposal to move oil sands bitumen from Alberta to the U.S. appalling.

His article spoke about a religious responsibility to fight against climate change.

"It is a responsibility that begins with God commanding the first human inhabitants of the Garden of Eden 'to till it and keep it.' To keep it, not to abuse it, not to destroy it."

Tutu has signed a petition against the pipeline. He has called for boycotts of events sponsored by the fossil fuel industry, for health warnings on oil company ads and for divestment of oil industry investments held by universities and municipalities.

The title of the conference is As Long As the Rivers Flow: Coming Back to the Treaty Relationship In Our Time. It's intended to discuss the need for renewal of treaty relationships in light of extensive resource development such as the oilsands.

It's co-sponsored by the Athabasca Chipewyan First Nation and the Toronto law firm Olthuis Kleer Townsend, in which former Ontario premier and one-time federal Liberal leader Bob Rae is a partner. Rae is scheduled to be one of the speakers at the conference. So are former Northwest Territories premier Stephen Kakfwi and former Syncrude Canada president James Carter.

Representatives from the Alberta and federal government are not expected to attend although they were invited, said conference spokeswoman Eriel Deranger.

New safety conditions not expected to sway economics of Keystone XL
May 27, 2014 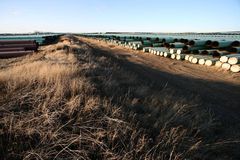 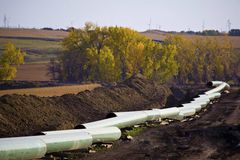