Contentious changes to employment insurance are now in effect.

Beginning Sunday, people on EI face stricter, more complex rules for keeping their benefits, with the goal of getting unemployed workers back into the work force sooner.

To help people get back to work, the government has also launched a new service to provide information on available jobs and labour market conditions to subscribers via e-mail.

"The new job alerts system is an important part of our government's plan to better connect Canadians with available jobs in their area," said Human Resources Minister Diane Finley in a statement Sunday.

The changes to the EI program were first spelled out in May and elaborate on what the government defines as searching for a suitable job.

A suitable search for a job must now include preparing resumes, registering for job banks, attending job fairs, applying for jobs and undergoing competency evaluations.

A suitable job is defined by factors including commuting time, whether the hours are compatible with the claimant's life and wages.

It will also take into account personal circumstances, such as health, physical capability to perform work, family obligations and transportation options.

The new rules also break down job seekers into essentially two groups: people who've long paid into EI but rarely make a claim and those who are regular users of the system.

A suitable job search for the latter group must include jobs that are similar to what they used to do and if one of those isn't available after a certain period of time, the job seeker has to take any position they are qualified for and accept as much as a 30 per cent pay cut.

The changes have been met with criticism from some politicians and union leaders.

The Atlantic premiers say the new rules could have a devastating effect on fishery, farming and tourism industries which are all seasonal jobs.

And they're concerned that if people are encouraged to leave home to take other jobs, they won't come back.

Last week, hundreds of people in Moncton, N.B, gathered to protest the cuts outside the offices of a local Tory MP.

Policing the new system to make sure claimants are following through is expected to cost the government about $7.2-million per year.

But savings to the EI program are expected to be worth $12.5-million in benefits this year and $33-million next year.

Documents posted with the new regulations in December said it's expected that about 8,000 EI claimants will have their benefits temporarily discontinued until they can prove they are meeting the new rules.

Statistics Canada said Friday that 40,000 job were created in December – all of it in full-time work – driving the unemployment rate to its lowest in four years.

Ontario accounted for about three-quarters of the jobs added across Canada in December and almost all of the other provinces either saw gains or stayed even.

The only exception was Nova Scotia, which lost 5,000 jobs.

Opinion
For Canada, this is no time for complacency 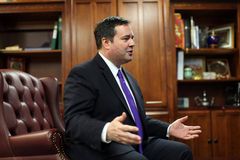 If we want more engineers, maybe we should make it cheaper to become one 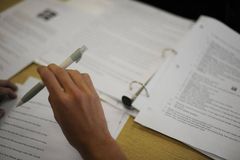 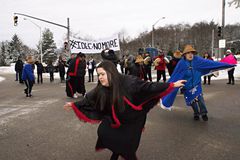 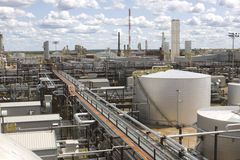 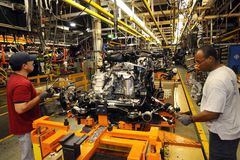 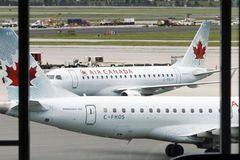