Tributes to former Alberta premier Ralph Klein, poured in from across the political spectrum – and the country – on Friday. Mr. Klein was known for shooting from the hip and connecting with voters like few other politicians could ever dream.

In a statement released Friday afternoon by Alberta Health Services, Mr. Klein's loved ones said he was surrounded by family and close friends at a Calgary care centre when he died earlier in the day. Mr. Klein was 70.

The popular, populist Alberta politician had been in hospital undergoing continued care since September, 2011. He was being treated for frontotemporal dementia, complications from chronic obstructive pulmonary disease and more recently , according to AHS, complications from pneumonia.

"The nature of his illness made it very difficult to express his thoughts these past years which I know was a real challenge for him," Colleen Klein, his wife of 42 years, said in a statement, "But Ralph very much knew and appreciated the well wishes and warm messages he received. I want to thank everyone for their support and especially of the caregivers who helped us throughout. It has all made a tremendous difference."

Mrs. Klein said her husband cherished both politics and his family, but when he came home, it was "his sanctuary" and a place where politics "stopped at the door."

"In his public life, while many will now debate what he stood for, he himself simply believed that public service was important, that it need not be complicated, and that it revolved around people," she added.

Alberta Premier Alison Redford said in a statement that condolence books will be set up in government buildings province-wide and an online tribute page will also be posted.

"Ralph Klein's ability to connect with Albertans from all walks of life was absolutely remarkable," Ms. Redford said in a statement, "He could walk from the Petroleum Club in downtown Calgary to the curling rink in St. Paul and carry on a conversation with absolutely everyone he met. Ralph was a real man of the people."

She lauded him for his "extraordinary political instincts" and "tremendous leadership" in as premier.

"Ralph was a staunch defender of our province as he had a deep and abiding love for Alberta and Albertans," Ms. Redford said.

Prime Minister Stephen Harper recalled Mr. Klein as someone who earned the public's trust as a reporter well before seeking public office. He also called him a "unique and significant leader."

"While Ralph's beliefs about the role of government and fiscal responsibility were once considered radical, it is perhaps his greatest legacy that these ideas are now widely embraced across the political spectrum," he said in a statement.

Mr. Harper acknowledged that while Mr. Klein had opponents, he made few personal enemies.

"To me, he wasn't King Ralph, as some described him," Mr. Harper said. "Instead, during a colourful political career he remained Citizen Ralph - a man equally at home in the Petroleum Club as he was in the St. Louis Hotel. A man who said what he believed and did what he said."

"He was funny and entertaining, and highly effective. He conducted himself with no malice towards anyone," said Mr. Mulroney. "His hand and his heart were open to all sides. And I thought he succeeded brilliantly on behalf of Alberta and he made a major contribution to Canada."

Former prime minister Joe Clark recalled how Mr. Klein had a "natural connection" with the public.

"But I think what was really interesting about him was that he didn't use that sort of simply to glad hand people or to make them feel good about him," said Mr. Clark. "I think in a lot of human ways, his relations with people, his kindnesses towards people … had extra weight because he was in power."

Former Alberta premier Ed Stelmach, who Mr. Klein endorsed as his successor, recalled his friend as a man who made difficult decisions and accomplished much – paying off the debt and restructuring government – during his tenure.

"They were obviously the right decisions, because people want to live here. They want to raise a family, they want to work here," Mr. Stelmach said.

He also warmly recalled Mr. Klein's larger-than-life personality and reflected on the disease that claimed him.

"He had the ability to work the room, and it didn't matter if we were in Alberta, China, Japan," Mr. Stelmach said. "He had that certain aura about him. So many things come to mind, but it's unfortunate. He's young, but this is a disease that's hard on the individual, but also hard on the family."

Calgary Mayor Naheed Nenshi said Albertans will mourn Mr. Klein as a "beloved former premier" but also remember him for his legacy.

"As mayor, he had a tremendous impact on Calgary as a city government, helping shape both our policy and our culture," Mr. Nenshi said in a statement, "Ralph Klein taught us, as Calgarians, that we don't need to put on airs. We don't need to pretend we're something we are not in order to be a truly great city in this world."

"As a leader, Ralph was tough enough to keep his promises, humble enough to admit his mistakes, and disciplined enough to follow through on his vision," she said in a statement. "His courageous leadership in eliminating Alberta's budget deficit, wiping out our debt and putting money in the bank made Alberta a world leader in fiscal responsibility and paved the way for other governments to follow suit."

Alberta Liberal Leader Raj Sherman noted that even if one didn't agree with Mr. Klein's politics, his determination and enthusiasm commanded respect.

"He loved this province and no one before or since has had the ability to communicate with average, ordinary Albertans - as he affectionately called them 'Martha and Henry'. People loved him for it," Mr. Sherman said.

Alberta New Democrat Leader Brian Mason recalled Mr. Klein as a "tough competitor" on the other side of the legislature and a premier responsible for major contributions to the province.

"The far-reaching political changes brought by Ralph Klein transformed the politics of the province and their effects will continue to be felt for decades," Mr. Mason said in a statement. "His folksy charm made him well-loved by many Albertans."

"I will remember him always as 'Ralph,' an 'every man's politician' who led this province with a strength of purpose and a sense of humor," Mr. McCormick said.

Premier of Nova Scotia Darrell Dexter said Mr. Klein "was a premier who knew how to not take himself too seriously, even while he treated the challenges his province faced with seriousness of focus."

Mr. Klein's family has asked the city of Calgary, where he was mayor from 1980 to 1989 before becoming premier of Alberta from 1992 to 2006, to make arrangement for a memorial service. Those details have not been worked out.

"He was really a great guy to work with," said former B.C. Premier Gordon Campbell, now Canada's High Commissioner to Britain. "He kept his eye on the ball."

Mr. Campbell said he first met Mr. Klein at a meeting of Canadian mayors in 1986. Mr. Klein was Mayor of Calgary at the time and Mr. Campbell had just become Mayor of Vancouver. During the meeting, representatives from Vancouver noted that it was a Pacific Rim city, prompting Mr. Klein to claim Calgary was also a Pacific Rim city. "I had to tell him that the Rocky Mountains were between Calgary and the Pacific Ocean," Mr. Campbell recalled from London adding that Mr. Klein took the mild reproach well and the two became friends.

The two also worked closely together as Premiers of their respective provinces, he added. Mr. Klein was a strong supporter of redeveloping the Port of Prince Rupert as well as other B.C.-Alberta initiatives, even as lowly as opening a joint weigh station on the border between the provinces to save money. "He was always asking 'does this makes sense?', Mr. Campbell recalled. 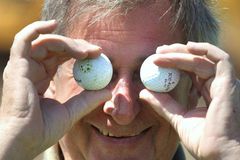 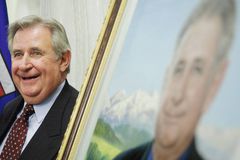 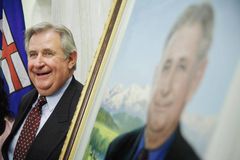 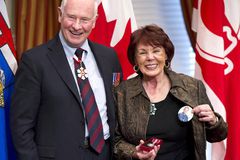 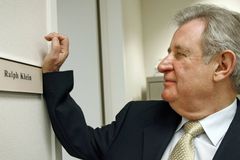