Canadians will send 100,000 elephants worth of wrapping paper to the dump this year and Christmas presents are a big culprit.

Zero Waste Canada, a Vancouver-based advocacy group, estimates each Canadian tosses about 50 kilograms of garbage over the holidays, 25 per cent more than the rest of the year, thanks to the purchase of 3,000 tonnes of foil, 2.6 billion Christmas cards and six millions rolls of tape.

Altogether, 540,000 tonnes of wrapping paper and gift bags are thrown out each year.

Gift bags, tape and ribbon can't be recycled. Some cities, like Toronto, will recycle plain paper gift wrap but anything with glitter or velvet or foil on it has to be plucked out.

City of Winnipeg Waste Diversion Supervisor Mark Kinsley says Winnipeg doesn't accept any wrapping paper at all for recycling. Aside from the confusion it sows in residents who don't know what is or isn't safe to put in the blue bin, Kinsley says the dyes used on wrapping paper are too intense.

"It's too inefficient and cost prohibitive to take the ink out," said Kinsley.

Kinsley said the week between Christmas and New Year's is a heavier week for garbage and recycling pick up. The city doesn't need extra trucks or staff but they are often out on routes longer. Trucks fill up faster and have to head to the landfill to empty out more often.

Robert Orpin, director of solid waste management services for Toronto, said they notice an uptick in curbside waste this time of year but handle it without extra trucks or staff.

Like most cities, Toronto tries to educate people on what can and can't be recycled but the recycling plants still have to include sorting systems where decrepit glittery wrapping paper can be separated from its more environmentally-friendly pure paper cousin.

"We have a contamination challenge here," said Orpin.

Many cities have programs to compost or turn Christmas trees into wood chips, with curbside pick up or depots to drop them off. The hitch — cities have to remind people to make sure all ornaments, tinsel and lights have been removed. If you put your tree in a garbage bag on the curb it's going to go to the dump.

Statistics Canada shows in 2014 — the most recent year for which Canadian data is available — more than 25 million tonnes of waste ended up in Canadian landfills.

Garbage produced from residential sources climbed 18 per cent since 2002, while business and industrial sources declined three per cent.

In an environmental report card issued earlier this month, the Organization for Economic Co-operation and Development called Canada out for its low rates of recycling and composting and a penchant for tossing most of our waste into landfills.

In 2014, Canadians generated more than 700 kilograms of garbage per person, far higher than the 520 kilograms averaged by OECD nations. Japan, which has the best record among OECD nations, produces less than half that.

The OECD blames Canada's garbage habit on the low cost of landfills and the lack of significant financial incentives to recycle or compost. 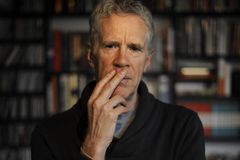 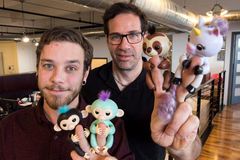 Opinion
What do Mounties have to do with Christmas?
December 22, 2017 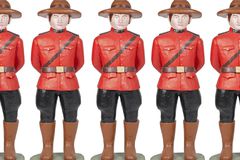