A nation that has traditionally thought of itself as liberal and forgiving is adopting a hard line on crime and punishment - including the death penalty.

This hardening attitude among Canadians is revealed in a new Angus Reid public opinion survey that found 62 per cent of respondents favour capital punishment for murderers, while 31 per cent believe that rapists should be put to death.

The figure is a significant boost from the last such survey, in 2004, when 48 per cent favoured capital punishment for murderers.

The results of the survey are sure to buoy the federal government, which has closely aligned itself with tough-on-crime policies such as mandatory minimum prison terms for a wide range of offences. However, they belie statistics that show falling crime rates and studies that say harsh sentences don't prevent people from committing offences.

The survey, one of three conducted simultaneously last fall in Canada, the United Kingdom and the United States, reveals a shared belief that even though mandatory minimum sentences can be unfair to people convicted of minor offences, they are an indispensable tool in fighting crime.

"There is a strong sense that punishment is an appropriate response to criminal acts, and that we are kind of cynical about reform," said Andrew Grenville, chief research officer at Angus Reid. "There is strong support for severely punishing people. This is not the way Canadians tend to describe themselves."

The survey found that 65 per cent of respondents had a moderate or strong feeling that mandatory minimum sentences send a tough message to criminals.

It also indicated that while Canadians believe there is a role for halfway houses, parole and rehabilitation programs in the correctional system, they are becoming distinctly skeptical about the power of these measures to change criminal behaviour.

The findings are in harmony with a mantra that has emerged from Parliament in the last couple of years. The federal government has introduced 17 bills in the justice field, most of which crack down on crime and toughen sentencing provisions.

Sanjeev Anand, a University of Alberta law professor, said that Canadians are ignoring warnings from law professors and criminologists that mandatory minimums do not deter crime. "I think they are buying Ottawa's message," he said. "They are not thinking the way criminals think. Most criminal acts are impulsive; they are not well thought out."

Those polled also felt strongly that while there was little chance they would become victims of crime themselves, their communities are unsafe. Almost one in two respondents felt that the prevalence and severity of violent crime are steadily rising.

University of Toronto criminologist Anthony Doob said that federal and police statistics show that in 2008, the volume and severity of crime fell by 5 per cent - a pattern that is consistent with previous years.

"At the same time as our economy is going down the tubes, you wonder why so much effort is being spent on criminal law when there is no evidence whatsoever that crime is a particular problem," Prof. Doob said.

Craig Jones, executive director of the John Howard Society of Canada, said the survey results "reveal quite a stark disconnect from reality. I certainly see where the government thinks it is gaining support for its crime agenda," he said.

Mr. Jones said that the anomaly may be a result of government crime rhetoric combined with broad public fear about the future.

"Add to that the kinds of news sources that people consume on a regular basis," he said. "Our brains are primed to freak out faster than to deliberate.

"There is a kind of elevated, metaphysical anxiety that is disconnected to specific events or persons," Mr. Jones said. "We are swept up in a miasma of underwear bombers, 9/11 and earthquakes in Haiti - with all of this thrown together in a kind of disarticulated confusion."

Mr. Jones said that belief in the effectiveness of deterrence is based in a bedrock economic model: "If you increase the price of something, demand for it goes down. Crime is regarded the same way as any other market."

In reality, Mr. Jones said that even repeat offenders pay little heed to the sentences they might face for committing crimes.

The survey also showed that U.S. respondents are well aware that mandatory minimum sentences often have an unjust effect on minor offenders, but they strongly support them nonetheless.

Join Craig Jones of the John Howard Society and The Globe and Mail's justice reporter Kirk Makin at 11 a.m. ET Friday for a discussion on the study

Are Canadians getting tougher on crime?
January 21, 2010 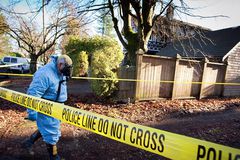