When Roger Marple was diagnosed with early-onset Alzheimer's disease just over two years ago at age 57 – and after the initial shock had worn off – he made up his mind to live the best life he could for as long as possible.

But what he wasn't prepared for was the societal attitudes towards people with dementia, which he describes as unthinking at best and downright cruel at worst.

About a week after his diagnosis, Marple was in a long line-up in a grocery check-out in his hometown of Medicine Hat, Alta., when the cashier asked a customer she was serving if he had found everything he needed, as the man seemed to have forgotten something.

"So with a real loud voice, he says, 'Oh, I'm having an Alzheimer's moment,' while mimicking what looked to me like someone having an epileptic seizure," recalls Marple, now 60.

"And the cashier and the whole line-up in front of me and behind me burst out laughing.

"At the time my wounds were really fresh from the recent diagnosis ... While they're laughing in this line-up, I've got my head down, choking back tears."

Stigma is one of the biggest barriers for people with dementia trying to live their lives with dignity in the face of a disease that over time relentlessly and progressively destroys the brain, says the Alzheimer Society of Canada.

"What people who have been diagnosed tell us is that after they get over the shock of the diagnosis, as they kind of adjust to that, what they actually find harder is the reaction they get from other people," says Mary Schulz, the society's director of education.

That could mean no longer being invited to a book club the person has been attending for years because it's automatically assumed they're not going to be able to follow the plot, she says.

It could be a physician announcing the person's driver's licence will have to be immediately revoked – without any testing or discussion – or deciding it would be pointless to provide rehabilitation to a person with dementia who has had a heart attack or stroke.

"We tend to portray people with dementia at the end stages of the disease," says Schulz. "We tend to think of someone, quite frankly, as often drooling, in a wheelchair, in a long-term care home, maybe non-verbal, maybe acting out, hitting out, maybe a bit aggressive or agitated.

"And all of those things can happen and some will happen, but they might happen 15 years from now. So we tend to jump automatically to that very end stage and immediately put the person with dementia in that box."

Families, too, can unwittingly stigmatize a loved one with dementia by becoming overprotective and avoiding public outings with the person because they worry about possibly being embarrassed by inappropriate behaviour, which can occur due to a lack of impulse control as the condition progresses.

"But do we actually understand how likely that is to happen?" says Schulz. "It's about helping families understand that you don't want to automatically make Joe more disabled than he actually is – because that will come eventually.

"We need to remember that having a form of dementia is an illness, just like having cancer or having a stroke or heart disease. It needs accommodation just like any other condition."

To counter the pervasive stigma surrounding dementia, the Alzheimer Society has launched a web-based campaign aimed at encouraging people to "see dementia differently," including experiences of discrimination from some of the half-million Canadians living with the disease.

The website includes results from a national poll conducted for the organization by the Leger research group, which found that 46 per cent of the 1,500 adult respondents would feel ashamed or embarrassed if they had dementia.

Thirty-six per cent said they would be uncomfortable interacting with a person with dementia, while more than half admitted using some form of stigmatizing language, such as referring to someone with the disease as senile or crazy, or telling dementia-related jokes.

For Marple, the father of three grown children who lives on his own, plays tennis and golf, and loves to bake, jokes at the expense of people with Alzheimer's or other forms of dementia are his number 1 "pet hate."

While preparing a speech to an audience of health-care workers, he decided to look up Alzheimer's jokes online, as he planned to include stigma as part of his talk.

"I even saw one website that had an Alzheimer's joke of the day."

Under Google images, he discovered hundreds of dementia-related cartoons.

"And some of the comments in Google images are downright cruel. They're not even funny, they're just vindictive, mean things that people have said."

Out of curiosity, he did an online search for jests about ALS, the fatal neurological condition also known as Lou Gehrig's disease. All he found was a single article about people being outraged about a wisecrack that had been made about the devastating condition in a movie.

"If I were to make a joke about ALS, about cancer or other serious diseases, people would be all over me," says Marple.

As a progressive and ultimately terminal disease, Alzheimer's is extremely difficult to live with, he says. "So I want people to understand that this is what you're making fun of.

"If you meet someone with dementia, clear your mind, make it a whiteboard of any preconceived conceptions or experiences that you've had with the disease.

"And see the person for who they are in the here and now." 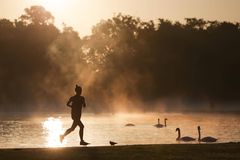 Listening to the experiences of dementia patients can help improve caregiving 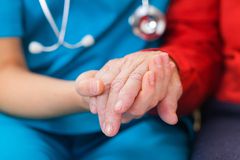