Until his death two years ago, Morgan Ford was the proud caretaker of the family heirloom: a 137-year-old fruitcake passed down by three generations of Fords before him – a round, dark-brown slab lovingly stored on a glass compote dish under a tight-fitting lid.

Mr. Ford, of Tecumseh, Mich., relished his role as custodian of the cake, showing it off to school groups and reporters, and even building a cushioned box to protect it on a 2003 trip to Los Angeles to appear on the Tonight Show with Jay Leno.

There, he told the story of how his great-grandmother Fidelia Ford had prepared the cake in 1878, how she died before cutting it, and how no Ford family member since could bear to dig into it.

"The cake means a connection with my family to their great-grandmother," Mr. Ford, then 92 years old, said in a 2012 video for the Detroit Free Press. Hands shaking, he took a spoon and swung at the cake's blistered surface. Over the years, it had crystallized into a rock-hard mass.

But since his death in 2013, the future of the fruitcake is uncertain. None of his kids seem to want it. They recognize how much the cake meant to their father, but they say they don't have the time or energy to devote to it in the way their retired father did.

The Ford family's predicament lays bare a timeless truth: As generations pass, so too do traditions. An heirloom for one generation becomes a headache for the next. Tradition becomes chore.

Mr. Ford's plan had been for his only son, James, to take over as caretaker.  "I wanna keep it in the Ford name," the elder Mr. Ford told reporters before his death.

But James Ford does not want it. In a recent phone call with The Globe and Mail, he confessed he was not even sure where the cake is. In fact, it is where it has been for the past 63 years, in a hutch in the home of his 87-year-old mother, Dorothy.

The other four siblings are all share their brother's lack of enthusiasm.

"Unfortunately, with my dad gone, there isn't really anybody to campaign for the fruitcake any more," said Julie Ruttinger, the youngest of Morgan Ford's children.

The cake's value, it appears, is entirely sentimental. The family calls it the world's oldest fruitcake, taping to the dish a yellowed copy of the late Fidelia Ford's obituary as evidence of its provenance. But whether that is technically true is unclear.

A spokesperson for Guinness World Records said the organization does not have a category for oldest fruitcake.

Ms. Ruttinger added another reason her generation will not have an official custodian for the cake: None of them like fruitcake.

"It's that thing that – fruitcake is gross," she said. "Who wants to eat fruitcake?"

Ms. Ruttinger said she is willing to give the odd interview, including with this Globe reporter, but only out of a sense of duty and obligation to her late father – likening it to any other family holiday tradition tolerated through gritted teeth.

"As time went on, we saw what it meant to my dad," she said. "Tradition, you know? It's all about family and tradition."

But in the case of the Fords, this one may lie dormant for only one generation. The grandchildren, Ms. Ruttinger said, have shown an interest in taking over.

"There's eight grandkids and seven great-grandchildren at this point," she said. "Someone will continue." 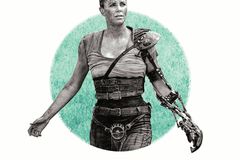