An Ontario university that stirred up controversy by removing the scales from its primary athletic facility says everyone now has the means of weighing themselves at the centre again.

Ottawa's Carleton University says it now has scales in both men's and women's changing rooms in a bid to compromise with those who were angry when the scale in the main gym was removed earlier this month.

The university previously offered scales only in the women's changing room, as well as in the primary workout area.

Opinion: Why the Carleton gym scale controversy is light on facts about weight loss

Carleton sparked a range of reactions when it yanked the scale from the main gym in an effort to get athletes to take a more holistic approach to health and focus on factors other than weight.

Some criticized the university for removing a basic fitness tool and others lambasted the school for pandering to over-sensitive students who suggested scales could be triggering for those with body image concerns. Carleton itself never cited such a reason for its decision to remove scales.

The university issued a statement saying it was responding to feedback from fitness centre users, adding it hoped its new approach could strike a balance between client needs and the message it hoped to promote by removing the gym scales in the first place.

"While we will continue to provide educational information on various health measurements that shift the focus away from weight, we do understand that some people want to weigh themselves and so we have provided scales in the change rooms," public affairs manager Beth Gorham said in the statement. "We thank everyone who has contacted us with comments."

The Carleton scale controversy surfaced earlier this month when an article in a campus newspaper reported the scales' removal.

In it, the school's manager of wellness programs explained the school's rationale by saying indicators such as girth measurement, cardiovascular performance and overall strength represented better health indicators than weight alone.

In a subsequent statement to The Canadian Press, Bruce Marshall went on to say that a growing number of gyms had decided to leave scales off the premises in a bid to shift the focus away from weight, adding that Carleton was following suit.

But soon the issue gained traction well beyond the Carleton community, with outlets as far afield as the United Kingdom devoting space to the controversy.

Articles on media outlets such as Breitbart in the U.S. criticized students for perceived over-sensitivity, latching onto a quote in the original campus paper article that described scales as "very triggering" for those with eating disorders and other body image concerns.

Right-wing pundit Bill O'Reilly even described the comment as a classic example of "snowflake culture" on his television show "The O'Reilly Factor."

While other fitness facilities have kept scales in their gyms, they say Carleton's message about focusing on health measures beyond weight is indeed in line with an industry trend.

Kim Lavender, national director of team training with GoodLife Fitness, said there's a growing consensus that weight is only a part of good health management.

"The consumer has become more and more savvy about understanding a holistic approach to health," Lavender said. "What the scale says is just one minor metric in terms of determining your overall health, and it can often just be the door to us being able to educate people on all of the aspects of health." 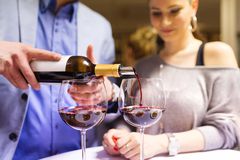 Racewalker Evan Dunfee’s high-fat diet: ‘You get used to eating packets of butter’
April 14, 2017
Report an error
Due to technical reasons, we have temporarily removed commenting from our articles. We hope to have this fixed soon. Thank you for your patience. If you are looking to give feedback on our new site, please send it along to feedback@globeandmail.com. If you want to write a letter to the editor, please forward to letters@globeandmail.com.
Comments