Stuart McLean, the avuncular CBC personality whose folksy tales of small-town Canada lit up radios from coast to coast every weekend on his long-running show Vinyl Cafe, died Wednesday, according to a statement issued by the public broadcaster. Last December, Mr. McLean had informed his listeners that he was suspending the show to focus on treatment for melanoma. "As many of you know, I was diagnosed with melanoma a year ago," he said in a statement. "At the time we figured the treatment would be swift. What can I say … things don't always go exactly as planned."

In a statement, the public broadcaster said: "We were deeply saddened to learn that Stuart McLean passed away earlier today. Stuart was an exceptional storyteller who has left an indelible mark on CBC Radio and countless communities across Canada."

Susan Marjetti, the executive director of radio and audio for CBC English Services, added: "Every week for 22 years, Stuart connected with his listeners in a way that few before him have. His Dave and Morley stories were as entertaining as they were enlightening; they made us pause, reflect, but most of all laugh along together."

Stuart McLean: Why I'm proud to be ink-stained - and you should be too

Leah McLaren: Stuart McLean brought the gift of laughter wherever he went

Mr. McLean, who was born in Montreal in 1948 and began working there for CBC as a researcher on the call-in show Cross-Country Checkup, moved to Toronto in the late 1970s. He made documentaries for Sunday Morning, and shared stories he gathered from across the country with Peter Gzowski, the host of Morningside before launching The Vinyl Cafe.

He leaves his ex-wife Linda Read and their three sons. He was 68 years old.

Reminiscences poured in as word of his death spread on Wednesday. Meg Masters, The Vinyl Cafe's "long-suffering" story editor – a description that came out of a long-ago inside joke between Ms. Masters and Mr. McLean – began working with him when she was at Penguin on the book Welcome Home: Travels in Smalltown Canada. Their working relationship continued through a long list of books and also moved to radio. And she did not suffer; she says working with Mr. McLean was "tremendous fun."

When the two began discussing what is no doubt The Vinyl Cafe's best known story, "Dave Cooks the Turkey," Ms. Masters says she challenged Mr. McLean on the premise of Dave trying to roast a turkey at a hotel – too far-fetched, she said. "And he would say 'Meg, it's fiction, it's fiction.' " Years later, she learned that he himself had actually done that as a young man, gone to a hotel and attempted to have hotel staff cook his turkey in their oven because he couldn't get his own to work.

She also recalls Mr. McLean reading the story to her over the phone for the first time; she was at work in her office at Penguin. When he got to the part where a globule of turkey fat falls from a light bulb onto a guest's head, the two of them burst into fits of laughter. "I actually had to get up and close the door because I was laughing so hard," she says. "People were kind of glaring at me from the hallway."

Suanne Kelman, who worked with Mr. McLean at CBC's Sunday Morning, said, "he was a lunatic, it was wonderful."

"I remember he did a live feed from the north for a story he was doing; so he's doing this live feed and he's interrupting his script to say things like, 'Oh, wow there's a moose. Look at that; there's a moose.' He never lost that sort of childlike quality, which I think served him very well as a broadcaster."

She tells a story of joining him on assignment for a story at the Art Gallery of Ontario when they walked through the Henry Moore Sculpture Centre. "And he would ask questions that I would die rather than ask," she says. "And he got really useful information. He was never reluctant to show what he didn't know."

CBC journalist Terence McKenna recalled that he first met Mr. McLean in 1976 after volunteering for the campaign of Nick Auf der Maur, who was running for Montreal city council. Mr. McLean, who was managing the campaign, was leading a singalong among volunteers in a church basement.

"He had been a camp counsellor, and that singalong part of his life is something that never left him," Mr. McKenna said on Wednesday. "When he took The Vinyl Cafe on the road, travelling from one Canadian town to another, he would be leading singalongs in the back of the bus."

The two men lived in the same rooming house when they both moved from Montreal to Toronto in the late 1970s to work on Sunday Morning. Later, after Mr. McKenna got married, Mr. McLean moved in with him and his wife for a time. "He couldn't contain himself with his storytelling. Often, he'd come in at midnight, [my wife] Sally and I would be reading in the bedroom, and he would just come in and sit down at the edge of the bed and tell us about his adventures from the evening. He loved hearing stories, and he loved telling stories. And he loved an audience."

Mr. McKenna noted that he used to tease Mr. McLean about his compulsion to interview people. "When we'd go on vacation, he couldn't stop interviewing people, even if he didn't have his tape recorder. And people would tell him the damnest things. They would confess their inner secrets to him."

Mark Starowicz, another colleague who worked with him in the 1970s and '80s, noted that Mr. McLean would travel the country talking to "the common man and woman," gathering their stories and bringing them back for the rest of the country to hear. "He had an appreciation for the Canadian soul, and a deep love for the small stories and the small heroes that are out there. And he had a wonderful narrative sense – all of which eventually became The Vinyl Cafe, where all of the characters are invented but they are a distillation of real people that he chronicled over several years."

"E.B. White talked about that ineffable place where tears meet laughter," said Nicole Winstanley, the publisher of Penguin Canada, whose Viking imprint published 14 books of his over 27 years. "That place where you can't trust your emotions, where you find yourself falling from one to the other. When we find ourselves there, White said, we find ourselves close to the big hot fire that is truth. With his instantly recognizable voice, wisdom, tender humour and enormous care, Stuart McLean brought so many Canadians to that truth, laughing and crying along the way. He made us feel as though we were part of his delightfully idiosyncratic Vinyl Cafe family, and in so doing, he brought us all together, connecting us with stories of road trips, musical memories, and neighbourhood adventures. That lovely little family will remain in our hearts, as will Stuart."

In a brief appreciation of the comedian Dave Broadfoot written for The Globe last November, Mr. McLean mused about the style of humour the two men shared: "How can a sentence that we know is coming, a sentence we can see coming from a mile away, have any laughs left in it?" he asked. "Well, that is the great mystery of laughter. Like a sneeze, we all know it feels good when it rolls over us. But just try explaining it to someone who has never sneezed before."

With a report from Mark Medley 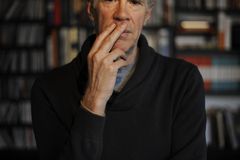 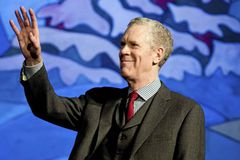 Follow Simon Houpt and Marsha Lederman on Twitter @simonhoupt @marshalederman
Report an error Editorial code of conduct
Due to technical reasons, we have temporarily removed commenting from our articles. We hope to have this fixed soon. Thank you for your patience. If you are looking to give feedback on our new site, please send it along to feedback@globeandmail.com. If you want to write a letter to the editor, please forward to letters@globeandmail.com.
Comments