The Canadian Food Inspection Agency has allowed the use of farmed maggots as chicken feed – the first time a federal regulatory body in North America has approved the sale of insect ingredients as animal feed.

The CFIA's decision last week caps a years-long effort by Langley, B.C.-based Enterra Feed Corp. to breed and sell fly larvae, potentially replacing resource-intensive soybeans or fish meal traditionally used in animal feed. The decision also opens the door to a potentially larger role for insect protein in our food system – a move that scientists and environmentalists increasingly point to as a means of improving food security for a growing global population.

"There's going to be nine billion by the year 2050, and we need to find a way to feed all those people," said Victoria Leung, Enterra's marketing manager. "We're already running into a situation where we're going to run out of farmland to grow food to feed people – let alone to feed the livestock that feeds the people. There's a huge, huge potential here."

The company is also applying to the CFIA to sell its larvae as feed for farmed fish, and it hopes for a decision by next year.

In 2007, entrepreneur Brad Marchant met David Suzuki (an investor at Enterra), who first planted the idea. The use of wild-caught fish such as sardines and mackerel in traditional fish feed, Mr. Suzuki told Mr. Marchant, was straining the ocean's supply. At the same time, an estimated 80 per cent of the world's soybeans, which require land and water to grow, goes toward animal feed.

Breeding insects, Mr. Suzuki told him, could also tackle a second problem: food waste. They could feed the larvae with food waste from greenhouses and grocery stores (products past their expiration dates) that would otherwise wind up in landfills.

Mr. Suzuki and Enterra aren't the first to explore the idea. In 2013, the Food and Agriculture Organization of the United Nations published a paper exploring the use of insects for food and feed as a way to improve global food security. "Insects provide food at low environmental cost, contribute positively to livelihoods, and play a fundamental role in nature," the paper said.

Mr. Marchant and Enterra spent several years researching the idea, first figuring out which species to use. Chickens in the wild already eat a variety of insects. But for its purposes, Enterra settled on black soldier flies – which aren't picky about what they eat and don't sting or bite, making them easier to handle.

Then the company figured out the optimal conditions in which to breed the flies. At Enterra's Langley plant, the adult flies used for breeding – about six million at any given time – live in tall wire cages that run the length of the warehouse.

The eggs those flies hatch turn into larvae, and are kept in a separate space on long trays, where they are fed once a day. After a few weeks – once they reach the ideal size and nutritional value, but before they turn into adult flies – they are "harvested." This means the larvae are run through a heated dryer, which kills and dries them.

The CFIA decision applies to whole dried larvae (geared toward backyard breeders), while approval for Enterra's powdered meal, which would more likely be used by commercial farmers, is still pending.

In the coming years, the B.C. company is looking to expand and open facilities in the U.S. and Europe – crucial if they hope to grow beyond a niche product. The average feed production for all animals in Canada is 20 million tonnes each year. Enterra, meanwhile, produces just a few thousand tonnes each year.

The CFIA decision appears to have taken the poultry industry by surprise. Steve Leech, a program manager at the Chicken Farmers of Canada said the organization does not yet have a position, but called it a "novel and innovative" idea.

Mr. Leech added that feed is the largest operating expense for chicken farmers, meaning the cost – which Ms. Leung said hasn't yet been determined – will be watched closely. 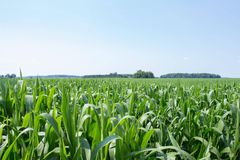 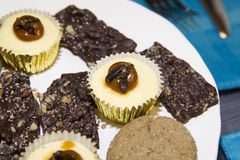 Free-range, organic, omega-3: What type of eggs should I buy?
July 10, 2016
Follow Ann Hui on Twitter @annhui
Report an error Editorial code of conduct
Due to technical reasons, we have temporarily removed commenting from our articles. We hope to have this fixed soon. Thank you for your patience. If you are looking to give feedback on our new site, please send it along to feedback@globeandmail.com. If you want to write a letter to the editor, please forward to letters@globeandmail.com.
Comments