The Canadian Food Inspection Agency revised its plan to impose stricter animal transport rules after being met by industry pressure – setting aside scientific evidence in favour of economic concerns, according to internal documents.

For more than 10 years, the federal agency has been working to update its transport rules for the meat industry to ensure its regulations are "modern and meet international standards, and are supported by science." By 2013, the agency had put together a plan to drastically reduce the length of time animals can be transported without food, water and rest – in some cases cutting that time in half or more.

But internal CFIA documents obtained by the Canadian Coalition for Farm Animals, an animal welfare group, and reviewed by The Globe and Mail illustrate how concerns from the meat industry about "negative economic impacts" persuaded the agency to increase allowable transport times for the majority of species.

In the case of day-old chicks, for example, the CFIA's 2013 plan proposed a maximum of 24 hours in transport. By the time the proposal was published in December in the Canada Gazette, the federal government's official newspaper, that had been changed to 72 hours. In the case of cattle, 28 hours had become 36 hours. And with spent hens (older laying hens sold for meat once they no longer readily produce eggs), the limit had doubled to 24 hours from 12. Spent hens – which tend to be weaker – are categorized separately because of their vulnerable condition.

CFIA's animal transport rules have not been updated since 1977 and, depending on the species, currently allow for transport times of 18 to 72 hours. Once the maximum is reached, the animals must be given a rest period. Europe only allows most animals to be transported for a maximum of eight hours. In New Zealand and Australia, the limits generally fall between 12 and 24 hours. The rules in the United States, which have been subject to criticism from animal-rights groups, allow transport up to 28 hours.

In CFIA's briefing notes and in correspondence among staff, agency officials acknowledge that shorter transport times – generally between eight and 12 hours – are ideal.

But throughout, CFIA employees describe industry push-back. In a document from July, 2015, staffers say one unidentified group "continues to voice strong opposition" to reduced transport times, citing "significant negative economic impact." Another document outlines how an unidentified group warned that reduced transport times "would result in cessation" of an industry.

As a result, the agency altered its original proposal. "CFIA initially proposed 12 hours for [redacted] this was based on research and the needs of [redacted]," a CFIA manager wrote in a 2016 e-mail. "CFIA is now proposing 24 hours as a result of industry concerns."

In an e-mailed statement, a CFIA spokesperson said the 2016 proposal still represents a significant improvement over current rules and added that the matter is subject to further changes.

"Under the proposed amendments, the maximum times permitted for animals to go without food, water and rest are being reduced for most species, in line with scientific research," the statement said. "The CFIA readjusted the proposed maximum time intervals for animal welfare to improve the transportation times; address public concern; and, better align Canada with major trading partners and international standards."

But critics say the agency is prioritizing industry over animal welfare. "On a balance, they hear from animal people, they get letters from public citizens. But who they really listen to is industry," said Canadian Coalition for Farm Animals director Stephanie Brown.

Of the 951 groups consulted by the CFIA, only 12 were animal welfare groups. The agency said it reached out to the "major animal protection organizations of which we are aware."

Maureen Harper, who retired in 2011 after more than 30 years as a CFIA veterinarian, said the current proposal "falls far short" of expectations. In 2003, Ms. Harper served as the acting program officer in charge of the CFIA's animal transport program in Ontario.

"It's the tail wagging the dog," she said. "This is what industry wants."

She pointed to the decision to double transport times for spent hens. "Half the time they're barely feathered," she said. "They're a very fragile, frail animal at that stage of their life. Truth is they probably shouldn't be transported at all."

Last month, the Federal Court of Appeal upheld a decision to fine Maple Lodge Farms Ltd. $6,000 for causing "undue suffering" to a truckload of spent hens after "undue exposure to the weather." In that January, 2013, case, the hens travelled for more than 12 hours from Chazy, N.Y., to Brampton, Ont., in temperatures that at one point dipped below minus-18 C. Once they arrived, the birds were held in an unheated barn for an additional 12 hours in minus-3 temperatures. By the time employees unloaded the truck, 860 of the 7,680 birds were dead.

In an e-mailed statement, Maple Lodge spokeswoman Carol Gardin said the incident was the result of a mechanical breakdown with the transport company. She added that Maple Lodge has improved its processes and no longer works with the company in question.

Ms. Gardin said reduced transport times can in fact be a detriment to animal welfare. She said transporters will often make adjustments to avoid travelling during extreme weather conditions – either picking up birds earlier or keeping them longer on trucks or in barns to prevent exposure.

"By eliminating the flexibility in transport time required to ensure poultry welfare, we are concerned welfare will be reduced instead of enhanced," she said.

Others, such as the Canadian Poultry and Egg Processors Council, also told The Globe it lobbied against reduced transport times. CPEPC president Robin Horel said the eight-hour standard set by the EU isn't realistic for Canada.

"We are moving poultry, including spent hens, pretty long distances because of the geography of Canada," he said.

He echoed the warning described in the CFIA internal documents about the potential "cessation" of an industry. Shorter – and in his view, unrealistic – transport times, Mr. Horel said, would lead to birds being euthanized instead. "Those birds just wouldn't be part of the meat supply."

The internal documents show that, after doubling the time limit for spent hens, one unidentified industry group pushed to increase that further. In that case, the CFIA held firm. "Further prolongation," an agency staffer wrote, "is not recommended." 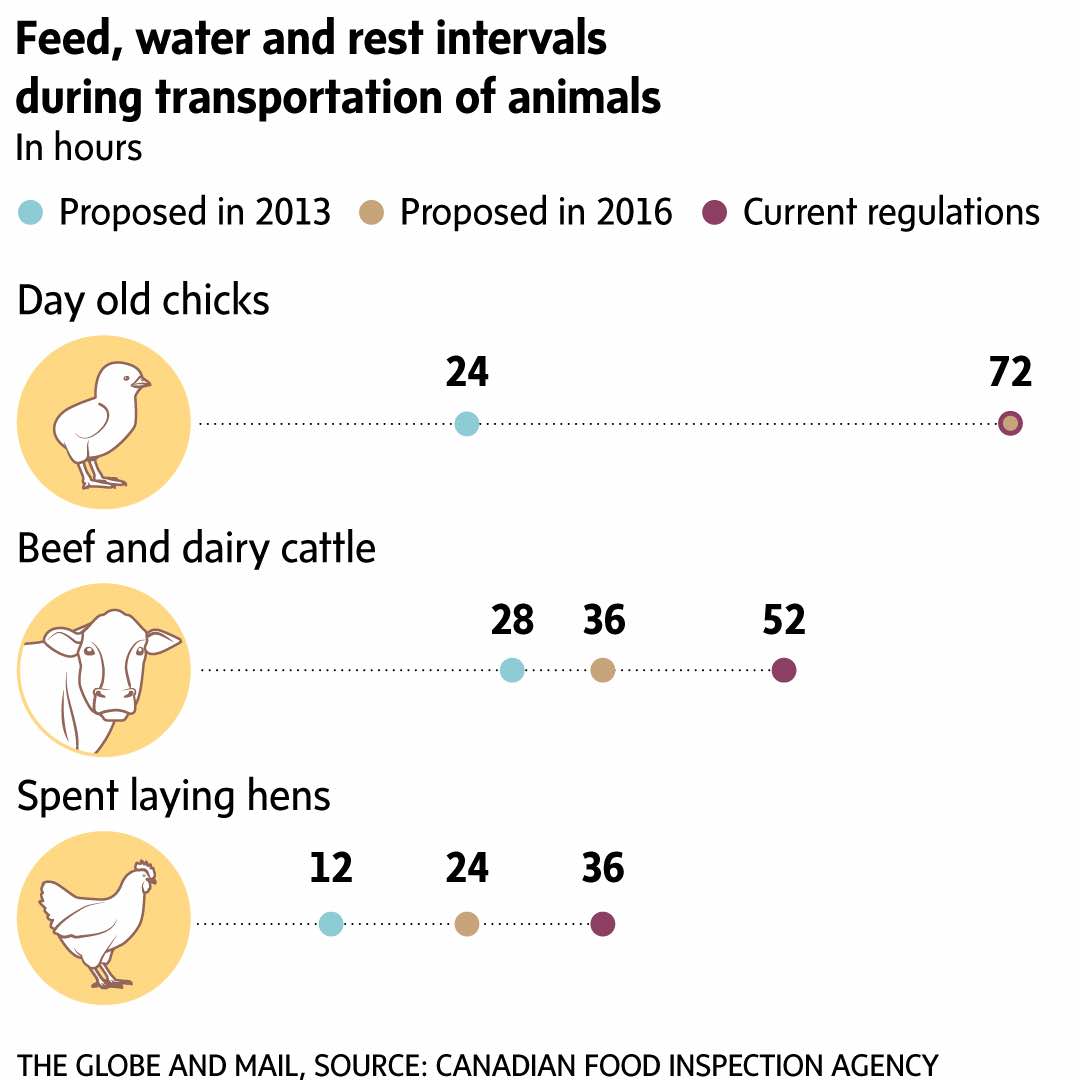 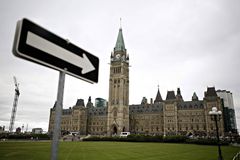 Ontario supplier charged with mislabelling chicken as organic
October 24, 2016
Ontario’s organic farmers want labelling loophole closed
November 14, 2016
Follow Ann Hui on Twitter @annhui
Report an error Editorial code of conduct
Due to technical reasons, we have temporarily removed commenting from our articles. We hope to have this fixed soon. Thank you for your patience. If you are looking to give feedback on our new site, please send it along to feedback@globeandmail.com. If you want to write a letter to the editor, please forward to letters@globeandmail.com.
Comments