China's decision to impose tough new purity standards on the recycled materials it takes in from around the world has Canadian municipalities facing pileups of garbage, hefty extra costs and the risk of losing millions in revenue.

As of Jan. 1, 2018, China, which buys approximately two-thirds of North America's recyclables, requires that contamination levels – newspaper smeared with ketchup, plastics mixed with broken glass – can't exceed 0.5 per cent as part of its National Sword initiative.

That has prompted the Ontario region of Peel, for example, to pay an extra quarter-million dollars for a seven-month experiment to get its recyclable material to a cleaner standard.

The company has said it will lose $1.7-million on the 13,000 tonnes it bought from Peel through the fall and that is now sitting in a warehouse, unsaleable as China won't take it and many other cities are frantically looking for places to sell their paper.

Peel may have to pay that cost, in addition to the $280,000 for the seven-month trial to produce cleaner recycled paper by sending it to a higher-tech facility.

"It is unclear when the National Sword campaign will end or what the overall impact will be. Staff will continue to monitor developments," Peel's commissioner of public works, Janette Smith, concluded in the report.

Some other cities, such as Calgary and Halifax, have had to stockpile plastics or paper they can no longer sell.

Halifax also had to get special permission from the provincial government to ship some of its mounting piles of film plastic (shopping, dry-cleaning, bread bags and the like) to a landfill outside Nova Scotia.

"For us, it's the last resort," said Matt Keliher, Halifax's manager of solid waste. "But we had ended up with 300 tonnes of material with no market and it was starting to degrade on site."

And some cities, including Toronto, are concerned about possibly significant drops in revenue, as the rest of the world competes to find new buyers.

"Our material is still flowing. But the one thing we have experienced is that there's an oversupply of recycling and prices are lower. Our revenues are declining," said Derek Angove, the City of Toronto's director of processing and resource management for solid waste.

The city currently collects $20-million a year in revenue from selling its old paper, glass, metals and plastics.

"That's because we have good stewardship programs," said Joe Hruska, sustainability vice-president of the Canadian Plastics Industry Association, which advocates for improved recycling as part of its operations.

But Mr. Hruska and others who have worked in recycling say that everyone is going to have to produce cleaner products: municipalities, the businesses doing the recycling and individual citizens.

"We have been quite frankly stuck on that drug called China. China has affected all markets," Mr. Hruska said.

He pointed to British Columbia as a model of what should happen. No city in the province is facing a recycling crisis because B.C. put all recycling in the hands of a non-profit, Recycle BC, whose costs are covered by all businesses in the province that are deemed to create waste packaging or products.

It doesn't export plastics because all plastics have been recycled in-province for the last three years, in part because Recycle BC guaranteed a supply of plastics to a local business. That allowed Merlin Plastics to invest in technology that helped it generate second-generation plastic products that are saleable.

B.C.'s paper recyclables, which are sold to China, are also cleaner because half of the cities in the province require their residents to separate paper from glass, metals and plastic.

"For B.C., [the new China policy] hasn't had an impact so far," said Allen Langdon, the CEO of Recycle BC. "We're still shipping but it's much easier for us to meet their standards."

It's doing an even better job with plastic bags, because it has facilitated plastic-bag drop-offs at major pharmacy chains such as London Drugs.

"Unless you collect plastic bags like we do, they're so contaminated," said Mr. Langdon.

Toronto has a one-bin-for-all-recyclables system and its contamination rate is high – 25 per cent, concedes Mr. Angove.

That may change as Ontario switches to a provincial stewardship system similar to B.C.'s.

Mr. Angove said that, while cities and industry can do their part, a big factor in making the recycling market work is residents.

"Make sure you're using your recycling system properly," he said. "People have this thing called wish-cycling – it looks like it should be recycled so I'll put it in here. That drives up contamination rates." 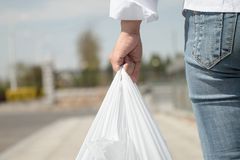 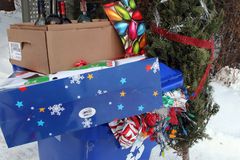 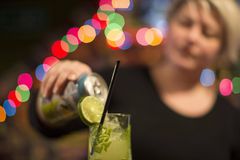