A Toronto lawyer who was considered a driving force in Canada's tech sector died suddenly along with his wife and two children in a Christmas Eve fire that levelled the cottage where they had planned to retire.

Geoffrey Taber, a partner at Osler, Hoskin & Harcourt LLP, was at the cottage on Stoney Lake in Ontario's Kawarthas region for a Christmas break with his wife, Jacquie Gardner, and their teenaged sons, Scott and Andrew. Authorities were called to the fire around 4 a.m. on Saturday. Following a search, the bodies of four people and two pets were recovered by Monday.

Police are not confirming the identities of the victims until postmortem examinations have been completed, but have notified next of kin based on information such as the ownership of the cottage and the vehicles that were in the driveway, according to Constable Jason Folz of the Peterborough County OPP. Osler confirmed the deaths in a statement Monday.

The cause of the fire has not yet been determined and the investigation could be hampered by freezing rain conditions in the area, Const. Folz said.

In the statement, Osler chief executive and managing partner Dale Ponder called Mr. Taber "a legal visionary" who was instrumental in the firm's involvement in the tech sector . Mr. Taber co-founded the firm's Emerging Companies Group about 15 years ago and built an increasing focus on technology.

In interviews and in social media posts on Monday, Mr. Taber was described as a consigliere of sorts to entrepreneurs.

"He has this incredible frenetic energy. He speaks so fast, sometimes it's hard to understand what he's saying because he's just moving at a mile a minute. He tried to pack so much in every day, and live every day," said Chad Bayne, his partner in the practice and a close friend.

Mr. Taber helped to found the University of Toronto's Creative Destruction Lab, which connects startups with experienced entrepreneurs and other mentors . He was also involved in The Next 36, a non-profit program that places entrepreneurs in mentorship with teachers and business leaders and helps them to seek out funding.

John Kelleher, the co-chair of Next Canada, which runs the Next 36 program, recalled taking a walk with Mr. Taber earlier this month, as he spent 45 minutes describing his ideas to help students in the program.

"Part of it was deeply personal, he loved to see the development of young people in such a short amount of time," Mr. Kelleher said.

Multiple colleagues in the sector described Mr. Taber as someone who would become deeply involved, not just as a lawyer, but as an adviser to companies as they were starting out.

"He understood the long game, which is to make our country great, we need to invest in hundreds of these companies, for the few that down the road generate wealth and jobs and opportunity," said Daniel Debow, who co-founded the Creative Destruction Lab.

"He took a bit of a leap a lot earlier than a lot of the big law firms. … He was definitely a pioneer in thinking of tech as a proper revenue channel and partnership channel," said Ben Zifkin, an entrepreneur who hired Mr. Taber to work with his company, Hubba, in its early days.

Ms. Gardner was a corporate lawyer who also worked at Osler – where the couple met – and then as counsel at Altamira Investment Services. More recently, she had dedicated herself full time to raising her children.

At Montcrest School, a private elementary school where the younger son Andrew was in the eighth grade and where Scott attended until last year, a student coach was responding to e-mails from students and parents and was planning to be available this week while the school was still on holiday break.

The staff were also discussing additional support for students and staff. David Thompson, the head of the school, said in an interview Monday that he had been inundated with messages.

The couple had bought the cottage recently, selling another property on an island in the same lake, because water-only access made it difficult to use in the winter and they were hoping to retire there, Mr. Bayne said. 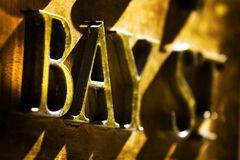 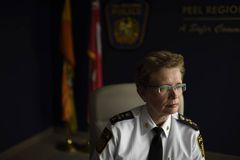 The widowhood effect: What it’s like to lose a loved one so young
December 16, 2016 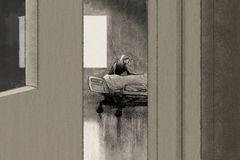