Nine years, thousands of documents and millions of dollars later, Cindy Blackstock is still shocked she had to bring the case forward in the first place.

Behind all the legal wrangling lay a simple principle: that First Nations children deserve the same treatment as anyone else in Canada. The case, which the federal government spent more than $5-million fighting, resulted in a landmark ruling in January that the government discriminated against First Nations kids on reserves by underfunding social services.

The Canadian Human Rights Tribunal ruling was a victory affecting the lives of 163,000 children, one that garnered national attention. Yet half a year later, Dr. Blackstock is visibly frustrated by what she sees as an inadequate response from the government to address urgent funding inequities for kids.

"It doesn't matter how many announcements they make or how many smiles they give … we should all be accountable for what's actually happening to these children on the ground level" – and by that measure, "conditions really haven't changed," says Dr. Blackstock, executive director of the First Nations Child & Family Caring Society of Canada.

So, she continues to nudge. Last week, the federal government filed an update on its actions and announced up to $382-million in new funding to improve access to services. But Dr. Blackstock says she still has "significant concerns" over the government's compliance with the ruling, among them when the funding will start and how it will be allocated. She's now considering further legal action – including a contempt order – if it doesn't move faster.

She continues to criss-cross the country to speak publicly, impatient at the slow pace of change. In the process, the driving force behind the case has been called a hero, a champion of children, and a "rock star social worker." NDP indigenous affairs critic Charlie Angus calls her the greatest civil rights heroine in the country. "She is Canada's Martin Luther King at this moment for indigenous children – a relentless moral voice holding government to account."

Her work in advocating for kids and their rights to equal access to services "has advanced the cause immeasurably," said Paul Martin, former prime minister, who counts himself as a "huge supporter."

"I believe Cindy Blackstock represents so much of what's good about Canada," he said. "The fact that she took on the Harper government on a very simple point and that is that First Nations children are entitled to the same level of care as any other child in the country – I don't think there's a Canadian who'd deny that … And yet it took Cindy years in fighting the government in front of the human rights tribunal to finally make her case."

Ask her about the hero label and she grows uncomfortable. Her standard of success, she says, is whether kids' lives are actually improving. By that measure, she's disappointed. So she carries on. Her hope, she says, is to see Canada celebrate its 150th birthday next year as a country free from racial discrimination.

Dr. Blackstock grew up all over northern B.C., the daughter of a forester who moved with the seasons.

As a little girl, she recalls black-and-white images on TV – the horrors of the Ku Klux Klan and flashes of the American civil-rights movement – and how non-aboriginal Canadians looked south to the U.S. and said, thank god we're not like them.

"And yet for me, there was the Indian Act, there were these reserves, expectations that we were worth less than everybody else, we were the 'takers' of society – and there was no awareness of the other side of this reality. It was almost like we were screaming into silence," says Dr. Blackstock, 51, a member of the Gitxsan First Nation. "That injustice and that refusal to accept it was something that would just be a trajectory throughout my life."

That trajectory includes four degrees, including a PhD in social work from the University of Toronto, as well as four honorary degrees, and 49 awards and honours.

After earning her first degree, she worked as a social worker in B.C. for more than a decade, an experience that showed her how flawed the system was: Most of the children being taken by child and family services were indigenous, and many who were removed wound up worse off than where they'd come from.

So, she decided to change that. Not by going after an agency or two. She took on the whole system.

"What I saw were children being systemically removed from these communities. And I'd go to these communities, and there was no running water, and people would wonder why the kids weren't clean, and I'd think maybe someone should do something about the water. We would see the multigenerational impacts of residential schools, and there are no mental-health services that are culturally appropriate. So there were all these layers of inequality and I started to realize it was the system, in many cases, that was creating conditions where families were not going to be successful in caring for their kids. And nobody was really holding the system to account."

This inequality has had a direct impact on social and economic outcomes. Indigenous children are more than twice as likely to live in poverty as other kids in Canada. Suicide rates are up to seven times higher than among non-aboriginal youth. Life expectancies are lower. There are more than 100 boil-water advisories on reserves across Canada. Housing conditions remain substandard.

In 2007, the Caring Society and the Assembly of First Nations filed their complaint. In the process, federal funding to her organization was cut. She felt "violated" to learn the federal government was spying on her personal life, including monitoring her Facebook page, a finding backed by Canada's privacy commissioner. She was also barred from a key meeting by a government official – a move the human rights tribunal ruled was retaliation, and was awarded $20,000, which she donated to children's charities.

Stories of the children

First Nations kids are more likely now to be in child welfare care than at the height of the residential school system, Dr. Blackstock tells a Toronto audience in a recent keynote address. She translates that statistic into how kids would see it: how many sleeps till I can see my mom. By that measure, between 1989 and 2012, the number of nights that First Nations kids spent in foster care, away from their families, is "over 66 million sleeps, or 187,000 years of childhood. That's the cost of doing nothing. We are losing another generation of kids."

She tells stories about some of the children – Shannen Koostachin, who dreamt of safe, culturally based schools in First Nations communities, so that kids wouldn't have to leave home to get a good education, who died in a car accident at the age of 15. Jordan River Anderson spent years unnecessarily in hospital while jurisdictions argued over his care; he died at the age of five, having never spent a day in a family home. His case inspired "Jordan's Principles" – a policy aimed at ensuring that First Nations kids can get appropriate services without delay, and one that the federal government is now charged with fully implementing.

She is by no means done. "I really believe that the greatness of the country and of our joint society … is bound up in the possibility of raising a generation of First Nations who never have to recover from their childhoods, and a group of non-aboriginal children who never have to say they're sorry."

Besides, she says, kids "are a lot of fun to hang out with. And they make a lot more sense than adults do a lot of the time."

First Nations, courts search for ways to use aboriginal customs and laws
January 8, 2016 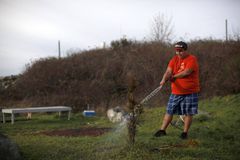 The Taken: Five women, five serial killers and how their paths came to meet
November 23, 2015
Follow Tavia Grant on Twitter @taviagrant
Report an error Editorial code of conduct
Due to technical reasons, we have temporarily removed commenting from our articles. We hope to have this fixed soon. Thank you for your patience. If you are looking to give feedback on our new site, please send it along to feedback@globeandmail.com. If you want to write a letter to the editor, please forward to letters@globeandmail.com.
Comments