Waiters passed around sushi on platters and the bar served up glasses of white wine. The room, with its vaulted ceilings and stained-glass windows, had a festive feel.

That the reception was marking Wrongful Conviction Day, an annual commemoration of injustice, did not mean that those gathered at the Law Society of Upper Canada in Toronto had nothing to celebrate. The event was being staged by Innocence Canada, the country's leading defender of the wrongfully convicted and proud owner of a new name.

Until earlier this month, the group was known as the AIDWYC – the Association in Defence of the Wrongly Convicted – a storied organization with an unwieldy handle. A pro bono rebranding effort by the advertising agency KBS changed that.

Left unsaid, amid the applause and clinking glasses: Even after a fresh coat of paint, the house's foundation appears to be crumbling.

The exhaustion of a generous grant and a failure to secure funding from the federal government has left Innocence Canada in a financial bind, shedding staff and unable to take on new cases. Board members fear that without an infusion of cash, the group may dwindle to a shell of its former self.

"The circumstances are fairly dire for us," executive director Debbie Oakley said.

The organization, created in 1993 out of the defence committee for Guy Paul Morin, has scrimped by before. In his speech at the Law Society, Innocence Canada senior counsel James Lockyer remembered climbing the "dismal stairs" to a "dismal office" where the AIDWYC was once based.

Mr. Lockyer and his colleagues have built an impressive roster of achievement since then. The group's new logo represents a terrible and impressive tally: 21 notches for 21 wrongfully convicted people that Innocence Canada has helped to exonerate. Many of them – Steven Truscott, David Milgaard, Roméo Phillion, Mr. Morin – have become household names in the justice system.

In 2009, a generous donor let them expand their horizons. The $1-million gift from Ian Cartwright, a retired Ontario Superior Court judge, "made all the difference in the world," Ms. Oakley said.

Since then, the group has been able to add staff and launch a legal education program that tours the country instructing police colleges, law students and prisoners in the risks of wrongful conviction.

Most of the organization's work is done by volunteers, with about 50 lawyers contributing their time. But the costs of pursuing exoneration add up. Alan Young, co-founder and director of the Innocence Project at Toronto's Osgoode Hall Law School, notes that hiring expert witnesses and paying for labs to review forensic evidence can be especially costly.

Innocence Canada has an annual budget of between $500,000 and $600,000, with the Law Foundation of Ontario contributing a little less than half that amount. Over the past few years, charitable gifts have averaged about $150,000 a year, but with staff cutbacks, the group will have less ability to solicit donations, Ms. Oakley said.

Two staffers have already left the organization. And although Innocence Canada has 85 ongoing cases, it won't be taking on new ones unless it finds another source of funding. Meanwhile, it has begun negotiating an end to its office lease.

"We're now faced with scaling back the organization to something much, much smaller," Ms. Oakley said.

Of course, the group has been scrambling to fill its coffers, but those involved in the effort have learned that exonerating convicts is a hard sell to philanthropists. People tend to assume that such a thing could never happen to them, said Mr. Dalton, who was wrongly convicted of murder in his wife's 1988 death and was exonerated in 2000.

"It's not a sexy cause," he said. "There are a lot of people with their hands out for money these days, and we tend to be at the end of the line."

Until the 1990s, exonerations of the wrongly convicted were virtually unheard of. But when advances in forensic science and judicial practice put the flaws of the justice system under a spotlight, the AIDWYC channelled the new legal landscape to score a series of important victories.

"AIDWYC has advanced the cause," said Anthony Moustacalis, president of the Criminal Lawyers' Association. "They were very important for being the public face of the developing service of examining the validity of convictions."

A flicker of hope for the organization's future was snuffed out in September by the rejection of a request for government funding. Members of the staff and board spent much of the past year securing and then preparing for a meeting with Justice Minister Jody Wilson-Raybould in June at which they requested $250,000 annually, plus a couple hundred thousand extra dollars for lawyers to write briefs on behalf of wrongly convicted people.

The meeting seemed to go well. Mr. Dalton told his exoneration story, and the Minister listened "with rapt attention," he said. The rejection was a stinging disappointment.

"The Department of Justice understands that their work is important to Canada's justice system. After careful consideration, however, it was determined that their proposal did not meet the criteria of the department's funding programs," Andrew Gowing, a Justice Department spokesman, said in response to a question from The Globe and Mail. "Specifically, the terms and conditions do not currently allow for the provision of new ongoing operational funding which supports the core operations of organizations."

Ms. Oakley said the group will continue seeking funding from the government through other channels, and keep pressing its long-standing case that Canada should establish an independent commission to investigate possible wrongful convictions, as Britain has.

In the meantime, though, "who's going to fill the capacity in this country?" she asked. "Now, it's not going to be us." 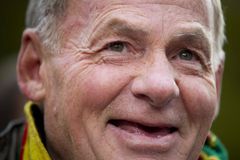 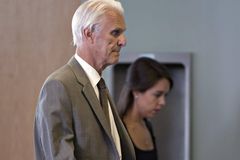