This winter in Westmount, the wealthy enclave within Montreal, one-third of the contracted snow-removal trucks will be outfitted with safety rails in an effort to prevent pedestrians and cyclists from tumbling beneath and getting crushed under their wheels when struck.

Eventually, the city of Westmount expects all large trucks it hires will have side guards. It has already retrofitted its own small fleet of dump trucks with steel strips that cover the gap between the wheels.

While the federal transport regulator and trucking industry question the effectiveness of side guards, Westmount is among a handful of municipalities and one province that have forged ahead and loosened budgets to pay for the barriers, which cost Westmount $1,500 per truck. The reason: They believe side guards save lives.

"It's unfortunate that more municipalities and trucking firms have not taken this on because it's not a big [expense]and I think it does provide an element of safety that is needed," said Duncan Campbell, Westmount's director-general.

It took the death of 21-year-old university student Jessica Holman-Price in a 2005 snow-plow accident to spur change in Westmount. In Toronto, the recent death of cyclist Jenna Morrison, who was clipped by a truck and crushed, has motivated Councillor Glenn De Baeremaeker and others to act.

On Wednesday, city council will consider a motion calling on Canada's largest city to study the idea of equipping its truck fleet with safety barriers. Side guards were last on Toronto's radar five years ago, but the city's works committee rejected making them mandatory on municipal trucks. The expense was "difficult to justify," a city report stated then. Toronto instead urged Transport Canada to draft a national regulation for side guards.

Mr. De Baeremaeker was part of the 2006 works committee. He now believes rejecting side guards was a mistake. The city has at least 470 trucks that could be retrofitted with the safety device.

"All of us accept today that seat belts and airbags should be mandatory," said Mr. De Baeremaeker, who regularly cycles 20 kilometres to work. "[Side guards]would protect people's lives."

On the federal front, NDP MP Olivia Chow has introduced a private member's bill urging the regulator to make side guards mandatory on most trucks in Canada. Minister of State for Transport Steven Fletcher told Parliament this month the Conservative government is "looking to research to see what can be done in this area." He also said provinces could introduce their own side-guard regulations if they wanted to.

The federal government and trucking industry have maintained that research on side guards is inconclusive. A 2010 study commissioned by Transport Canada showed the number of cyclists and pedestrians killed or seriously injured in collisions with large vehicles has dropped since the introduction of side guards on most trucks in Europe in the late 1980s. However, it was unclear whether the safety measure was entirely responsible for the decrease or one of several factors.

Newfoundland is the only province to require side barriers on its new snow-plowing and sanding trucks, at a cost of $1,500 per vehicle.

"We thought that if it could prevent any injury, or God forbid a death, that it was well worth it," Newfoundland Transportation Minister Thomas Hedderson said.

ExxonMobil, one of the world's largest companies, is among the few firms that back the use of side guards because it believes they mitigate the risk of cyclists and pedestrians becoming seriously injured. The U.S. petroleum giant, which operates in Canada, has equipped its trucks with safety barriers and expects its contracted haulers to do the same, though this expectation isn't mandatory. (The company declined to discuss its safety practice in an interview.)

Across Canada, 77 pedestrians and 24 cyclists died as a result of collisions with heavy vehicles in urban areas from 2004 to 2006 and 1,410 people were injured, the most recent government statistics show. One of those deaths occurred in Westmount.

Six years ago, Jessica Holman-Price slid beneath the side of one the city's contracted snow-removal trucks as she frantically pushed her 10-year-old brother out of danger. The 21-year-old university student was crushed and killed; her brother suffered a brain injury, but lived.

Her death prompted Westmount to adopt side guards, Mr. Campbell said. As in Newfoundland, the cost of guards was $1,500 per truck for material and labour. 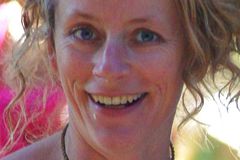 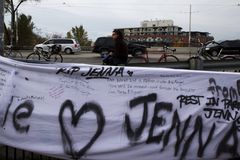 Cyclists and motorists must learn to get along
November 14, 2011 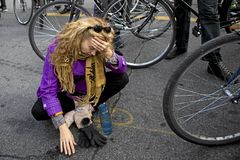 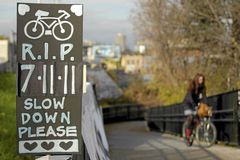