With his trip to Arctic Alaska, Obama's push for stronger environmental policies is thrusting climate change into the 2016 campaign. But where the candidates stand varies widely. 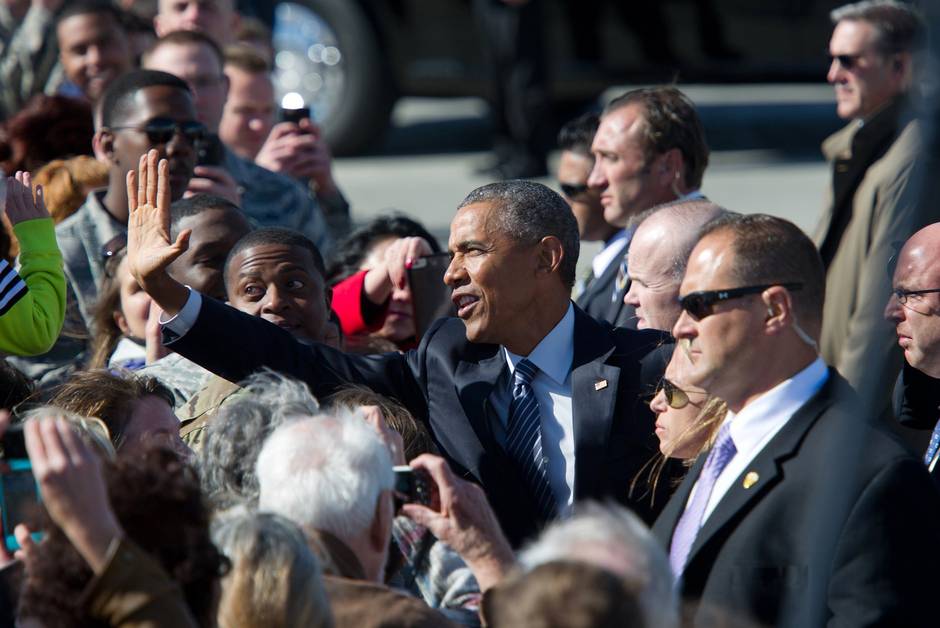 President Barack Obama greets a crowd after arriving at Elmendorf Air Force Base, Monday, Aug. 31, 2015, in Anchorage, Alaska. Obama opens a historic three-day trip to Alaska aimed at showing solidarity with a state often overlooked by Washington, while using its glorious but changing landscape as an urgent call to action on climate change. (Michael Dinneen/AP)

The climate shift in America

Barack Obama will be the first sitting U.S. president to set foot in the Arctic Circle. His three-day visit to Alaska is part of a bigger push on his part to cement climate change as a central part of his legacy.

It comes as climate change is expected to emerge as an unavoidable talking point in the 2016 election. For Democrats, that means building on what Mr. Obama started. For Republicans, it means rethinking the party line and figuring out how to stay relevant with a base of supporters where climate-change denial is still prevalent while also appealing to more moderate voters.

A Pew Research Center report in July, based on 2014 polls, shows almost three-quarters of Americans believe the Earth is getting warmer. Forty-six per cent of U.S adults believe that warming is due to human activity, while 22 per cent believe it’s mostly because of natural patterns. A quarter of U.S adults do not believe there is solid evidence the Earth is getting warmer, according to the poll.

The numbers skew significantly by age. While 60 per cent of Americans aged 18 to 29 believe human activity is responsible for the Earth’s warming, that number drops to 31 per cent for Americans aged 65 or older.

The numbers are also strongly divided along party and ideological lines. About 10 per cent of conservative Republicans believe human activity is causing the Earth’s warming. For moderate Republicans, that number jumps to 36 per cent. For moderate Democrats, it stands at 63 per cent, while liberal Democrats had the highest percentage of believers in human-made climate change, at 78 per cent. 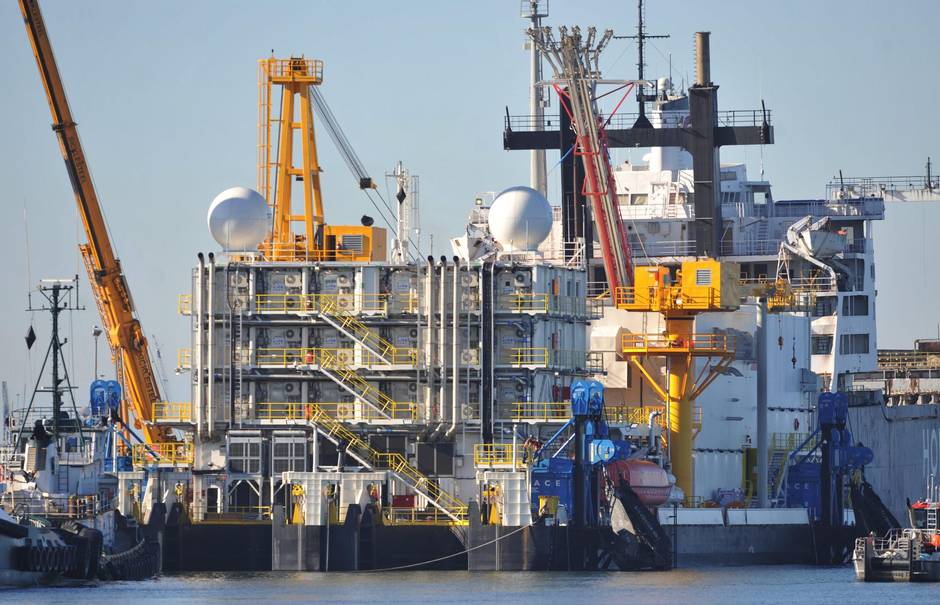 The Arctic Challenger is at the Port of Bellingham International Dock Monday, Sept. 17, 2012, in Bellingham, Wa. (Philip A. Dwyer/AP)

The majority of Democratic supporters believe humans are the cause of climate change, and the party has played to that.

Where Mr. Obama had to navigate the politics of balancing interests of businesses with environmental groups, the party’s current candidates for the presidency are taking a harder stance in favour of the environment.

On Aug. 3, Mr. Obama announced plans to reduce carbon levels from power plants by 32 per cent from 2005 levels by 2030. It’s an aggressive plan that comes as part of a months-long effort that will culminate in Paris this December at a United Nations summit meeting where Mr. Obama is hoping to get a global accord on climate.

Though Mr. Obama is trying to make climate change part of his legacy, Democratic candidate Hillary Clinton has criticized his conflicting policies, such as approving Royal Dutch Shell to drill an exploratory well in the Chukchi Sea in the Arctic.

“The Arctic is a unique treasure. Given what we know, it’s not worth the risk of drilling,” Ms. Clinton said on Twitter the day after the drilling permit was granted.

Ms. Clinton, in a statement, called Mr. Obama’s carbon plan “a significant step forward.” On Twitter, however, she said it was “the floor, not the ceiling” in fighting climate change.

Bernie Sanders, another Democratic presidential candidate, praised Mr. Obama’s carbon-reduction plan as a step forward. Unlike Ms. Clinton, Mr. Sanders has come out against the proposed Keystone XL pipeline. Ms. Clinton has said she cannot weigh in as a candidate because she had direct involvement in the pipeline process as Secretary of State.

Ms. Clinton has announced several ambitious environmental goals, should she be voted in as president. Among them is a plan to increase the United States’ solar capacity seven-fold by the end of her first term and to have renewable energy account for a third of all the country’s electricity by 2027. 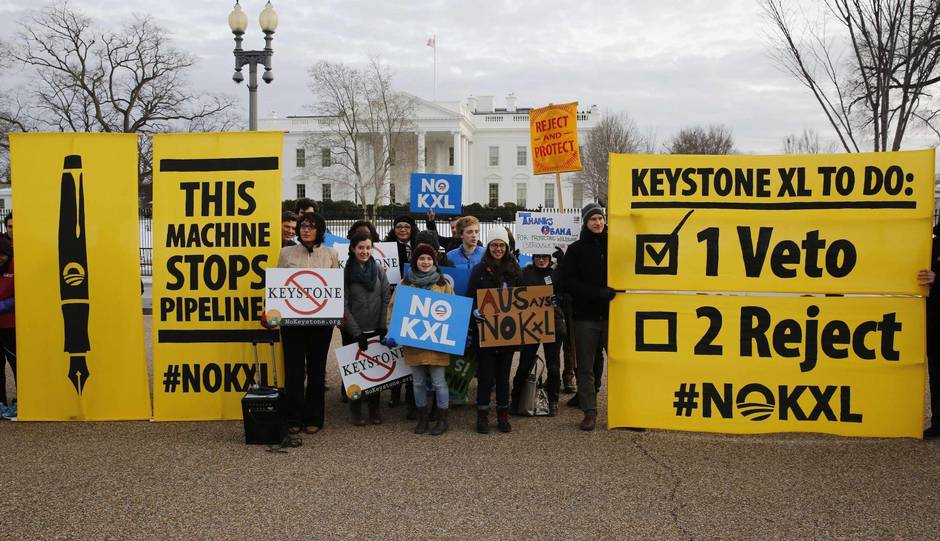 For many years, supporters of the Republican Party have leaned against severe climate-change regulation. But that’s changed. Several of the 2016 Republican presidential candidates acknowledge human-made climate change is real. Where they differ is on how to deal with it.

The dilemma is the balancing act of opposing Mr. Obama’s policies while not coming off as climate-change deniers, for fear of losing out on moderate voters. Some of the candidates oppose Mr. Obama’s specific regulations, not general action against climate change. Carly Fiorina, former chief executive officer of Hewlett-Packard, summed up this position when she said “the answer to this problem is innovation, not regulation.”

Former Florida governor Jeb Bush told the Wall Street Journal last week he believes human activity has contributed to climate change. “I think it’s appropriate to invest in the proper research to fund solutions over the long haul,” he told the Journal, adding those solutions shouldn’t be “too alarmist.”

Wisconsin Governor Scott Walker has opposed Mr. Obama’s plan to reduce pollution from coal-fired plants. He is one of a few governors who followed Majority Leader Mitch McConnell’s call for governors to refuse to comply with the proposed carbon-reduction program.

Donald Trump has said he doesn’t believe global warming is real. “I call it weather. You know, the weather changes,” he told the Palin Update radio show. 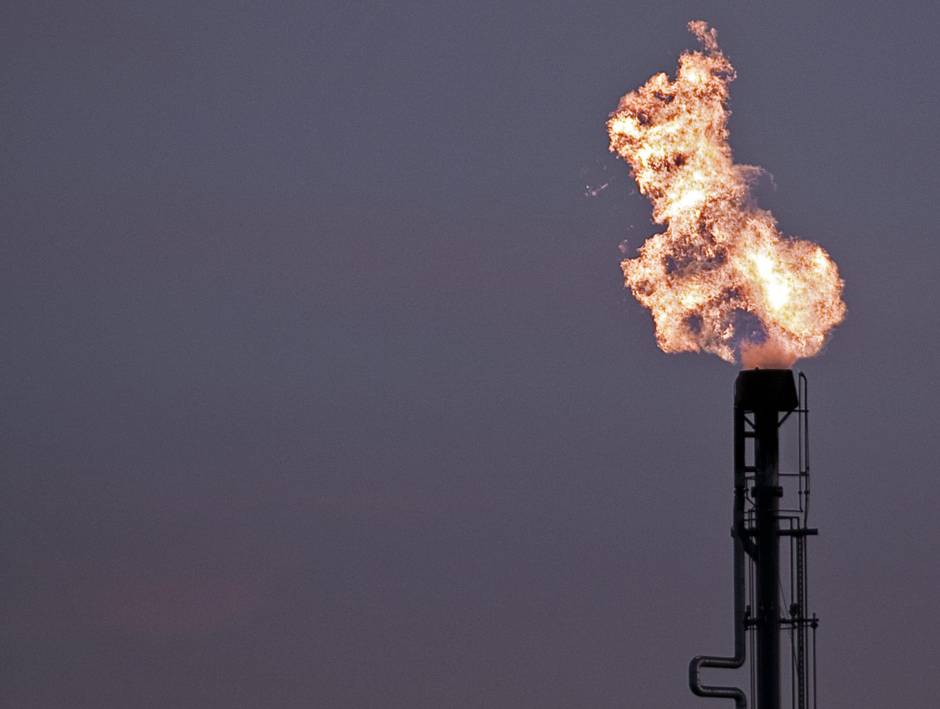 Gas burns from a flare stack in this file photo. (Andrew Vaughan/CP)

The effect on Canada

The focus on climate change in the United States will have an effect in Canada, where the climate-change policy has always been closely tied to that of the United States. There is enormous economic pressure on Canada to match – but not exceed – the level of regulations in the United States, according to Douglas Macdonald, a senior lecturer on the environment at the University of Toronto. In the 1990s, business interests lobbied for policies that wouldn’t put them at a disadvantage when exporting to the United States, Mr. Macdonald said.

“Canada had to be careful not to diverge too much from American policy because we were so dependent on exporting into that economy,” Mr. Macdonald told The Globe and Mail on Monday.

Since then, Canada has largely kept step with the United States, with a few notable exceptions, such as the Kyoto Protocol, the international treaty to reduce CO2 emissions, which Canada ratified in 2002, while the United States pulled out.

If a Democrat with a more aggressive climate-change policy gets into the White House, the economic pressure to follow suit will be huge, Mr. Macdonald said.

“If they started to act in a way Obama didn’t when he was first elected, then that would open the door to Canadian federal action,” he said.

If the administration turns out to be Republican, with little or no action on the climate-change front, it will remove any pressure to align upward, he said.