The federal government has warned scientists working at the Experimental Lakes Area that they should be prepared to mothball the world-renowned environmental research facility next March, even as researchers and provinces plead with Ottawa for more time to find a new operator.

In a conference call with scientists this week, a senior Department of Fisheries and Oceans official said Ottawa is searching for a new manager for the station, but remains committed to the March, 2013, deadline when the facility will close unless a new operator has taken over, people who participated in the call say.

The official told them that they should be preparing to shut down the centre, which consists of 58 small lakes and their drainage area in a remote spot in Northwestern Ontario. The 17 staffers at the centre received letters last month that their jobs were in jeopardy and are expecting to get letters next fall declaring them surplus.

"The timeline is so short it seems ludicrous to us," said Sherry Schiff, an environmental geochemist from the University of Waterloo who is at the Experimental Lakes Area (ELA) conducting research. She was on the phone call with DFO officials this week.

"I can't imagine how it can all get sorted out and in place under the timeline they've given."

Both Dr. Schiff and Drew Bodaly, a former chief scientist at ELA, urged the federal government to extend the deadline to give more time for a solution to be worked out. Ministers from Ontario and Manitoba also asked for it to be kept open in a letter to Fisheries Minister Keith Ashfield and Environment Minister Peter Kent earlier this month.

Manitoba has pressed Ottawa not to end funding for ELA abruptly, a spokesman for Conservative Minister Gord Mackintosh said on Friday

"Any serious approach to creating a new operating scheme requires a deferral of the federal government's decision to cut their funding, and a rigorous discussion with academic, scientific and government leaders," the spokesman said in an e-mail.

The Conservative government has defended the $2-million funding cut, saying the centre isn't part of the DFO's core mandate and that Environment Canada – which helps finance the ELA – has higher priorities in monitoring the impact of the oil sands. The ELA's defenders say the work done there is directly applicable to the oil sands, especially regarding the acidification of small lakes. And they note that, in the months before the announcement, the DFO funded a number of projects at the ELA that had won internal government competitions.

DFO director-general David Gillis said Friday that closing the facility "was always plan B" and that the government remains committed to ending operational funding on April 1, 2013. He said talks have begun with universities and other "interested parties," including the charitable "Friends of ELA," which raises money to support research there. He said Ottawa has not talked to Ontario or Manitoba – which has a related fresh-water research facility – about participating in the ELA's operation.

"Plan A is to find an operator and get them in place by April, 2013," Mr. Gillis said. "We do recognize that we don't have a lot of time; that that is why we're moving quickly. But it's early in the process."

But Dr. Schiff said staff scientists are already beginning to look for work elsewhere, while outside researchers worry multi-year projects that extend beyond the March 31 deadline are in jeopardy. Supporters are pessimistic that provinces or universities would take on the operation of the site, given their own budget pressures.

But even if a prospective operator can be found, it will be a lengthy process to revamp legal agreements and funding arrangements with foreign institutions like the U.S. Smithsonian Environmental Research Center, whose scientists conduct research at ELA.

"It seems to me that if the government is trying really hard to find the best outcome, it would not impose such a tight deadline," Dr. Schiff said. Mr. Gillis said the government would have to make a judgment call if it can identify a new operator but has not completed the transfer by April 1.

The threatened closing is the latest in an ongoing battle between the Harper government and vocal members of the scientific community who argue the Conservatives are shutting down any research effort that might raise concerns about the environmental impact of resource development. 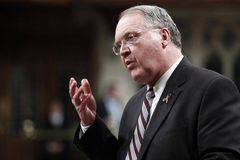 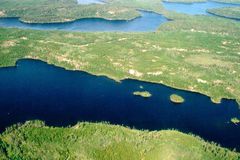 Federal research facility urged to attend to bottom line
December 30, 2004
Follow Shawn McCarthy on Twitter @smccarthy55
Report an error Editorial code of conduct
Due to technical reasons, we have temporarily removed commenting from our articles. We hope to have this fixed soon. Thank you for your patience. If you are looking to give feedback on our new site, please send it along to feedback@globeandmail.com. If you want to write a letter to the editor, please forward to letters@globeandmail.com.
Comments