Canada's doctors want legislators to get a little bit tougher on parents who don't vaccinate their kids.

The Canadian Medical Association on Tuesday called for an end to non-medical exemptions in provinces that have mandatory vaccination rules.

Tommy Gerschman, a Vancouver physician, said three provinces – Ontario, Manitoba and New Brunswick – currently have laws making it mandatory for children to show proof of vaccination before they can attend school. (In other provinces and territories, the rules vary by school board, and sometimes by school or daycare centre.)

But current law in those provinces allows parents to sidestep those rules if they have a religious or philosophical objection to vaccination. (Children with medical conditions that do not allow them to be vaccinated, such as immune deficiencies and severe allergies, are also exempt.)

"It's time to end all non-medical exemptions for vaccination," Dr. Gerschman said.

Delegates to the CMA's general council meeting narrowly backed that call, with 58-per-cent support, but not before a heated debate.

That stand bolsters existing CMA policy established last year that says every child who attends school should be required to make a "declaration of immunization." (In Canada, almost 400,000 children a year are vaccinated. Only about 1.5 per cent of children receive no childhood vaccinations, but 10 to 20 per cent do not receive all of their recommended vaccines.)

In short, physicians believe there should be a registry so it is clear which vaccinations each child has, but they stopped short of supporting mandatory vaccination.

On Tuesday, that sometimes subtle distinction was again the focus of debate.

"Mandatory vaccination actually reduces vaccination rates," said Anna Reid, a physician from Yellowknife. The evidence shows that when exemptions are removed, she said, vaccination opponents tend to "become more rabid" and even withdraw their children from school.

Chris Simpson, a cardiologist from Kingston, Ont., said while the call for tougher rules is well intentioned, it's not clear that it would advance the desired goal: to make kids healthier and safer.

The best approach, he said, is demanding a declaration of immunization from every child, with information gathered in registries. That way, non-vaccinated or under-vaccinated children can be isolated during disease outbreaks and outreach can be done with their parents to encourage vaccination.

But some physicians argued that infectious diseases are so devastating that allowing exemptions for non-medical reasons is unacceptable.

Lesley Barron, a physician from Limehouse, Ont., said it is essential that as many children as possible be vaccinated to protect them and those who cannot receive their shots, like her son, who suffers from an immunodeficiency.

"He ended up in ICU because others were not vaccinated," Dr. Barron said in an emotional address to delegates.

Tom McLaughlin, a fourth-year pediatrics resident, said he was torn on the issue because he's seen everything from children dying of vaccine-preventable illnesses, to children who don't get proper health care because their parents don't want to be judged for not vaccinating.

But in the end, Dr. McLaughlin cited the position of the Canadian Paediatric Society, which argues that the best approach is education, not legislation. The CMA in the past called for the creation of a national vaccine registry so all information is stored centrally and securely. This is particularly important because, in recent years, there have been a growing number of outbreaks such as measles, mumps and whooping cough. 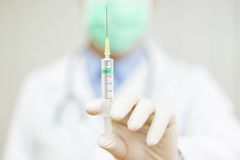 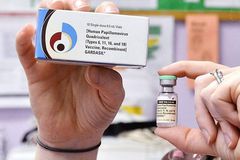 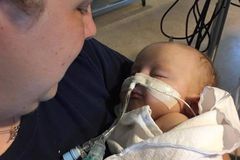