No longer limited to a few gardening boxes on an old parking lot, the trend is taking centre stage in housing developments being built around the idea of community-grown local food.

The agriculture-based developments, or so-called agrihoods, have already sprung up across the U.S. and now they're starting to take root in Canada.

One of the first is being established on an old cattle farm about 100 kilometres east of Vancouver, where Frosst Creek Development Co. is building 129 homes along with four hectares of fruit orchards, berry patches and vegetable gardens.

"What we are trying to do out here is being one of the first to have a farm-to-table agricultural recreational feel throughout the whole community," said Steven Van Geel, sales director at Frosst Creek and son of the property's developer, Jon Van Geel.

"We wanted to create an area where you can literally walk off the back deck of your property, pick an apple from the apple orchard behind your property, and go inside and make a pie from it."

The development, called Creekside Mills at Cultus Lake, will have a full-time farmer to tend to the crops, but Van Geel says he sees owners getting involved and helping with the pruning and weeding of the plants, while children can learn about where their food comes from.

The communal aspect is a big part of the growing popularity of the food-to-table movement, says Tara Moreau, associate director of sustainability and community programs at the University of British Columbia's Botanical Garden.

"It's becoming a significant trend, and I think it's because food allows people to gather together," said Moreau.

"The rise of these agrihoods is an indication of that," said Moreau. "They seem to have sprouted up as places where people can grow food and learn about agriculture but also live and interact."

In the U.S., these farm-to-table communities can run at a much larger scale, like the Prairie Crossing development in Illinois that has a 40-hectare farm alongside 359 houses, and the Willowsford development in Virginia that manages 121 hectares of farmland as part of a planned 2,000 homes.

But the potential scale of these developments has Moreau concerned that it could mean an overall loss of farmland.

"Even though it's going to be an environment where you're wanting people to engage closely with agriculture, you're taking that agricultural soil and turning it into a house."

It's a concern shared by Joe Nasr, an instructor at Ryerson University's Centre for Studies in Food Security, who has seen conflicts with developers and farmers in Ontario.

"I could see it as a Trojan Horse, where maybe some particular development that otherwise might not get developed might happen because they take this approach," said Nasr.

The problem is pronounced in B.C.'s Lower Mainland, where farmland is scarce and property values high.

In Delta, the Southlands development has stirred up controversy for proposing to transfer 172 hectares of land into a public community farm while building houses on another 43 hectares of what was once farmland in B.C.'s Agricultural Land Reserve.

Van Geel said that while Creekside Mills is being built on old farmland, much of it wasn't in the land reserve, so the development actually has them increasing the size of the reserve by close to a hectare with their four hectares of farmland. 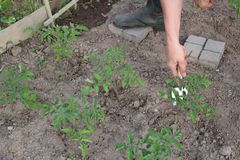 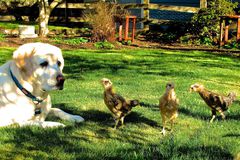 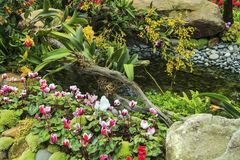