A federally regulated medical marijuana company caught selling products tainted with a banned pesticide that can cause debilitating health problems has been unable to determine how the chemical got into its supply, raising new questions about the oversight of the industry.

Organigram Inc. said on Monday that it has wrapped up an internal investigation into a product recall announced in December, but has turned up "inconclusive findings" with "no hard evidence leading to the source of the contamination."

The company also said it would offer full refunds to customers who purchased the tainted product, after initially refusing over the past two months to give patients their money back. The refunds will cost $2.26-million, Organigram said, which represents a significant financial hit to company. The writedown is worth slightly more than the total sales reported by Organigram in its most recent quarter.

The decision to refund customers' money comes as Organigram faces the prospect of a class-action lawsuit over the tainted cannabis, which some patients say has left them experiencing serious health affects, including lung problems, rashes, and persistent nausea and vomiting. At least two law firms are looking at launching actions that would force the company to surrender profits related to the tainted product.

Organigram is one of three medical marijuana companies caught up in a banned-pesticide scare that has swept through the medical marijuana industry and raised concerns about Health Canada's oversight of the sector – particularly as Ottawa prepares to legalize cannabis for recreational use, creating what is expected to be a highly lucrative business.

Mettrum Ltd., Organigram Inc., and Aurora Cannabis Inc. announced late last year that they were recalling products after the pesticide myclobutanil was discovered in medicine sold to clients. Myclobutanil is outlawed on plants that are smoked because it produces hydrogen cyanide when heated and can cause serious health problems.

Monday's announcement by Organigram that its investigation could not determine the source of the problem casts further doubt on the credibility of the industry, which is licensed by the federal government to produce safe, pharmaceutical products for patients who use the drug to treat everything from cancer-related pain to epilepsy.

Several patients who consumed the tainted cannabis say they are not sure if they can trust the products again, particularly since Health Canada does not require regular safety testing for all 38 companies in the industry to ensure the medicine is clean.

Organigram maintains it has never used myclobutanil which is known in the industry as an easy but dangerous shortcut to dealing with outbreaks of mildew that can threaten crops. The company said it believes the banned pesticide may have gotten into its plants through "inputs" in the growing process, such as contaminated fertilizer or soil. In particular, Organigram officials suspect peat moss the company used for a time in 2016 may have been treated with myclobutanil before entering the facility, but the company has no conclusive proof and no longer uses the peat moss.

"As a result of the contamination issue, the company has instituted a series of new protocols to prevent a recurrence of any issue of this nature," Organigram said. "All inputs from outside suppliers are now tested before they are used. Inputs include such things as seeds, growing medium, fertilizers, water, etc."

Organigram once marketed itself as an organic grower of cannabis but has since lost that designation from global certification body Ecocert and will have to reapply. The company said it is now testing all of its product lots for pesticides before they are sold.

The Globe and Mail first uncovered the myclobutanil problem in Canada's federally regulated medical marijuana industry in December, revealing that a recall at Mettrum was due to the pesticide. However, neither Health Canada nor the company included that information in their official public announcements of the recalls.

A day after The Globe article was published, Organigram issued a public notice saying it too had been found selling products that contained myclobutanil, which is well known throughout the industry as a banned product. The problem was discovered almost by accident when Aurora tested a bulk shipment it purchased from Organigram for resale to clients.

The myclobutanil scare exposed a troubling blind spot in Canada's regulatory regime. Health Canada said recently that it had not required the industry to test for harmful pesticides, because the companies know they were not allowed and therefore should not be using them.

Though only three companies have issued recalls, several patients told The Globe they now don't know which of the 38 federally licensed medical producers can be trusted, because there is no regular pesticide testing to prove that banned chemicals are not being used. Prior to the recent spate of recalls, each company claimed to be putting the health of their patients first and producing trustworthy products.

However, some companies don't think those efforts are enough to win back the confidence of patients.

CanniMed Therapeutics Inc., based in Saskatoon, has taken the unusual step of commissioning independent lab tests on some of its products and making the data public to show consumers that its medicine contains no banned pesticides.

The move is an effort by the company to distance itself from the myclobutanil worries that now loom over the sector.

Myclobutanil is approved for use on some foods, such as berries and grapes, because the chemical can be safely metabolized by the digestive system. However, when smoked, it creates hydrogen cyanide that enters the bloodstream directly through the lungs. Its manufacturer, Dow AgroSciences, issued a statement last month saying that the product is not approved for cannabis.

Myclobutanil has long been a concern among illegal grow operations, since it is considered an easy but very dangerous shortcut to saving a crop hit by a mildew infestation. As illegal storefront cannabis dispensaries proliferated across Canada last year in advance of legalization, Health Canada warned consumers that dispensary product was risky and sought to steer patients towards the regulated industry instead.

Health Canada told The Globe in September it had a zero-tolerance policy for contaminants such as myclobutanil and would consider revoking a company's licence if they were found using it.

But since the pesticide was discovered in legally produced marijuana products, Health Canada and the companies involved have instead sought to play down the problem. Mettrum and OrganiGram told clients the chemical was approved for use on fruit, giving the impression of safety, while leaving out the details about what happens when myclobutanil is heated. Meanwhile, Health Canada referred to the residue detected as "trace amounts" that are "low risk."

But Warren Porter, a top U.S. toxicologist, has questioned Canada's response to the problem, saying Health Canada and the companies "have no idea whether or not that's true," because there is no scientific data to support those assurances. 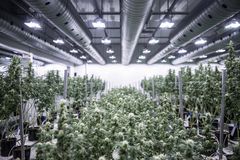 Canadian medical marijuana company to make its own lab-test results public
May 17, 2018 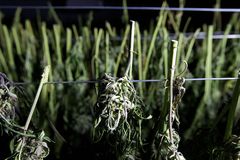 More than $1-million of tainted medical marijuana destroyed
May 17, 2018 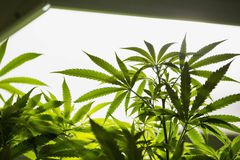