Concordia University is helping corral an outpouring of support for the family of Lin Jun, the Chinese international student killed in a grisly crime that has garnered international attention.

The university will accept donations and disburse them through its existing fundraising infrastructure, replacing a more makeshift bank account recently set up by the Concordia Chinese Student Association (CCSA). Concordia will also create an award to support other Chinese students in Mr. Lin's memory.

Both Concordia and the CCSA have been inundated with offers of help in recent weeks, many of them coming from outside Quebec, said university spokesperson Chris Mota. "There's been calls from Hong Kong, from Texas, California," she said.

Montreal police found Mr. Lin's dismembered torso late last month, after body parts were mailed to political parties in Ottawa; other parts thought to be linked to the killing were later delivered to Vancouver schools. Suspect Luka Rocco Magnotta has been arrested in Berlin and is awaiting extradition to face murder charges in Canada.

Mr. Lin's family chose to channel funds through Concordia after a cousin met with university officials late Friday. Donors can choose to give to the family fund, which goes directly to Mr. Lin's family – "they do have financial needs right now," Ms. Mota said – or to the award, for which they'll receive a tax receipt.

"They were pleased with that idea. I think they were relieved," Ms. Mota said. "We wanted to give them the opportunity to not have to worry about how do we report on this money, how do we transfer the money to the family, especially once they're back in China, how do we provide thank-you letters, how do we provide receipts?"

Shi Yan, president of the CCSA, said the outpouring of support from the Chinese community has been a help to Mr. Lin's family.

"I think [they're] stable, past the initial shock. But it's still hard to deal with," Mr. Shi said. "We believe what Concordia University has done is a great initiative."

Concordia currently hosts 853 international students from China, and another 600 Chinese citizens who are Canadian permanent residents. 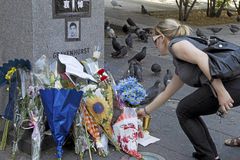 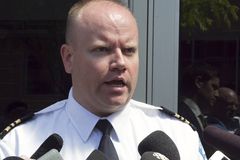 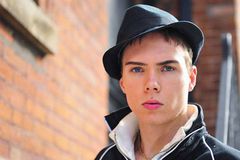 breaking
Police confirm foot found on Montreal street is fake
June 6, 2012
Follow James Bradshaw on Twitter @jembradshaw
Report an error Editorial code of conduct
Due to technical reasons, we have temporarily removed commenting from our articles. We hope to have this fixed soon. Thank you for your patience. If you are looking to give feedback on our new site, please send it along to feedback@globeandmail.com. If you want to write a letter to the editor, please forward to letters@globeandmail.com.
Comments are closed