With the launch of consultations on a federal plan to introduce a victims' bill of rights, some advocates are raising questions about how effective the much-touted legislation can be in producing meaningful change for victims of crime.

The Conservative government has said the proposed bill would enshrine victims' rights in federal law, giving them a greater role in the justice system and helping to ensure they are consulted and kept informed. The idea has won praise from the federal victims' ombudsman and advocacy groups that say victims' rights are too often ignored in a system that is focused on prosecution and rehabilitation.

Justice Minister Rob Nicholson announced plans to introduce the bill in February, but the government has not yet detailed what it might include.

Some victims' rights experts say that a federal bill would be difficult or impossible to enforce because the provinces and territories administer justice and victims' services. And they point out that even at the provincial level, existing bills of rights are largely considered unenforceable.

Steve Sullivan, who was Canada's victims' ombudsman from 2007 to 2010, said he is concerned the government is misleading people by suggesting it is possible for them to play a more significant role in a justice system that is not designed to include them.

"When people say, you know, offenders have more rights than victims, it's absolutely true," said Mr. Sullivan, now executive director of Ottawa Victim Services. "And you know, whether it's right or wrong, that is the way our system is designed, and I think we have to start to be honest with victims about that and try to set their expectations to what the reality is."

Jo-Anne Wemmers, a criminologist at the University of Montreal who studies victims' rights, said it is difficult to see how the government can legislate the right to access provincial services through a federal bill.

"When you can't enforce it, it's not a right, it's a privilege," Prof. Wemmers said. She added that if the federal government wants to make real improvements to victims' rights, it should focus on changes to the Criminal Code, as it did when victim-impact statements were introduced to the courts in 1988.

A spokeswoman for Mr. Nicholson's office said on Friday that it was too soon to comment on the content of the legislation because consultations with the provinces and interest groups were completed only this week.

"Canadians expect that the protection of victims is the paramount consideration in our justice system. Yet, this is not always the case. Our government is committed to changing this," Julie Di Mambro wrote in an e-mail.

Sue O'Sullivan, Canada's current ombudsman for victims of crime, said she is optimistic about the opportunity presented by a new bill of rights, calling it a "great first step." But she added that she will be looking closely for the new bill to include the power to implement and enforce victims' rights – along with extensive input from the provinces and victims.

Still, if the new bill does come with a mechanism for enforcement, there is an added concern that it could put a chill on the actions of police and prosecutors, said Eric Gottardi, vice-chair of the Canadian Bar Association's national criminal justice section. He noted that it is difficult to comment in detail on a bill that has not been introduced.

But if the bill includes the right to redress when victims believe they have been wronged, "at worst, it could potentially act as a very significant chilling factor on the police and the prosecution in terms of their execution of their own independent areas of responsibility," he said.

He said the idea that someone could use a bill of rights to force a police investigation is "a real concern" for the independence of local investigators.

The European Union recently introduced a set of standards for victims' rights, covering issues such as restitution and services. 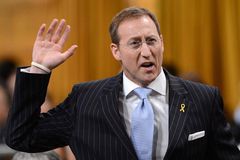 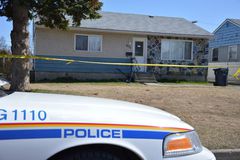 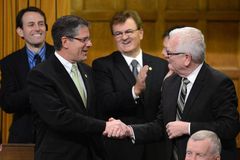