The Conservatives are using former members of the Canadian military to act as security guards at their election campaign events, in addition to the RCMP officers who are assigned to Stephen Harper's personal detail.

The former Canadian Armed Forces soldiers, who are travelling with members of the media on the Conservative campaign bus, wear suits and earpieces much like the Mounties assigned to protect the Conservative Leader.

One member of the private security team, a former sniper, escorted a man out of a Harper event with the help of RCMP officers Thursday in Markham, Ont., when he tried to line up behind journalists to ask Mr. Harper a question.

The man was later allowed to re-enter the room a short time later.

Mr. Harper continues to be protected by his personal detail during the campaign – an RCMP unit that guards him both at home and abroad.

The RCMP detail, which is paid for by taxpayers, has only a single goal, and "that is the protection of the [Conservative Leader]," said security expert Chris Mathers, a former undercover Mountie.

"That is their job," Mr. Mathers said. "If anyone else wants security at a venue, then they would have to engage private security contractors to take care of it."

The RCMP are trained to remove Mr. Harper when there is an issue at campaign events rather than engage with those causing a disturbance, he said.

Mr. Mathers said that's why private security staff have likely been tasked with dealing with "uninvited guests" at campaign events.

"The segregation of duties is such that any contract security personnel would be doing work for the party dealing with trespassers," Mr. Mathers said. "They're not protecting the prime minister, they're there to keep the peace."

"We don't comment on our event logistics; that's not something that's new," said Mr. Teneycke, who took issue with the characterization of the additional staff as "security."

"PM security is about (prime minister personal detail) ... how we manage the logistics of our events, that's a different matter and we don't talk about it."

Mr. Teneycke said the party is responsible for footing the bill for "event logistics and event planning," suggesting the security is being paid for by the party, but he would not say whether they are licensed to work as security guards.

Provinces have different regulations for security guards and private investigators but they are required to have a valid license to work, including in Ontario where Harper has spent the bulk of time on the campaign so far.

Alex Marland, a political science professor at Memorial University in St. John's, said the presence of security at campaign events is part of a greater conversation about modern campaigns and message control.

"The reality is that all political parties know that what can happen is you can have one person come out, make a wayward remark or engage in something and all sorts of election planning and discussion goes completely amok," Prof. Marland said.

"These things are so tightly scripted, they're so focused, they're quite frankly quite boring, that all of a sudden it introduces a level of drama that the media, understandably, will chase."

Prof. Marland said technology is a major consideration because everyone in the room has a cellphone and leaders are under the microscope.

"Every political party is absolutely trying to avoid going off script, ever," he said. "The whole point about having security at these things to is try to avoid somebody else, who has their own agenda … destabilizing the agenda that you have."

Campaign events are not the "public open forums" that some people may think they are, he added.

The RCMP is also providing security for NDP Leader Thomas Mulcair and Liberal Leader Justin Trudeau – standard procedure during an election campaign. Neither party, however, has hired additional security.

Mathers also said it is not unusual for former military members to take on security positions once they have left the Canadian Forces.

Conservatives have reason to fear NDP in Southwestern Ontario
August 26, 2015 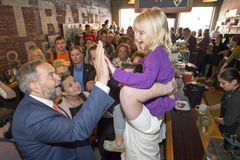 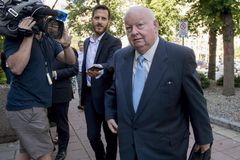 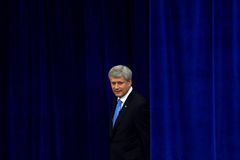