The final witness in the murder trial of Matthew de Grood bolstered the defence's case that he was not criminally responsible when he stabbed five young people to death at a Calgary house party two years ago.

"I believe on the balance of probabilities he had a legitimate psychotic disorder," Andrew Haag, who has a doctorate in forensic psychology and works at Alberta Hospital Edmonton, said Thursday.

"My primary diagnosis is it is schizophrenia. It interfered with his ability to recognize that his actions were morally wrong."

Haag's diagnosis and his testimony that de Grood had suffered a psychotic episode reinforced the positions of two forensic psychiatrists who testified Wednesday.

De Grood, 24, admitted to stabbing the victims to death in an agreed statement of facts read at the beginning of his trial for five counts of first-degree murder.

But his lawyer pleaded not guilty on his behalf, saying he isn't criminally responsible.

The trial has heard evidence that de Grood became withdrawn about a month before the attack on April 15, 2014 and started including strange posts about the end of the world, religion, vampires and Darth Vader on Facebook.

He reported hearing voices telling him to kill and believed the end of the world was coming before he grabbed a knife from a kitchen in the northwest Calgary home and stabbed the victims to death.

Haag said in his interviews with de Grood the young man worried there would be "an outbreak of vampires." De Grood said the night of the attack he heard one male voice telling him to "kill them all before they kill you" and a second voice telling him to kill the four other victims sitting on a living room couch.

"He believed he was imminently in danger at the time. He had to act."

Haag said de Grood said he didn't intentionally wait for his childhood friends, who had invited him to the party, to leave the house.

If there had been more people in the house at the time of the attack, de Grood told Haag "they would have been terminated as well."

Final arguments will be held on Tuesday.

"I'm happy with the way the evidence came out. I think the experts who testified certainly support my position that my client was not criminally responsible at the time these events occurred," he said.

Fay said the entire case has been painful.

"It's horribly difficult. So many young lives wiped out in those events. It's terrible," he said.

Crown prosecutor Neil Wiberg said the goal of any trial is for the truth to come out but he's not sure if it will give the families of the victims any solace.

"I don't think they'll ever get over this," Wiberg said.

"Everybody's a loser in this particular case. Five outstanding people were killed and nothing, no decision, will get around that." 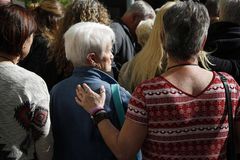 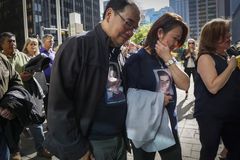 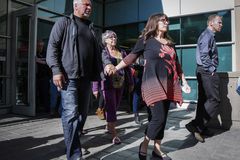