Faced with increasing costs and delays associated with hearing cases, a growing number of judges are trying to drag the court system into the electronic age, including using video links to allow witnesses to testify from afar.

Legal traditionalists are aghast at the prospect of cross-examining witnesses via video, but others believe the new moves will enhance justice and keep the courts credible and accessible.

"The legal system is going to be exposed to ridicule if we don't move forward with innovative ways of taking evidence," said Brian Gover, a veteran Toronto lawyer at Stockwoods LLP. "One of the great issues for us in a time of austerity is going to be cost control and delivering justice in an efficient way. Technology has provided an answer to the problem."

The first case involved a witness in a child custody case, Linda Veronica Paiva, who said she could not afford to travel to Toronto from her home in Denmark to testify. Family lawyer Phil Epstein persuaded Madam Justice Ellen Murray of the Ontario Superior Court to allow her to testify via Skype.

"Skype is now in HD and has an internal automatic checking system," Mr. Epstein said in an interview. "You can see people in the courtroom and they can see you. This is clearly the way of the future."

In the second case, the Ontario Court of Appeal overturned aggravated assault convictions against two alleged Asian gang members. It criticized their trial judge for not exploring the feasibility of letting a key Crown witness testify and be cross-examined by teleconference from Singapore.

The two rulings exposed a sharp division of opinion within the legal profession. While lawyers such as Mr. Gover see technology as a way to relieve pressure on a fraying court system, critics insist that only in-court testimony can permit judges and juries to properly observe a witness's demeanour.

"The very nature of the right to trial is to allow a judge to see, hear and experience a witness's demeanour so as to assess not only the answers but 'how' they are delivered," Mr. Benmor said in an interview. "If demeanour were not important, we would have trials by affidavits and paper records."

He said that family law cases involve highly nuanced questions about the quality of parenting, the ability of a parent to meet the child's needs and the reasons one parent wants to limit the other parent's access to a child.

"Skype and other technological advances in communication are applauded, but do not replace the need for a judge to look the person in the eye and 'judge' them," he said. Mr. Benmor also worries that use of such technology will impede settlements, which frequently benefit from the dynamics of having all parties in the same room.

Mr. Gover said that what critics are missing is a growing realization that analyzing an individual's demeanour is a poor way to judge honesty. Wrongful convictions have frequently been rooted in erroneous conclusions a judge or jury drew from a defendant's voice and body language, he said.

In fact, legislation permitting the use of video technology has been on the books for several years, but few lawyers and judges were willing to explore it. 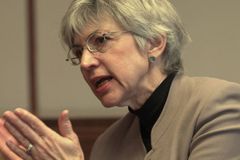 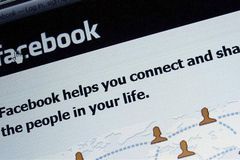 Courts grapple with how to use computer data as evidence
May 13, 2012 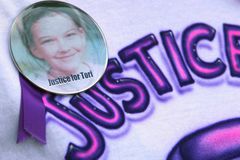