Federal government auditors are scrutinizing 2,800 preconstruction condo flips in the Toronto area as part of a crackdown on tax evasion in the real estate industry.

The Canada Revenue Agency obtained court orders last year compelling 44 condominium developers to hand over information about people who sold their units before projects were completed, a practice known as paper flipping or selling on assignment. The agency is still analyzing the data it received.

"In the Toronto area in particular, audit work has increased substantially on what are called 'assignment sales,'" Paul Murphy, a CRA spokesman, said in an e-mail. "The profits from flipping real estate are generally considered to be fully taxable as business income."

In addition to its Toronto blitz, the CRA has obtained judicial orders requiring Vancouver condo developers to provide information about buyers who flipped units. Speculation in the presale condo market has been blamed for helping to drive up housing prices to record heights in both cities in recent years.

Presale condo units can be bought with deposits of only about 20 per cent over time with the balance not required until a building is completed. However, selling units on assignment allows for speculation on price growth for the unit's entire value between the initial purchase date and the flip.

In Ontario and British Columbia, there are no public registries that track assignment sales, meaning there is no way to know how widespread – and lucrative – the practice is. However, the CRA's crackdown is an indication that it has identified paper flipping as a significant source of potential tax cheating.

While the region's real estate market has since slumped, the condo sector remains on course to be at or near a record sales year. The provincial government's 16-point package of policy changes designed to cool the market, unveiled in April, included a vow to "understand and tackle practices that may be contributing to tax avoidance and excessive speculation in the housing market such as 'paper flipping.'"

Contracts for preconstruction condo purchases and assignment sales are held by developers rather than being filed with land registries, meaning there is no publicly accessible way to review such records before a building is completed. Developers typically charge an administration fee for assignment sales and some limit the practice. Unit ownership information is registered once projects are closed.

The CRA obtains records about assignment sales through court orders, known as "unnamed persons requirements," that compel condo developers to provide information and documents about their customers. The agency filed 44 such applications between July and September of 2016 and all the companies complied, Mr. Murphy said, adding there is no assumption that developers have engaged in any wrongdoing.

As a result of these efforts, which are part of the CRA's attempts to combat the underground economy, the agency identified 2,810 preconstruction condo flips in 69 projects in the Toronto region and is combing through the data to determine tax compliance.

"The CRA has started and continues to analyze this information to determine whether audits need to be carried out," Mr. Murphy said. He did not respond to questions about the dollar value of taxes that were not paid and how much money has been recovered.

Asked whether the CRA would like the Ontario government to require public documentation of presales, Mr. Murphy said: "The Agency is working with the provinces to determine availability or improve access to real estate data that will help to identify potential non-compliance."

The real estate development industry generally supports the CRA's practice of obtaining assignment sales information as long as such efforts are backed by court orders, according to the Canadian Home Builders' Association.

"We really don't have a problem with that. Obviously, someone who's evading taxes should be held to account," said David Foster, director of communications at the CHBA.

Condo owners who sell preconstruction units on assignment must report the gains on their tax returns and generally must pay taxes on 100 per cent of the extra income. Those who run afoul of the rules by failing to declare such transactions or who pay taxes on only part of the proceeds can expect to be audited and to be forced to pay taxes owing plus a penalty of at least 50 per cent as well as interest and may face criminal charges, said William Howse, a Toronto tax lawyer.

"They're making a gain on selling a piece of paper and the CRA position, and I agree with it fully, is you're going to pay tax on every penny," he said.

Mr. Howse said CRA auditors compare condo developers' lists of people who sign sales contracts against land-registry data once buildings are finished. In doing so, they can identify and target previous owners of units that have been flipped, combing through past tax returns to determine compliance.

"It's low-hanging fruit to be caught by the CRA," he said. "Anybody who assigns an offer, sells an offer for a profit will be caught by the CRA. One hundred per cent guaranteed that the CRA will be able to identify these sales and the amount of the gain. … For auditors, can you imagine how easy it is?" 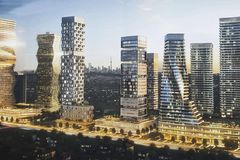 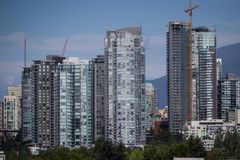