The Canada Revenue Agency says it won't hesitate to investigate new evidence of offshore tax evasion in the wake of a second massive leak of tax haven financial records.

The leak of some 13.4 million records, dubbed the Paradise Papers, lifts another veil on the often murky ways in which the wealthy — including more than 3,000 Canadian individuals and entities — stash their money in offshore accounts to avoid paying taxes.

Who's named in the Paradise Papers? A list and a primer on why it matters

Among the names that pop up in the records with some connection to offshore accounts are former Canadian prime ministers Brian Mulroney, Paul Martin and Jean Chretien, the Queen, U.S. commerce secretary Wilbur Ross, and the past and current chief fundraisers for the federal Liberal party.

Neither the CRA nor any court has determined the Canadians did anything wrong.

Offshore accounts are used by wealthy individuals and corporations around the world as a perfectly legal way to reduce their tax burden, although the anonymity provided to account holders has also led to associations with tax evasion, money laundering and organized crime.

The Paradise Papers were obtained by German newspaper Suddeutsche Zeitung and the International Consortium of Investigative Journalists, including CBC/Radio Canada and the Toronto Star which published details on Sunday.

The media outlets did not disclose how they acquired the documents, which consist primarily of client records of offshore law firm Appleby, as well as some records from offshore corporate services firms Estera and Asiaciti Trust.

In an apparent attempt to pre-empt the news reports, the CRA issued a statement last Friday, detailing the agency's efforts to crack down on tax evasion and tax avoidance, which intensified following the first huge leak of tax-haven records, known as the Panama Papers, in April 2016.

The agency said it's invested $1 billion to tackle the problem and currently has more than 990 audits and more than 42 criminal investigations underway related to offshore tax havens.

As a result of audits over the last two years, the CRA said it identified some $25 billion in unpaid taxes, interest and penalties. And last year, it levied more than $44 million in penalties on tax advisers who facilitated non-compliance with Canadian tax laws.

The agency said it's also working closely with 36 other countries in the Joint International Taskforce on Shared Intelligence and Collaboration on more effective ways to detect and deal with tax evasion and avoidance.

Evidently anticipating Sunday's release of the Paradise Papers, the CRA promised to do more should new details of questionable practices emerge.

"In the event that further details come to light, CRA will not hesitate to investigate and take further action as warranted," the agency said.

"The government of Canada will continue to work with the provinces and territories, as well as other tax administrations and all other partners, to ensure a tax system that works for Canadians. In addition, the CRA will continue to build on its capacity to detect and crack down on tax cheats and ensure that those who choose to break the law face the consequences and are held accountable for their actions."

A spokesman for National Revenue Minister Diane Lebouthillier, said on Sunday that "the CRA is reviewing links to Canadian entities and will take appropriate action in regards to the Paradise Papers."

Tax avoidance measures involving offshore trusts are legal, provided that the trust is genuinely managed offshore and that Canadian taxes are paid on any Canadian contributions.

According to the Toronto Star and CBC/Radio Canada, the records suggest that Stephen Bronfman and his family's Montreal-based investment company, Claridge Inc., were linked to an offshore trust in the Cayman Islands that may have used questionable means to avoid paying millions in taxes.

Bronfman is a close friend of Prime Minister Justin Trudeau, who tapped him in 2013 to fill the role of revenue chair — effectively, the chief fundraiser — for the federal Liberal party.

William Brock, a lawyer for Bronfman and Jonathan Kolber, denied any impropriety, telling the CBC that his clients "have always acted properly and ethically, including fully complying with all applicable laws." Any suggestion of "false documentation, fraud, 'disguised' conduct, tax evasion or similar conduct is false," Brock added.

The Prime Minister's Office referred questions about Bronfman to the Liberal party.

Party spokesman Braeden Caley said Bronfman's role is strictly a volunteer position devoted to fundraising, "not policy decisions." The revenue chair is a "non-voting position" on the party's national board, Caley added.

"Justin Trudeau's well-connected Liberal friends get away with paying less, and you pay more. There is nothing fair about that," the statement said. 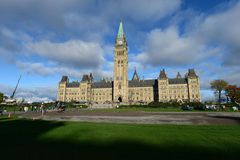