As odd as this may sound, a Toronto man can taste the colour blue.

The man in his 40s, who asked for anonymity, was diagnosed with synesthesia, a rare neurological condition that can trigger multiple senses, after having a stroke six years ago. So, when he pops a raspberry in his mouth, he sees the colour blue in the periphery of his left eye. And "they also taste like the colour blue," he said in an interview this week.

Most synesthetes develop the condition early in life. The Toronto man is believed to be the second recorded case where a person has acquired synesthesia later in life as a result of brain damage, according to neurologists at St. Michael's Hospital in Toronto, who have documented the case.

Tom Schweizer, a neuroscientist and director of the hospital's neuroscience research program, and colleagues looked for proof of the man's synesthesia by having him listen to the James Bond theme song, and imaging his brain using a functional MRI. Dr. Schweizer said that compared to the control subjects, the man's "entire brain lit up in certain areas."

University of Waterloo cognitive neuroscientist and professor Mike Dixon explains that it is a condition where stimuli trigger extraordinary perceptions. A particular note on a piano can be heard but can also been seen in colour for those with sound-colour synesthesia, for example. The most common form of synesthesia is where black letters of the alphabet trigger experiences of colour. "One can think of synesthetes as having brain connections between different areas that most of us do not have," Dr. Dixon said. "Sound-colour synesthetes have direct connections between areas that process sound and those that process colour – hence when they hear a sound they also see a colour."

What does it feel like for someone who has it?

Dr. Dixon recalled giving a lecture on synesthesia when a person in the audience learned for the first time she had it. For most synesthetes, having the neurological condition is completely natural; they haven't seen the world any differently. "In fact, a sound-colour synesthete would have a hard time imagining what it would be like to not to experience their colours when they hear sounds. For them it is part and parcel of their everyday life," Dr. Dixon said.

For the Toronto man, however, when he first started experiencing new sensations about nine months after his stroke, he panicked. Not until he was diagnosed did he start to accept his new abilities. Now, they are part of how he experiences the world. "When I didn't know what it was, it was perhaps one of the most frightening things in my life," he said. "I quite enjoy it right now. To me, I get double the information. That's how I look at it."

How does it happen?

Scientists are still exploring how synesthesia occurs. One theory, Dr. Dixon said, is that we are all born with it, and in the brain everything is connected. As we mature, those connections get compartmentalized, so that sound, touch and vision are in separate areas. But for some people, those areas still remain connected. That means when synesthetes taste a piece of fruit, they can also taste a particular colour.

What can we learn about synesthesia from the case of the Toronto man?

The man's stroke was located in the thalamus, which acts as a central relay station. Dr. Schweizer said that as the brain tried to fix itself after the stroke, some adjacent wires that normally wouldn't be in direct communication somehow connected and this possibly resulted in the synesthesia. He said that scientists may want to start investigating the thalamus area of the brain among those who have grown up with synesthesia.

"We have a rare window in understanding how developmental synesthesia comes about," Dr. Schweizer said. "It gives us an opportunity to understand what the mechanism might be to get this even from a developmental standpoint."

Synesthesia can be a blessing. Just ask Kanye West
February 10, 2013 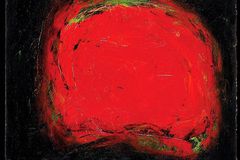 Smelling a sound? Hearing a sight? The co-mingling of senses is not rare
March 4, 2012 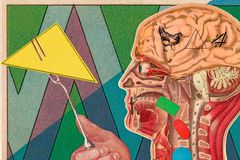 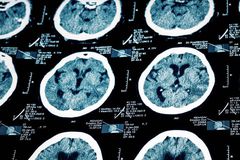