Ontario's Ministry of the Attorney-General said on Monday that there will be no appeal of the not-guilty verdict in Jian Ghomeshi's first sexual-assault trial.

"After a review of the judge's decision and the legal aspects of this case, the Crown has concluded that there is no legal basis upon which to appeal the acquittals," a ministry spokesman said in a statement e-mailed to media. "The Crown's right of appeal from an acquittal is limited to errors of law, and does not include errors relating to factual matters."

The statement added: "This was clearly a difficult case for everyone involved. We have full confidence in the job that our Crown prosecutors do in court every day, as well as all our justice sector partners."

After an eight-day trial in the Ontario Court of Justice in February, Justice William Horkins delivered his decision last month, acquitting Mr. Ghomeshi on four counts of sexual assault and one of overcoming resistance by choking. The verdict was met with protests on the front steps of Toronto's Old City Hall courthouse, and advocates for sexual-assault victims pointed to the language in the judge's decision, which appeared to blame the three complainants for their fate.

During a protest march that afternoon, demonstrators chanted: "The system isn't broken, it was built this way."

Last week, one of the two complainants whose identity had been protected by a publication ban asked the court to lift the ban. Linda Redgrave, known during the trial as Complainant No. 1 – and, in the written decision, as "L.R." – told the Toronto Star that she had wanted to come out from behind the cloak of anonymity to become a public advocate for victims of sexual assault.

Shortly before the verdict, Ms. Redgrave launched the website ComingForward.ca, which she said might help sexual-assault complainants navigate the justice system. The trial process, she wrote on the site, can "leave victims feeling attacked and very alone throughout the process. There are few supports to help victims and witnesses through this difficult time."

The ministry's statement, which mentioned an "action plan" unveiled last year by the provincial government to address sexual assault and harassment, appeared to be calibrated to address some of the criticisms.

"That's why our government introduced It's Never Okay, our $41-million action plan to stop sexual violence and harassment. Through our plan, we are raising awareness to help change attitudes and improve supports for survivors who come forward about sexual violence. Our plan includes developing a pilot program to provide free, independent legal advice to survivors of sexual assault, as well as establishing an enhanced prosecution model, including a Sexual Violence Advisory Group."

Mr. Ghomeshi still faces a trial in June on one count of sexual assault. That charge is being tried separately, as it stems from an alleged incident in the workplace rather than the intimate encounters of the other alleged incidents.

Opinion
Upset about the Jian Ghomeshi verdict? Don’t get mad – get informed
May 16, 2018 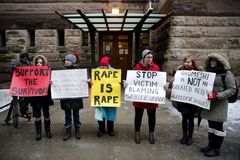 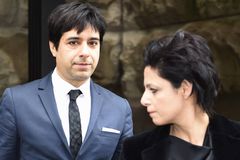