Over the next month, 1,070 cruise-ship passengers will awake to snow-capped mountains, kayak alongside harp seals and Arctic foxes, and venture to a remote hamlet in the Northwest Territories.

Explorers a century ago would have been hard-pressed to believe it. Arctic researchers would have deemed it impossible even a decade ago. But this week, the Crystal Serenity, a 300-metre-long luxury cruise liner with 700 crew members, became the largest commercial cruise ship to sail into the Northwest Passage, the punishing sea corridor that winds through Canada's Arctic archipelago.

The Serenity's sold-out journey set off Tuesday from Seward, Alaska, and will dock in New York City on Sept. 17. It represents one of the final uncharted frontiers for travellers, who are doling out $22,000 to $120,000 (U.S.) for the lavish cruise, and unnervingly points to how destructive human activity has made such voyages possible in recent years.

Rising temperatures and shrinking ice coverage have opened the once-impenetrable passage, allowing travel providers to capitalize on a region shrouded in mystique. History has deepened the allure, most notably with the doomed 1845 expedition led by British explorer Sir John Franklin, whose two ships jammed into ice. All 129 men on board died.

In 1906, Norwegian explorer Roald Amundsen finally conquered the passage (calling it "that baffling mystery to all the navigators of the past"), and paved the way a century later for shipping vessels and, now, commercial cruise lines.

Smaller expedition ships with a fraction of the passengers have made the trip, but larger ships such as the Serenity could accelerate the area's destruction, said Michael Byers, a professor at the University of British Columbia and expert on climate change and Arctic sovereignty.

"I've used the term extinction tourism," Prof. Byers said in an interview. "It's the nature of the exercise, which is to take a large cruise ship with a very large carbon footprint to the Northwest Passage to take advantage of the melting caused by climate change. In my view, there's a serious tension involved in that."

For its part, Crystal Cruises says it is exceeding environmental requirements. The Serenity is using low-sulphur fuel, which reduces the black carbon – a major component of soot – that lands on ice and accelerates melting.

Cruise ships dump about a billion gallons of sewage into the ocean each year, according to a 2014 study by Friends of the Earth, a non-governmental environmental group. But Crystal Cruises maintains no trash will be thrown overboard. Some of the Serenity's waste is being burned in an on-board incinerator, with the remaining stored and offloaded to Arctic collection facilities.

"We've done our due diligence," said Paul Garcia, spokesman for Crystal Cruises. "It's not only a safe experience, but one that's minimal in terms of our impact."

But the Serenity's high-profile Arctic voyage, which Crystal Cruises is already offering again next summer, could open the door for cheaper, ill-equipped cruises to embark on similarly risky travels, Prof. Byers cautioned.

Canada's Arctic waters are perilous, with only 10 per cent considered adequately charted. Crystal's luxury-line competitor, Regent Seven Seas, had to cancel a similar trip to the Northwest Passage in July, 2017, over concerns of large Arctic ice packs.

In 2010, the small Clipper Adventure, which carried 128 passengers and crew, ran aground on an uncharted rock. It took 40 hours to evacuate passengers and the Canadian Coast Guard filed a half-million-dollar lawsuit for damages over pollution from the ship's grounding.

"We're concerned that there are going to be other companies looking at this and saying, 'Oh, that looks easy,'" said Jeffery Hutchinson, deputy commissioner of strategy and ship building for the Canadian Coast Guard. "They may not have the resources or the experience to put the planning into a further voyage."

Crystal Cruises has spent three years planning the Serenity's voyage to prevent Titanic-like scenarios (and is requiring $50,000 in evacuation insurance for passengers). The Canadian and American coast guards and federal bodies including Transport Canada are also overseeing the trip.

Such preparation is "unprecedented," Mr. Hutchinson said. "We've seen a level of planning that suggests to us the company is taking seriously the conditions they're going to face."

The British RRS Ernest Shackleton icebreaker is escorting the ship, along with two helicopters to assess ice conditions. The Serenity is outfitted with a forward-looking sonar, searchlights and a navigation system that displays near real-time satellite ice imagery.

Two veteran Canadian ice pilots will also accompany the captain and his team, who have been trained to navigate far-northern regions. Under regulations, the Serenity is required to debrief daily with the Canadian Coast Guard.

The Serenity's sprawling month-long itinerary includes three Canadian stops: Ulukhaktok, a community of 400 mostly Inuit people in Northwest Territories, as well as Cambridge Bay and Pond Inlet in Nunavut. Vicki Aitaok, cruise-ship co-ordinator for Cambridge Bay, will see the population of her 1,600-person hamlet double when the Serenity docks on Aug. 29.

"This one is huge," said Ms. Aitaok, who oversees five cruise-ship visits over a tight two-week window in late August. The hamlet typically welcomes 100 passengers from small cruises for an afternoon visit. But the Serenity's stop will require a 13-hour block scheduled to military precision, with 100 passengers passing through each half hour.

Passengers will visit a "cultural camp" featuring bannock, traditional dress displays and throat singing, Ms. Aitaok said, and the community hall will host a Nunavut arts and crafts fair. "This is their big shopping stop, which we are very happy about," she said.

Such visits can conjure images of gawking tourists parachuting into indigenous communities. But the Serenity includes a local Arctic guide to explain Inuit traditions, and the visits elicit pride in the locals, Ms. Aitaok said. "Crystal's done everything right," she said. "They're setting a high standard that I don't know if other ships will be able to match." Opinion
Arctic cruises: fun for tourists, bad for the environment
May 16, 2018

Northerners prepare for largest cruise ship in Northwest Passage
May 16, 2018 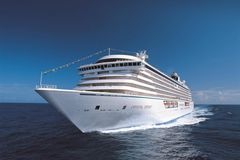 Surrender of permits in Canada’s Arctic waters opens path for marine park
May 16, 2018 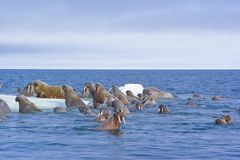