A massive roadside bomb has killed four Canadian soldiers and a Canadian journalist in a dramatic signal of an upsurge of violence in the crucial battleground around Kandahar city.

The blast hit a military convoy patrolling near Dand, considered a relatively peaceful district in the restive south that had been the focus of Canadian counterinsurgency efforts in recent months. The brazen nature of the strike on a road frequently travelled by Afghan civilians and soldiers threatens to undermine gains Canadians had made in the area.

It was a deadly day for foreign forces in Afghanistan, with eight American CIA agents killed by a suicide bombing at a U.S. base in Khost province. The attacks were seen as part of a major salvo against the U.S.-led troop surge in the region and shattering the typically peaceful winter season when Taliban fighters normally lay low, or regroup in neighbouring Pakistan.

Four additional Canadian soldiers and one Canadian civilian official were also injured in Wednesday's IED blast and were airlifted from the wreckage to the military hospital at Kandahar Air Field, where they were in stable condition last night.

The strike was one of the deadliest attacks on Canadian troops since their mission in Afghanistan began in 2002 and marks the first death of a Canadian journalist participating in the military's media embedding program in the country.

Michelle Lang, a 34-year-old reporter with the Calgary Herald, was travelling in the armoured vehicle with a provincial reconstruction team in Kandahar when she was killed.

The Department of National Defence had not yet released the names of the four soldiers killed in the same explosion because of difficulties in notifying next of kin.

"Yesterday, Canada lost five citizens," said Brigadier-General Daniel Menard, commander of coalition forces in Kandahar. "The soldiers were conducting a community security patrol in order to gather information on the pattern of life and maintain security in the area."

He said the attack would have no effect on the military's media embedding program, which allows Canadian journalists to cover war alongside the Canadian Forces.

Ms. Lang's death, however, could prove to have wider repercussions on how Canadian news organizations cover the conflict.

"In the wake of this attack, The Globe will again review our policies, staffing and training to ensure we are not assuming undue risks in our desire to report fully on the Afghan conflict," said John Stackhouse, editor-in-chief of The Globe and Mail. "But such attacks do not diminish our commitment to staffing Afghanistan. We have a duty to report first-hand on a country that has drawn so much of our national attention. In carrying out that duty, we have allowed our journalists on the ground - consulting with their editors - to make decisions that may affect their safety. But we know this is a war zone, and war zones present inherent risks that we must accept, within reason, along with our duty to report."

Her death, and the military casualties suffered in the attack, left her colleagues in Kandahar and Canada badly shaken. "Our thoughts and prayers go out to Michelle's fiancé, Michael, and her beloved parents," said Dennis Skulsky, president and CEO Canwest Publishing. "Michelle, along with being an award- winning journalist was also much beloved by her colleagues … This loss is immeasurable."

The soldiers Ms. Lang was travelling with were based at the Canadian military-civilian outreach compound in Kandahar. A military spokesperson said an investigation into the incident is ongoing.

The attack took place near Dand district, which is home to the village of Deh-e-Bagh, held up as a "model" of Canada's counterinsurgency strategy at work: Constant patrols and development projects were supposed to have won the trust of Afghans in the region, and driven down the insurgency.

Villagers interviewed by The Globe, however, said the Taliban had been gaining strength in recent months, posting "night letters" - written warnings and edicts - on homes and mosques in the area.

Brig.-Gen. Menard sought to dispel fears that the Taliban had gained any ground. He told reporters that Dand remained a "safe area," depicting the attack as an isolated incident.

The soldiers' vehicle was apparently travelling on an unpaved road near the farming village of Qassam Pol, about four kilometres south of Kandahar city when the blast occurred around 4 p.m., witnesses said.

There was no immediate claim of responsibility but the strike bore all of the hallmarks of a Taliban attack.

With reports from Globe and Mail staff in Kandahar

The Globe's Patrick White crossed paths with Michelle Lang in Afghanistan recently. She took all the precautions, but wanted to go where the 'real stories' are told, out in the field, he remembers

A journalist's dark hours of fear and raw nerves
December 30, 2009 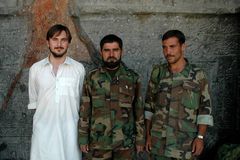 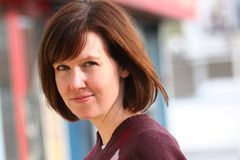 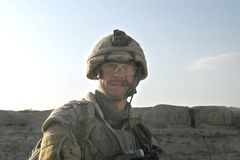