A new study paints a bleak picture of life – and death – among children and teenagers living in the Inuit Nunangat, the four Arctic regions that make up the Inuit homelands.

Children and teens growing up in the Nunangat are roughly five times more likely to die than their counterparts in the rest of Canada.

They are 11 times more likely to succumb to an infectious or parasitic disease and twice as likely to be killed by a non-communicable one. Their risk of dying from an injury is nearly 11 times higher than children and teenagers in the rest of the country.

But the biggest driver behind the staggeringly higher death rate among Inuit children and teens is suicide. The report, from Statistics Canada's health analysis division, found that the suicide rate among children and teens in the Inuit homelands was 30 times that of youth in the rest of Canada during the five-year period from 2004 to 2008.

In fact, at a time when the youth suicide rate was declining in the rest of Canada, it was climbing in the Inuit Nunangat, the report shows.

The analysts who gathered the data for Statistics Canada can't speak to the factors behind the important numbers they compiled. They can explain the numbers, but cannot opine on the story they tell.

But a researcher who has spent years studying the problem of suicide among the people of the Canadian Arctic said the statistics point to one of the biggest public health problem of the North.

"It's huge. It's absolutely huge. There's no way to downplay the impact that suicide has on life here. And it's a big priority of many people – including the [Nunavut] government and the Inuit organization NTI – to make a difference," Jack Hicks said in an interview from Iqaluit. "Imagine if Prince Edward Island or Saskatchewan over the course of a generation … suddenly had their youth suicide rate rise to 30 times the national average. What would that do to the society?"

Mr. Hicks is a former suicide prevention adviser for the Nunavut government and was a member of the working group that developed the territory's suicide prevention strategy. He is currently completing his PhD thesis on the social determinants of youth suicide in Nunavut. He said the profile of suicide among the Inuit is much different than that of the rest of the country.

Where in the south the rates of suicide increase with age and cases are linked to major depression, in the north, the risk of suicide is very high among people aged 15 to 24.

That's important to recognize, he said, because people who first attempt suicide when they are young are driven by different problems – "a different basket of risk factors." They frequently suffer from anxiety disorders, misuse cannabis and have a personal history of emotional and/or sexual abuse, Hicks said, adding prevention programs need to be tailored to the at-risk group.

The Statistic Canada report compares youth mortality data for the Nunangat and the rest of Canada for two five-year periods, from 1994 to 1998 and 2004 to 2008. It presents rates in terms of 100,000 person years.

The report notes that half of all deaths of young people in the Inuit Nunangat were suicides; in the rest of Canada, suicides accounted for about 10 per cent of child and youth deaths.

The Statistics Canada report does not break suicide rates down by the four regions of the Nunangat – Inuvialuit in the western Arctic, Nunavut, Nunavik in northern Quebec and Nunatsiavut in northern Labrador.

But Mr. Hicks said other studies have shown the rates are not uniform. Nunavik, for instance, has a youth suicide rate that is 50-per-cent higher than that of Nunavut, he said.

While the north-south discrepancy is shocking, the numbers are no surprise to people who work in this field, Mr. Hicks suggested.

"I would say this report is still more evidence of the need for targeted interventions to improve the socio-emotional health of young people living in the north."

"But it doesn't tell us anything that we didn't know before," he said, noting Nunavut has Inuit-specific youth death rate numbers. "But what this does is it just give us a better picture across … the Canadian Arctic of the situation of all children living in the Inuit homelands."

The report notes that the overall mortality rates among Inuit children and teenagers have declined over 10 years in tandem with rates in the rest of Canada, but the gap between the rates among the Inuit and youth in the rest of the country has remained static. 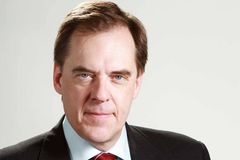 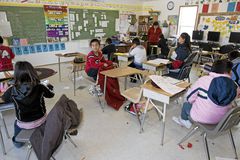 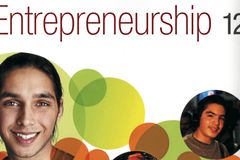 Opinion
Katimavik is worth saving
April 18, 2012 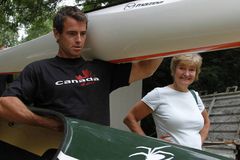 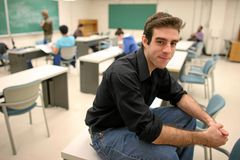 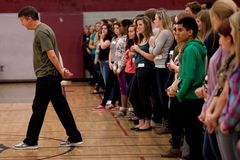 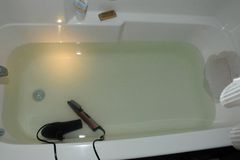