Recovery efforts resumed Saturday morning at the burned wreckage of the Résidence du Havre in L'Isle-Verte, Que., where police and firefighters have toiled since Thursday in search of more victims.

Sureté du Québec spokesman Lieut. Guy Lapointe said the final toll has been pegged at 32 - only 10 deaths have been officially confirmed, but there's clearly no expectation that the 22 people who are still missing survived.

As to the cause of the blaze, Mr. Lapointe said news reports to the effect that the cause may have been an illicit cigarette in one of the residents' rooms are not yet verified and that the investigation continues.

"It's one of many theories that we're considering," he told a news conference.

On Saturday afternoon, The Red Cross has closed its donations fund for the survivors of the fire at $200,000, Red Cross Director General Pascal Mathieu confirmed in a press conference at the town's local motel about a block away from where the Résidence du havre once stood.

Although the fund's initial goal was set at $50,000 Friday morning, "we attained that goal, which is amazing," but the Red Cross quickly re-assessed the needs of the residents who escaped the fire upon meeting them, said Mr. Mathieu.

The Red Cross have estimated the needs of the survivors of the blaze at around $3,000 per person, according to Mr. Mathieu.

Costs covered by the original $50,000 include glasses, dentures and wheelchairs, while the extra $150,000 will help with clothing, furniture and aid to the families for the "logistical aspect of things," added Mr. Mathieu, citing the price of a wheelchair to illustrate the survivors' needs.

"We also realized a lot of these people have families living outside of the region and found that it would be important for them, as part of the coping process, to be [together] so we're helping with those reunions."

Officials erected portable fencing around the site early Saturday, wrapping parts of the metal fence with white plastic to obscure the view of what is left of the 52-room seniors' home. They had halted their work temporarily Friday night, citing extreme low temperatures that made it difficult to comb through the burned out building, which was also covered in ice. They resumed their efforts early Saturday morning.

Jean D'Amour, the provincial MNA for Rivière-du-Loup and the city's former mayor, said he arrived in L'Isle-Verte early Thursday morning and expects to remain in the small town as long as he can be helpful.

"The first person I met here was someone searching for his father. It tears the heart. It's truly difficult to imagine," he said.

"There's no family here that hasn't been touched by this. Everyone has a mother, a father, an uncle an aunt, a cousin, directly or indirectly everyone here has been affected."

Mr. D'Amour said he believes it's still too soon to speculate about the cause of the fire and what might have helped prevent it, and will wait for the results of an investigation before calling for any specific action.

He said he is working with Quebec government ministers and is confident that L'Isle-Verte will receive the support it needs from the province.

According to a report by the Quebecor news agency, the night watchman on duty at the time of the fire believes the conflagration began after a resident sneaked a cigarette in his room.

Bruno Bélanger told the agency he is "95-per-cent sure" a man he prevented from stepping outside for a smoke around 11 p.m. – the hour at which the doors are locked and can no longer be opened from the outside – may have decided to light up in his second-floor room. 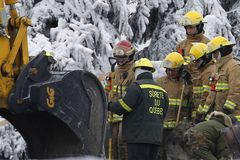 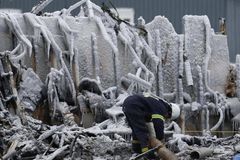 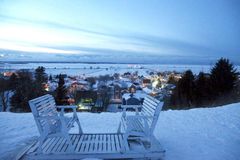 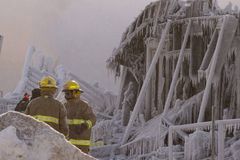 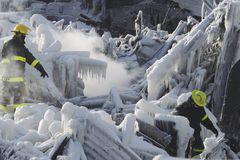 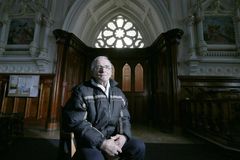 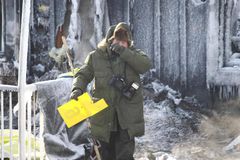 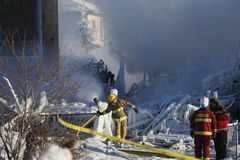 Follow Kim Mackrael and Sean Gordon,  on Twitter @kimmackrael @MrSeanGordon
Report an error Editorial code of conduct
Due to technical reasons, we have temporarily removed commenting from our articles. We hope to have this fixed soon. Thank you for your patience. If you are looking to give feedback on our new site, please send it along to feedback@globeandmail.com. If you want to write a letter to the editor, please forward to letters@globeandmail.com.
Comments