Four months after an empty Russian cruise ship snapped a tow line and drifted into the North Atlantic off Newfoundland, its trail has gone cold.

The Canadian Coast Guard says it has received no reported sightings of the Lyubov Orlova since March 12.

At the time, one of the empty vessel's emergency radio beacons flashed an unconfirmed location almost 1,300 kilometres off Newfoundland. The beacon could have been activated after hitting water or another object.

The ship was drifting toward Iceland or Ireland but there have been no recent sightings reported by European officials or other maritime agencies.

"The owners of the Lyubov Orlova remain responsible for their vessel," Sam Whiffen, a spokesman for Fisheries and Oceans Canada, said in an e-mail.

On Jan. 24, the Lyubov Orlova snapped her tow line as she was being hauled by the tugboat Charlene Hunt to the Dominican Republic for scrap.

An increasingly glum Reza Shoeybi, co-owner of the wayward ship, said in February that his savings were lost with her.

"It has ruined me," he said in an interview at the time. "I don't have anything else. I've lost 12 years of my savings."

Mr. Shoeybi said he and an uncle, both of Toronto, became co-owners of the once popular Arctic cruise ship named for a revered Russian actress from the 1930s. They took over payments after a family friend bought it for $275,000 in a Federal Court process last year.

Canadian authorities had seized the Lyubov Orlova in September, 2010, as part of a lawsuit by Cruise North Expeditions against its Russian owners. The company was trying to recoup cash for the cost of a trip cancelled due to technical issues.

The badly neglected, rat-infested ship sat listing in its prime harbour berth in St. John's for more than two years before Mr. Shoeybi arrived to get it ready for tow. He said he and his uncle spent about $400,000 and had hoped to make between $700,000 and $800,000 in the Dominican depending on metal prices.

Mr. Shoeybi said it wasn't ideal to set out in winter but he felt pressure to get the ship out of the harbour or risk having it seized by the courts.

Attempts to reconnect the vessel to the tugboat failed. It was intercepted on Jan. 29 and hauled away from where it had drifted about 40 kilometres from the Hibernia offshore oil platform more than 300 kilometres southeast of St. John's.

Transport Canada said heavy weather hampered the towing effort and the ship was allowed to float into international waters.

The Charlene Hunt now sits in a secured section of the harbour next to stacks of shipping containers. A port worker said the vessel is empty, and Mr. Shoeybi could not be reached for comment.

St. John's lawyer William Cahill, head of the Canadian Bar Association's maritime law section, had a view of the Lyubov Orlova out his office window while she sat in the harbour.

"I would assume that if it hasn't turned up by this point, or hasn't been spotted at any point, then it may be lost and has sunk somewhere between here and Ireland. But who knows?"

Mr. Cahill said any blame in the Lyubov Orlova debacle rests with her owners.

"The owner admittedly in this case was not experienced in large vessels. This was sort of a money-making venture for him and obviously all that money is lost at this point."

"The Canadian government could never enforce its laws on every foreign ship entering and leaving Canadian waters."

That said, Transport Canada confirmed its officials inspected the tugboat at the port in Halifax last November as per the department's Port State Control program. Several repairs were ordered before it could leave for St. John's, and several more were added to that list after the Lyubov Orlova was lost.

The Transportation Safety Board is also investigating. 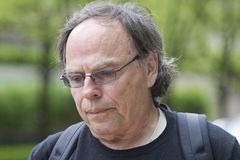