When former Canadian soldier Lionel Desmond died by suicide after killing his wife, mother and young daughter earlier this year, Gregory Swiatkowski read about the tragedy and imagined the same thing happening to him.

"This could have been me," the former member of the Royal Canadian Navy said. "And there's a lot of veterans who feel the same way across the country."

Mr. Swiatkowski served in Halifax as a sonar technician between 2002 and 2012 before he was medically discharged, having been diagnosed with post-traumatic stress disorder in 2008

On Monday, he said he felt compelled to speak out about his experience after he learned Nova Scotia's medical examiner had ruled out conducting a fatality inquiry into the four shooting deaths.

Mr. Desmond, a 33-year-old veteran of the war in Afghanistan who suffered from PTSD, took his own life after shooting his 52-year-old mother, his wife, Shanna, 31, and their 10-year-daughter, Aaliyah.

The killings on Jan. 3 in Upper Tracadie, N.S., prompted a difficult debate over soldiers with PTSD, domestic violence and what should be done to prevent such tragedies.

Autopsy records have since been handed to the family's nearest relatives, but medical examiner Matt Bowes has decided not to conduct an investigation under the province's Fatality Investigations Act, spokeswoman Sarah Gillis said in an e-mailed statement. She did not offer reasons for the decision.

Mr. Swiatkowski, who uses a service dog and medical marijuana to deal with his PTSD, said the decision made him furious.

"We've been waiting for some answers for a long time on this," he said in an interview from his home in Kelowna, B.C. "When I was reading this story from Nova Scotia, I was ready to snap … We deserve better than this. This can't be just swept under the carpet."

Catherine Hartling, Shanna Desmond's aunt, has renewed her call for some sort of public inquiry, saying other family members want the same thing but are still too distraught to speak out.

"A lot of them are going through a lot of stress right now," Ms. Hartling said in an interview from her home, across the street from the house where the four bodies were found. "A lot of them have … emotional problems."

Ms. Hartling said it's a particularly difficult time for the Desmond side of the family because they are preparing for a burial service on June 24 for Lionel Desmond and his mother, Brenda. A funeral service was held down the road at a large church in Tracadie on Jan. 11.

"We've been all just trying to hang in there," she said, adding that Shanna Desmond and daughter Aaliyah are to be buried in August.

Despite her profound grief – compounded by the fact that her 47-year-old sister died in March – Ms. Hartling said she is still looking for answers to some tough questions about what happened to Lionel Desmond. She said she raised the issue with the RCMP at a meeting in March.

"I was telling them that I would like to see an inquiry take place into this," she said. "I haven't heard nothing."

Mr. Desmond served in Afghanistan in 2007, and had received treatment from a joint personnel support unit in New Brunswick for a year prior to his release from the military. Such units provide support to ill and injured soldiers, including those with mental injuries.

Neither National Defence nor Veterans Affairs Canada have committed to investigating the treatment Mr. Desmond received before and after his release from the military in July, 2015.

Immediately after the killings, some of Mr. Desmond's relatives said he was not getting the help he needed once he returned home. Questions were also raised about the care he received at the hospital in nearby Antigonish, N.S., which has its own mental-health unit.

At the time, Nova Scotia Premier Stephen McNeil said an investigation would look into how the province's health-care system dealt with Mr. Desmond.

However, a spokeswoman for the Nova Scotia Health Authority said the "quality review" would not be released to the public.

"That is a confidential process focused on learning and improving," Kristen Lipscombe said in an e-mail.

PTSD has been the top diagnosis for the hundreds of troops released from the military for medical reasons each year since at least 2014. Some 18 military personnel took their own lives in 2015, many of whom had sought some type of mental-health treatment shortly before their deaths.

The Canadian Forces and Veterans Affairs have opened specialized clinics, hired more staff and cut red tape in recent years to provide better care and support as more military personnel have come forward seeking help for PTSD and other disorders.

But some critics wonder whether Ottawa has done enough.

On the same day relatives discovered the slain members of the Desmond family, Canada's military watchdog urged the federal government do more for soldiers forced out of the Canadian Forces for medical reasons.

Ombudsman Gary Walbourne said he wants Ottawa to ensure injured military personnel have all the necessary benefits and supports in place before they are forced to turn in their uniforms. He also said significant barriers persist in terms of accessing services and benefits. 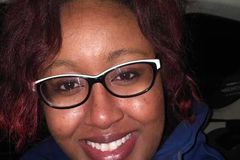 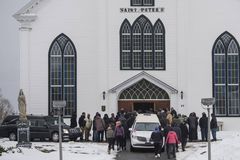