Federal Environment Minister Leona Aglukkaq has delayed until after the fall election a controversial decision on whether to approve a proposed nuclear-waste facility on the shores of Lake Huron – an issue that has bitterly divided communities in the region.

A federal review panel recommended last month that the government approve the repository for low- and medium-level radioactive waste – to be built by Ontario Power Generation (OPG) on the site of the Bruce nuclear plant – subject to the provincial Crown corporation complying with nearly 100 conditions.

According to regulations, the minister was scheduled to give her answer by early September. Instead, the government launched a 90-day period during which the public can comment on the proposed conditions – extending the deadline for a decision until early December. The general election is set for late October.

"Isn't it curious that this delay from the minister in providing a decision in September, now puts it forward to December, which falls after our federal election?" Beverly Fernandez, a leading opponent of the repository, said in an interview Sunday. "This continues to be a very contentious issue … and since the federal panel endorsed this plan and sent it to the federal minister's desk for a decision, more and more Canadians are expressing deep concern and strong opposition."

A spokesman for Ms. Aglukkaq said the government is committed to a "transparent, thorough and rigorous" assessment.

"In order to ensure that all interested parties, including local communities and aboriginal groups, have time to participate in the process, we have allowed for a longer consultation process," Ted Laking said in an e-mail Sunday. "We believe that the public should be given adequate opportunity to comment and comments received will be taken into account for the final decision."

Ms. Fernandez is co-founder of Stop the Great Lakes Nuclear Dump and has campaigned aggressively to oppose OPG's plan, with 80,000 names on a petition to stop it. She has also worked with municipal councillors in the U.S. and Canada, as well as Michigan state legislators, to pass resolutions in opposition to the project.

Several town councils in the Bruce region have endorsed the plan, including the municipality of Kincardine where the site is located. The waste is now being stored above ground at Bruce and other nuclear power stations in Ontario.

With the $1-billion project, OPG would bury some 200,000 cubic metres of radioactive waste in a chamber 680 metres below ground in rock that geologists say has not moved in a million years. The Bruce site is less than a kilometre from Lake Huron. Opponents say the plan threatens the drinking water of some 30-million people in both countries.

The three-person review panel said the project "is not likely to cause significant adverse environmental effects" and is the "preferred solution" for isolating low- and intermediate-level radioactive waste.

But several U.S. lawmakers have expressed concerns. In a letter to President Barack Obama two weeks ago, Illinois Senator Mark Kirk urged the administration to order a bi-national review of the plan under the auspices of the International Joint Commission that overseas Great Lakes issues. Mr. Kirk, co-chair of the Senate's Great Lakes Task Force, said the repository represents a "serious threat" to the lakes.

OPG spokesman Neal Kelly said the corporation was fully prepared to meet the proposed conditions laid down by the review panel, and that they would not pose a challenge to the project. OPG is negotiating with the Saugeen Ojibway First Nations in an effort to obtain their consent, and has said the project will not proceed without their approval.

Among the conditions, OPG will be required to report annually on the operations of the repository, including "any corrective actions taken by the proponents, or proposed to be taken, should the predictions of environmental effects prove to be inaccurate or the mitigation measures prove not to be effective." 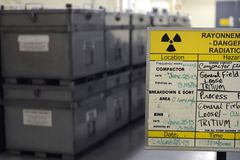 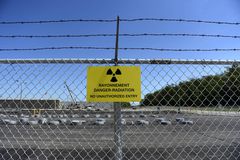 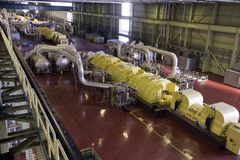 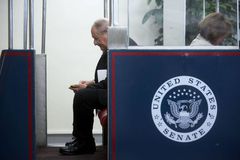