Canada is having a foster-parent crisis, with so few people willing to serve that one province is preparing to house infants in group homes if necessary.

On Prince Edward Island, there are just 60 foster homes for about 225 children in care. As a result, cribs have been put in five provincial group homes in case infants requiring foster care have to be housed there.

"We are struggling with being able to find sufficient numbers of foster parents to meet our needs," said Maureen MacEwen, provincial co-ordinator for PEI Child Protection Services.

"Because our numbers of foster homes are dwindling, we're always looking at the possibility that we may be faced with a situation where we have a child, or an infant or toddler that comes into our care that we don't have an available foster home for at that particular time."

Ms. MacEwen said so far, they haven't had to put an infant in a group home, but it has been close.

Though no other provinces have been forced to contemplate group homes for infants, the president of the Canadian Foster Family Association said the foster-parent shortage has reached a crisis point nationally, with several jurisdictions routinely forced to house older children in hotels.

"It's not a good scenario. But I guess they have to do something with the children," Sheila Durnford said from her home in Langley, B.C.

Wayne MacFarlane, president of the PEI Federation of Foster Families, said the shortage is putting a lot of pressure on the foster parents left in the system.

"When they look you in the eye and say this baby is going to a group home or your home – you decide. What choice does the foster parent have? So now, instead of having three foster children, they have four," he said.

Mr. MacFarlane said while foster parents do get a tax-free stipend of $600 to $1,400 a month to look after a child, it doesn't always cover all the costs, and there are no paid benefits or holidays.

"The philosophy of foster parents is we don't do it for the money, but we can't do it without the money," he said.

Children are placed in foster care when their parents are not able to look after them. That can either be voluntary, or children can be removed from a home for their protection. It is usually a temporary measure.

Mr. MacFarlane suggests more foster parents could be recruited and retained if their role became that of paid professionals with benefits.

But Ms. Durnford doesn't like the idea of making fostering a job.

"It would change the whole scope of fostering. I wouldn't do it if it was like that, but I'm old-school and I want it to be like a home and these are my kids when they are in my home. Otherwise, it's like a group home," she said.

"We look at this as a vocation, not a profession," she said.

"It continues to go down," Ms. Demers said. "There really is a crisis."

Ms. Demers said while there's a shortage in Ontario, they haven't reached the point of preparing group homes for infant care.

In Quebec, where foster parents are unionized, there are 5,744 foster families and 8,523 children and adolescents in foster care.

Ms. Durnford, who has been a foster parent for more than 28 years, plans to retire soon, joining a large number of current foster parents who feel they are getting too old to continue.

"So it's a lot of stress and strain on the foster parents," Ms. Durnford said.

A report, published in 2014 by the Child Welfare League of Canada, also describes foster care as being in a state of crisis and makes recommendations for recruitment.

The document, called Every Child Matters, said that rather than trying to pull at the heart strings of the public, word-of-mouth from satisfied caregivers is the most effective way to recruit.

Ms. Durnford said the shortage of foster parents tends to be a cyclical problem and she's cautiously optimistic for the future.

"I can't be anything other than optimistic for the kids' sake," she said. 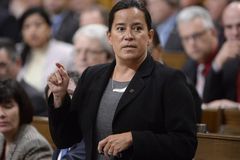 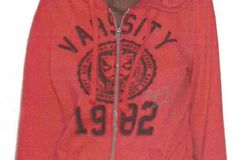 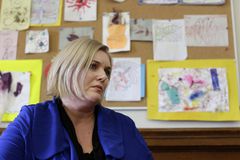