A defrocked Arctic priest was sentenced to 19 years in prison for dozens of horrendous sex offences against Inuit children, while his victims received a plea from the sentencing judge.

"Your anger must be put aside," Justice Robert Kilpatrick told the victims of Eric Dejaeger in his written decision released Wednesday. "Your trust in others must be restored. You must learn to rely on the good around you.

"Despite what has happened to you, there is still much good in people."

Dejaeger's acts took place 35 years ago in the remote Nunavut community of Igloolik where he was an Oblate missionary. The details of the 32 convictions are so appalling, Kilpatrick's sentencing judgment comes with a warning of graphic content.

Many testified at trial that Dejaeger, now 67, trapped them into sex by threatening them with hellfire or separation from their families if they told. Sometimes he dangled food in front of hungry children as a lure.

One man said that the smell of mouldy wood still takes him back to the mission's boiler room where Dejaeger raped him. A woman told court she blames Dejaeger for the scars that have been diagnosed on her womb. Many spoke of lingering anger and depression and of attempts to flee those feelings through booze and drugs.

Kilpatrick wrote that such damage calls out for a harsh sentence – especially in a territory where high rates of sexual abuse blight many lives.

"An exemplary sentence is needed to reflect not only the high moral blameworthiness associated with the crimes, but to denounce and deter sexual offences against children and adolescents in Nunavut," he wrote.

"Your selfishness has devastated a generation of young Roman Catholic parishioners in Igloolik," he wrote. "For many victims, the commission of your offence has marked the end of living and the beginning of their survival."

Dejaeger received eight years worth of credit for time served and will spend no more than 11 years in jail for these offences. Although his lawyer told the judge that his client feared dying in prison, Kilpatrick said Corrections Canada is capable of dealing with Dejaeger's health concerns.

Dejaeger has already served one five-year sentence on 11 counts of assaulting children in Baker Lake, Nunavut.

In 1995, after he had served that sentence, he learned RCMP were about to charge him with the Igloolik offences and fled to his native Belgium.

Oblate officials have acknowledged that they knew Dejaeger was about to depart. Dejaeger testified Canadian justice officials told him the easiest thing would be for him to quietly leave.

For 16 years, he lived in homes maintained by the Oblates despite an international warrant for his arrest. Eventually, journalists revealed he was living in Belgium. He was returned to Canada in 2011. 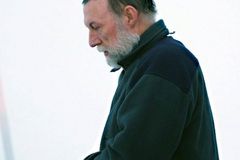 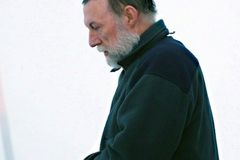 Can domestic abusers be rehabilitated?
January 30, 2015 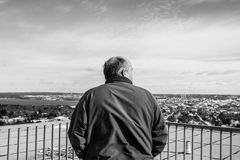