A former senior prison manager testified Wednesday to writing a flurry of memos critical of guards for rushing into the cell of a teenager to cut ligatures from her neck.

In often halting testimony, Joanna Pauline said the memos were sent to middle managers at the behest of the warden, Cindy Berry, in the months before Ashley Smith choked herself to death as guards stood by.

"[Ms. Berry] was teaching me we didn't have the authority to intervene and cut the ligature off, because she wasn't in medical distress," Ms. Pauline testified in coroner's court. "I thought they [the guards] were equipped to be diagnosing it [the distress]."

Ms. Pauline, the deputy warden, denied giving any orders to guards to stay out of Ms. Smith's cell as long as the inmate was still breathing.

In an e-mail to Ms. Pauline in August, 2007, when Ms. Smith returned to Grand Valley Institution in Kitchener, Ont., for a second stint, Ms. Berry told her the prison would be "under a great deal of scrutiny."

Ms. Pauline admitted asking for changes in reports on guards' frequent interventions with Ms. Smith so as "not to alarm" national headquarters. Once again, she said it was on orders from Ms. Berry, who took over as warden in the summer of 2007.

"Why was there a concern about alarming NHQ? If the truth would alarm them, shouldn't they just be alarmed?" coroner's counsel Jocelyn Speyer asked.

"Yes, I don't know why," Ms. Pauline responded. "I just know there was this constant feeling we were being questioned."

She did say she believed the number of incidents in which guards used force on the inmate were considered a "performance measure" for the prison's management.

Ms. Pauline described an institution under dire stress in the weeks before Ms. Smith died on Oct. 19, 2007. She blamed severe understaffing, management changes and the inordinate difficulty in dealing with the disturbed inmate, who showed ingenuity in fashioning and hiding ligatures, and was on constant suicide watch.

"Nobody knew the role, and the workload was growing exponentially," she said. "I was feeling absolutely overwhelmed."

On the stand, Ms. Pauline displayed little of the self-described "dynamic and energetic individual" of her resume. She frequently said she could not remember events, such as whether there were any management discussions about the cell-entry issue. She said she was unaware of any orders given to guards about when to enter Ms. Smith's cell.

Ms. Pauline also said she could barely remember meeting Ms. Smith in person, their conversations, or even whether the teen was polite. She was unable to remember reports describing Ms. Smith as clearly showing the effects of suffocation, or tell coroner's counsel much about the self-harming behaviour.

"I think it was ligature use and head banging," she said.

She did say she was told Ms. Smith was badly behaved rather than mentally ill, and believed guards were not to reward her by showing warmth if the prisoner was acting out.

At the time of her death, senior management had sent 38 memos warning guards against unnecessary interventions. Disciplinary action against several of them was scrapped after Ms. Smith died.

Ms. Pauline testified about her fractured relationship with Ms. Berry, who cut her out of management meetings and called her an "administrative assistant" with no vision for the institution.

"I found that quite disrespectful of me," Ms. Pauline said.

Previous witnesses have been fiercely critical of Ms. Pauline and her approach to the handling of Ms. Smith, 19, of Moncton, N.B., who was becoming increasingly prone to self-harming.

In June, the chief prison's psychologist, Cindy Lanigan, testified Ms. Pauline ordered her to change recommendations on keeping Ms. Smith safe, and badgered and denigrated underlings constantly in a "reign of terror."

Still, Ms. Pauline can be heard lending a sympathetic ear to frustrated middle managers in several audio recordings played for the inquest into Ms. Smith's death. She said she now considers her assessment of staff conduct was in error.

"Sometimes, I wish I would have pieced together what was going on," she said. 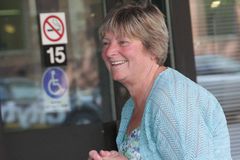 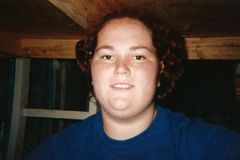 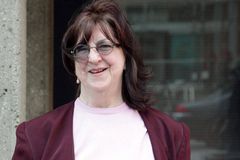