Defence officials have released the name of a soldier at CFB Valcartier in Quebec who died Dec. 2, the fourth apparent Canadian Forces suicide in a week.

He is identified as Master Cpl. Sylvain Lelievre, from the 3rd battalion of the Royal 22nd Regiment.

Veterans advocates say the number of suicides within the military in recent days may only hint at the magnitude of the problem.

The rash of suicides – along with Senator Romeo Dallaire's admission that the deaths have left him unable to sleep – are bringing up questions about the military's approach to mental illness and post-traumatic stress disorder.

Another of the suicides happened at the Lethbridge Correctional Centre in Alberta, after artillery soldier Travis Halmrast was held on domestic assault charges. Defence officials are investigating Mr. Halmrast's death, as well as the deaths of two other Canadian soldiers. All three men had served in Afghanistan.

The plight of Canadian soldiers received even more attention Tuesday, after Mr. Dallaire, himself a retired general, fell asleep at the wheel of his car Tuesday and crashed into a traffic barrier on Parliament Hill. Afterwards, he told reporters that the crash was partly caused by news of the deaths, which had left him unable to sleep.

"I simply ran out of steam and fell asleep and crashed my car," he said.

It is not known if any of the four men had PTSD, but former veterans and experts pointed to mental illness as a potential cause.

"Your soldiers are starting to come back. They're stressed to the eyeballs. They do not know how to deal with civilian life," John Collins, a British war veteran diagnosed with PTSD about six years ago told The Canadian Press.

"You are on automatic, back in the wars. Once the adrenalin is gone, there is no hope."

Another former soldier, Master Cpl. Kristian Wolowidnyk, who served as a combat engineer in Kandahar in 2009 and 2010, told The Canadian Press that he attempted suicide himself when he was discharged by the military because of his PTSD. He said that the military told him that his psychological injuries, including anxiety and serious depression, meant he could no longer remain in the military.

"I have never wanted to be anything other than a soldier," he said. "It is the only real job I've ever had."

His wife, Michele Wolowidnyk described mental illness as a result of serving in Afghanistan "an epidemic."

"There are undoubtedly way more of them than anybody thinks that there are. A lot of these guys aren't seeking treatment and the ones that are not getting good enough treatment."

Col. Rakesh Jetly, a military psychiatrist, said that the number of soldiers dealing with PTSD is expected to rise in coming years because of the return of soldiers who served in Afghanistan.

Mr. Collins had especially harsh words for the justice system – he himself was at the same jail where Mr. Halmrast had been held before his death, and said that neither he nor Mr. Halmrast should not have been jailed in the first place.

"He shouldn't have been there," he said. "From the moment they found out he was ex-military, alarm bells should have been ringing."

Defence Minister Rob Nicholson issued a statement earlier this week, saying that his "thoughts and prayers continue to be with those who have been affected" by the suicides.

"We all have a role to play in reaching out to those who are hurting and encourage them to get help. I want to remind those who may be going through difficult times that you are not alone and there is support available to get you through this." 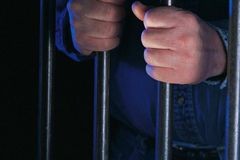 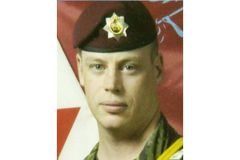 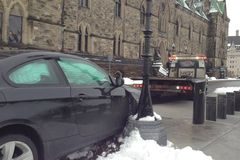 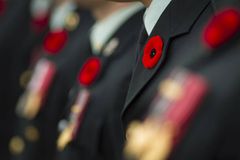 Canada set to close out its mission in Afghanistan
November 28, 2013 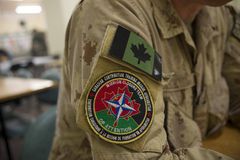