An international affairs think tank says economic development in Canada's Arctic is falling far behind that in northern regions in other parts of the world.

"There's just no sign of the vision and long-term political energy required to bring us up in any way close to the gap that's emerging with Russia and Norway as the Arctic Ocean opens," said John Higginbotham of the Centre for International Governance Innovation.

The centre is holding a conference this week in Ottawa with the premiers of Canada's three northern territories, as well as with top officials from Alaska and Greenland. Higginbotham said its purpose is to draw attention to how far North America lags behind Europe and Asia in developing its Arctic regions.

"In Norway, the North is the first thing they think about in the morning and the last thing they think of at night. It's probably the same for (Russian President Vladimir) Putin," said Higginbotham, who authored a study for the centre on how different countries regard their Arctic regions.

"In Canadian consciousness, it's not a consistent national priority. There's no one worrying about long-term economic development in the Arctic and making the kind of investments we need."

Higginbotham said Russia is building liquefied natural gas facilities in its Arctic and using ice-breaking tankers to bring the product south. Russia is also investing in the Northeast Passage, a waterway over the top of the continent that is likely to be commercially feasible long before its Canadian counterpart.

Plans for a road into the mineral-rich centre, with a deepwater port to move ore south, have remained unfulfilled for decades. The federal government is currently considering a $365-million funding request for it.

Although an all-weather road was recently completed to the Beaufort Sea coastline, the Northwest Territories is still asking for money for a route up the Mackenzie Valley.

Internet access throughout much of the Arctic is primitive by southern standards. Few northern coastal communities have docking facilities despite growing tourism.

Decisions made in the south, such as the Trudeau government's five-year moratorium on Arctic offshore energy development, don't help, said Higginbotham.

The federal Liberals, more than halfway through their mandate, are still consulting on a formal Arctic policy.

He said attending recent conferences in other Arctic jurisdictions such as Iceland have brought home to him how high latitude doesn't have to mean low investment.

"Other Arctic countries were saying they were making substantial investments in the North and the North was the leading part of their economy. It made me sit up and take notice."

Higginbotham said the Canadian North should start forming alliances with groups in Alaska and Greenland.

"Perhaps this will contribute to looking at the North American Arctic as a region," he said. "By working together as a united front, they'll be able to move national governments and the private sector."

"We're strongly suggesting it would be much better to have an alliance between the Arctic territories, Greenland, Iceland, the Faroe Islands – all of those jurisdictions have similar issues."

The conference is scheduled to run through Saturday. 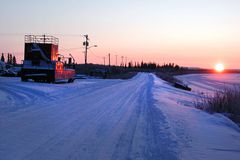 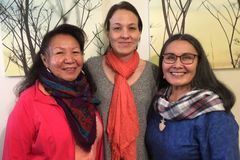 Ian Brown: Factions and tears in the Arctic aboard the C3 as Southerners confront their own battles with reconciliation
October 28, 2017 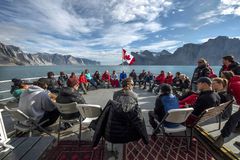