Like many Canadian doctors, Duda Uchman does not think of herself as rich.

It doesn't explain that 35 per cent of what she bills goes to overhead for her family medicine and obstetrics practice in Nanaimo. It doesn't reveal that she worked all but two days in the month of September. It says nothing about her lack of a pension, or the $250,000 in debt she accumulated putting herself through school, a hole that she and her husband, a teacher turned stay-at-home dad, are still trying to claw their way out of while raising two small children.

For Dr. Uchman, 40, this workaday reality begins to explain why doctors are so upset about a proposed tax overhaul that could hurt their bottom lines.

Inside the Liberals' controversial tax changes: What's proposed, why they're doing it and what comes next

Many feel burned out, not prosperous – never mind their tax brackets.

"I'm already working as much as I possibly can. I can't work any more," Dr. Uchman said. "I feel like I'm already sacrificing all the time I have with my family."

Of all the groups rending their garments over the Trudeau government's plan to change the way small businesses are taxed, none have done it with as much fervour as doctors.

Physicians have marched on Parliament, signed petitions in the thousands, bombarded social media with complaints and exhorted their well-oiled professional associations to lobby hard against the proposals, all to no avail. The outcry doesn't appear to have moved Finance Minister Bill Morneau or his boss, who say a fairer tax code is paramount. A 75-day consultation period on the plan ends Monday.

Not all physicians oppose the tax proposals. More than 450 signed an open letter backing the potential changes, some of whom say they are embarrassed by the griping of colleagues who are much better off than the patients they treat.

But on the whole, the medical profession – a group whose average annual gross billings, before overhead, were $339,000 in the most recent year for which figures are available – is up in arms at the prospect of losing some tax advantages.

There are two big reasons for the doctors' fury, according to interviews with physician leaders and front-line doctors.

The first is the suggestion that physicians are taking unfair advantage of a tax structure that some provincial governments actually encouraged them to use.

That sentiment is especially strong in Ontario, where one of the key benefits of incorporation was extended to doctors in lieu of higher fee increases in a 2005 contract, and where recent unilateral cuts by the government contributed to a 6-per-cent drop in doctors' average annual gross billings over four years.

The second is the way the changes could affect doctors' ability to sock money away for retirement and enhanced maternity leave.

Young women are flocking to medicine. Among doctors under 40, 54 per cent are female. Many do not like the idea of their "feminist" Prime Minister making it harder for them to afford to stay home with their infants.

"I've been hearing from a lot of these women who are truly gutted," said Gigi Osler, the president-elect of the Canadian Medical Association.

To better understand why doctors are furious, it helps to first understand the system in which they work.

A small number of doctors are salaried government employees with pensions and benefits. However, the vast majority are independent contractors who sell their services to a single payer, the provincial or territorial government, which sets fees by negotiating new contracts with physicians every three or four years. Doctors cannot raise their prices like other small business owners.

Family doctors generally rent or own their clinic buildings, pay the salaries of nurses and receptionists and buy all their own supplies, right down to the crinkly paper on their examining tables.

Hospital-based doctors are usually independent, too. Most bill their province's public health-insurance plan directly rather than working as salaried employees of the hospital.

Two-thirds of Canada's physician-cum-business owners have chosen to incorporate, most for the tax advantages.

The first would effectively end "income sprinkling." Doctors, like some other small-business owners, can appoint their spouses and children to the boards of their corporations, then pay them dividends that are taxed at a lower rate if those family members don't have much income of their own.

An existing rule called the "kiddie tax" makes it financially pointless to sprinkle income to children under 18. The government's proposal would apply the same rule to family shareholders over the age of 18 unless they make a "reasonable" contribution to the business.

The second change seeks to stop incorporated business owners from holding "passive" investment portfolios inside their corporations, where the investments are taxed much more lightly than they would be outside a corporation.

Some of that gap would be erased when the portfolio is wound down, but the practice still gives incorporated Canadians a head start that their unincorporated peers don't have. (Mr. Morneau has said that existing passive investment portfolios would be spared; the proposed change, which has yet to be fleshed out, would apply going forward.)

Dr. Uchman and her husband, Ryan, are most worried about how the proposed changes to income sprinkling would affect them. They don't have enough money to invest passively inside their corporation because they're still paying off Dr. Uchman's student loan.

"There's a basic issue of fairness here," said Kevin Milligan, an economics professor at the University of British Columbia who advised the federal government on tax policy last fall and acted as an unpaid adviser to the Liberals in the last election.

He doesn't buy the medical profession's argument that they need these advantages to save for retirement or maternity leave, or to cushion the blow if they fall ill and can't work.

"I'm a bit confused by this," Prof. Milligan said. "It's like, 'If I don't do it inside a corporation, I can't do it.' Well, that's not true. You can save outside a corporation. That's what all the unincorporated people in Canada who don't have those benefits have to do."

He does have some sympathy, however, for doctors who were granted the benefits of incorporation explicitly by the provinces.

Both John Rapin, the president of the Ontario Medical Association in 2004-05, and Ruth Wilson, a Kingston family doctor who was a negotiator on the Ontario government's team in 2005, recall that a promised tweak to incorporation rules helped clear a logjam in talks that had resumed after doctors voted against a tentative deal in the fall of 2004.

"It was a big carrot for us to achieve that," Dr. Rapin said in a recent interview.

The province agreed to amend its incorporation rules so that doctors could could make spouses and children shareholders in their companies, a move that allowed some physicians to pay less tax, including federal tax.

The Trudeau government's proposed crackdown on income sprinkling would negate that benefit.

"Ontario was very clever, too clever by half in fact," said Vern Krishna, a veteran tax lawyer who teaches at the University of Ottawa. "They made the concession, but somebody else picked up the dinner tab."

The medical associations in Saskatchewan and Newfoundland and Labrador said their doctors also gained the ability to incorporate during contract negotiations in the 1990s. Others said doctors in their province have enjoyed the tax benefits of incorporation for decades, a fact that has tempered their demands at the negotiating table.

There is another benefit that medical associations in every province have managed to negotiate in lieu of fee increases: Pregnancy and parental leave.

"It's very generous," said Rita McCracken, a Vancouver family doctor who used B.C.'s plan when she had her daughter six years ago. "That's way more than what most women in Canada are able to access."

Generous as they appear on paper, the plans fall short of covering overhead for many doctors.

Sarah Caines, a 37-year-old family doctor who practises outside of Saint John, said she could not afford to stay home for more than four months after her first daughter was born three years ago.

When she had a second daughter, 10 months ago, the current tax rules helped her save enough to fund part of a six-month maternity leave, although she still racked up additional debt.

If the rules change, she fears she won't be able to save enough to take a substantial maternity leave if she chooses to have a third baby.

"It's so disheartening for there to be this negative perception [of doctors]," she said, not long after finishing a 72-hour obstetrical call shift at a hospital. "I'm certainly not the 1 per cent."

Dr. McCracken, one of the physicians who drafted the open letter supporting the tax changes, said she feels for her colleagues who are "expressing so much anguish" about struggling to save for retirement, maternity or sick leave.

"But let's have direct solutions, not the maintenance of this complicated, Byzantine tax structure," Dr. McCracken said. "It feels like a Scotch tape and dental floss solution, the way things are now."

Dr. McCracken's suggestion could rekindle a long-smouldering debate about how physicians should be remunerated. Would Canadian doctors – and patients – be better off if they were salaried employees with government benefits?

Followed to its logical conclusion, the idea could mean upending Canada's health-care system. But it certainly appeals to Dr. Uchman.

"What I would really like, honestly, is to be a salaried physician," she said. "If I just had the option of being salaried and working reasonable hours, I think I would really embrace that as a mom of two young kids."

Editor’s note: A Saturday news story on Canadian doctors and the proposed tax changes said Ontario agreed to amend its incorporation rules so doctors could appoint their spouses and children to the boards of their companies. In fact, the spouses and children could be shareholders, but not directors. 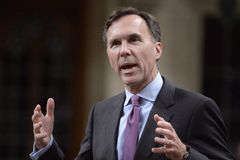 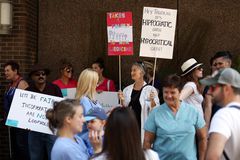 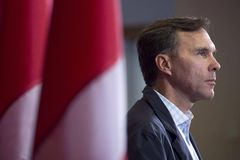