The United Kingdom didn't need a story like the death of Eddie Snowshoe to highlight the dangers of leaving prisoners in prolonged solitary confinement. For decades, punitive segregation has been used far less frequently here than in Canada and the United States – thanks in part to a 170-year-old warning from one of England's greatest writers.

"The system here is rigid, strict, and hopeless solitary confinement. I believe, in its effects, to be cruel and wrong," Charles Dickens wrote in his 1842 travelogue, American Notes, reflecting on a visit to a prison in Philadelphia that year. He concluded that the isolation of prisoners was something that "no man had the right to inflict upon his fellow-creature."

"The number of people who are in what we can really call solitary confinement is four," said Sharon Shalev, a research associate at Oxford University's Centre for Criminology. Short-term isolation – as a punitive measure, often after a prisoner has been violent toward other inmates or staff – is more common, she said. But that practice, too, is tightly controlled.

As detailed in The Globe and Mail, the number of inmates in segregation in Canada is strikingly higher: 7 per cent of federal prisoners last year, up from 5.2 per cent in 1999. 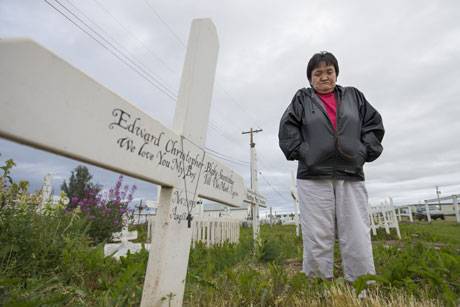 One out of every four prisoners who cycled through federal penitentiaries last year spent some time in isolation, according to Howard Sapers, the Ombudsman for federal prisoners. There is no sign of change coming: In Question Period on Monday, Public Safety Minister Steven Blaney said Canada's policies are "fully aligned with Western countries' modern practices."

In Britain, though, the system is very different. "Unlike Canada, it's really, really well regulated," Ms. Shalev said. "… there is a lot of monitoring at each and every stage of the segregation process. The decision will be reviewed. The prisoner will have a chance to express their views, will have a chance to appeal the decision, and the decision will be looked at within 14 days. Whereas in Canada, I think things are quite open and people can just languish in solitary for quite a long time without any proper review."

Britain, unlike Canada or the U.S., is a signatory to the United Nations Optional Protocol to the Convention against Torture, a pact which allows for international inspection of jails and other places of detention. Juan Méndez, the UN's special rapporteur on torture, has been harshly critical of countries that use solitary confinement for periods of longer than 15 days, saying it was "subject to wide abuse" around the world and caused "harmful psychological effects" among inmates.

Britain is looking at further restricting the tactic. A spokeswoman for Britain's Inspectorate of Prisons said the government recently began a year-long study of detention practices in the country, one that will look at at "whether and how" solitary confinement should continue to be used.

David Wilson, a former governor of some of Britain's most notorious prisons, believes that Mr. Dickens' writings have trickled down through the decades to create a systemic bias against the use of prisoner segregation.

"Everybody recognizes how debilitating being in solitary is for a prisoner," said Prof. Wilson, who now teaches criminology at Birmingham City University. "Going back to Dickens … there's almost a sensibility built into the English penal system that solitary confinement is a bad thing that should only be used in the rarest of circumstances. We've always tried in this country to find ways of keeping prisoners unlocked and socialized."

Ms. Shalev – who authored a book on solitary confinement and calls the practice "a very expensive way of making [prisoners] worse" – said she was "disappointed" that Canada is bucking a global trend that has even seen the U.S. move to reduce use of long-term solitary confinement.

Both Ms. Shalev and Mr. Wilson say they don't believe the British prison system would have allowed someone like Mr. Snowshoe – a 24-year-old who hanged himself four years ago after 162 days in solitary – to be in isolation so long, especially given the signs of deteriorating mental health and his four previous suicide attempts.

"He would have been in a hospital," Prof. Wilson said. "Having someone in solitary when they're clearly psychologically distressed is simply going to exacerbate that psychological distress. It's not a particularly clever option in the circumstances."

But Raphael Rowe, who spent 12 years in British prisons – and a cumulative three years in solitary confinement, by his estimation – before his wrongful conviction was overturned, thinks the British system can get too much credit. While Mr. Rowe agrees that there likely would have been intervention in the event of a case like Mr. Snowshoe's in Britain, Mr. Rowe says that even the limited use of solitary confinement allowed in Britain can be horribly damaging.

Mr. Rowe was imprisoned for murder and violent assault in 1988 after police paid someone to testify against him. He was held in a high-security prison and, because he continued to protest his innocence – he says by "refusing the prison regime" – he was repeatedly put into isolation as punishment. He describes what he went through as torment.

"I was held in a prison within a prison. I was on my own…. The pressure on the 20-year-old young man that I was was enormous. It puts you in a very deep and dark place. I couldn't socialize with anybody," recalled Mr. Rowe, whose conviction was overturned in 2000. He says he was also physically "brutalized" by prison staff.

Mr. Rowe, who now works as an investigative reporter at BBC television, says he never contemplated suicide, but heard of – and saw – other inmates who did kill themselves. Mr. Rowe says his knowledge that he was innocent helped him pull through his own ordeal, but he says he can easily understand why someone in solitary would consider ending his own life.

"If someone is in that very dark and lonely place, and if they are guilty, I can imagine some – but all – will be tormented by guilt at what they've done," he said. "And if they have even a minor mental illness, they're at that crucial point where they need support, rather than pressure."